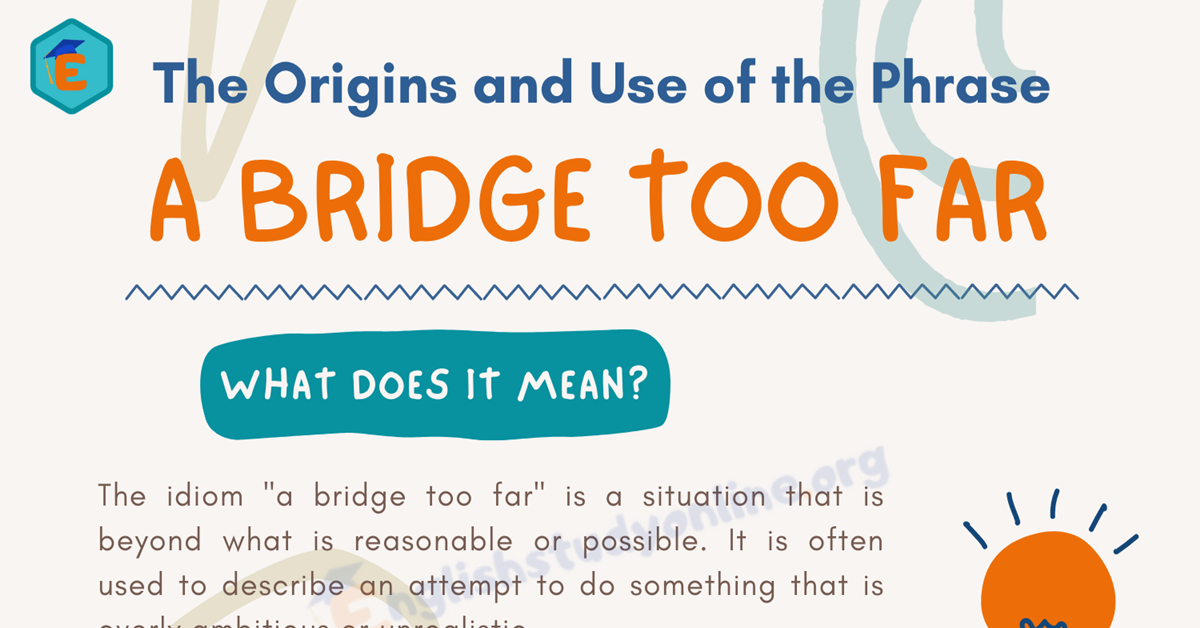 Have you ever heard someone say “that’s a bridge too far” and wondered what it meant? This common idiom is used to describe a situation that is beyond what is reasonable or possible. But where did this phrase come from, and how is it used in modern language? In this article, we will explore the history and meaning of the idiom “a bridge too far” and how it is used in everyday conversation.

A Bridge Too Far

What Does “A Bridge Too Far” Mean?

The literal meaning of the phrase “a bridge too far” refers to an attempt to go beyond what is reasonable or possible. The phrase originated from a military operation during World War II, specifically the Battle of Arnhem in the Netherlands in 1944.

During the operation, Allied forces attempted to capture several key bridges in the Netherlands in order to gain a strategic advantage over the Germans. One of these bridges, the Arnhem bridge, was considered a crucial target. However, the distance between the Allied forces and the bridge was much further than anticipated, and the operation ultimately failed.

The figurative meaning of the idiom “a bridge too far” is a situation that is beyond what is reasonable or possible. It is often used to describe an attempt to do something that is overly ambitious or unrealistic.

For example, if someone says “trying to organize a conference in just one month is a bridge too far,” they are saying that it is not reasonable to try to plan such a large event in such a short amount of time.

The phrase can also be used to describe a situation in which a person or group has taken on more than they can handle. For example, if someone says “taking on two new clients at the same time was a bridge too far,” they are saying that they took on too much work and it was not reasonable or possible for them to manage it all.

In general, the figurative meaning of “a bridge too far” is used to describe a situation that is beyond what is reasonable or achievable. It is often used to caution against overreaching or taking on too much at once.

Synonyms for the Phrase “A Bridge Too Far”

Here are a few example sentences using some of these synonyms:

A Bridge Too Far | Infographic 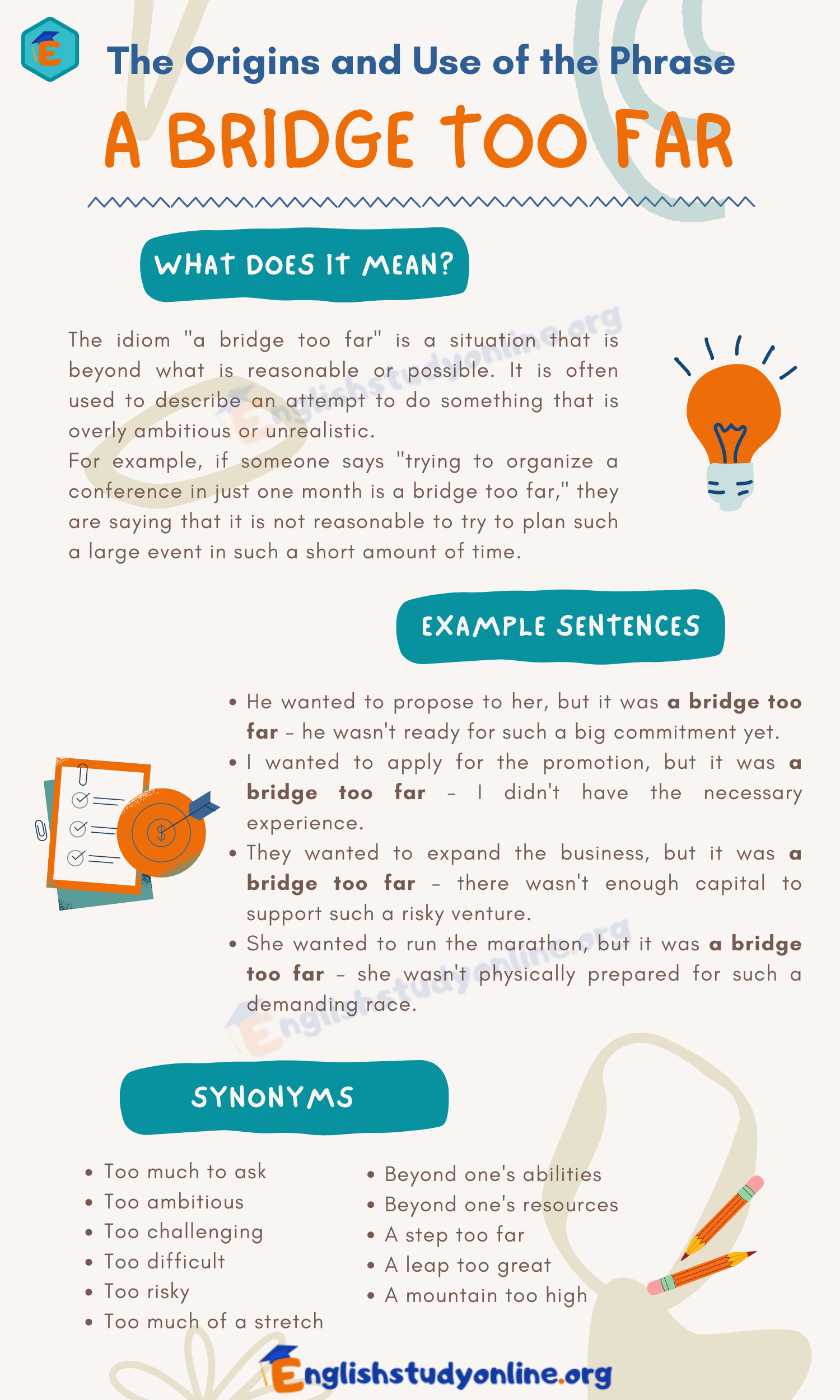