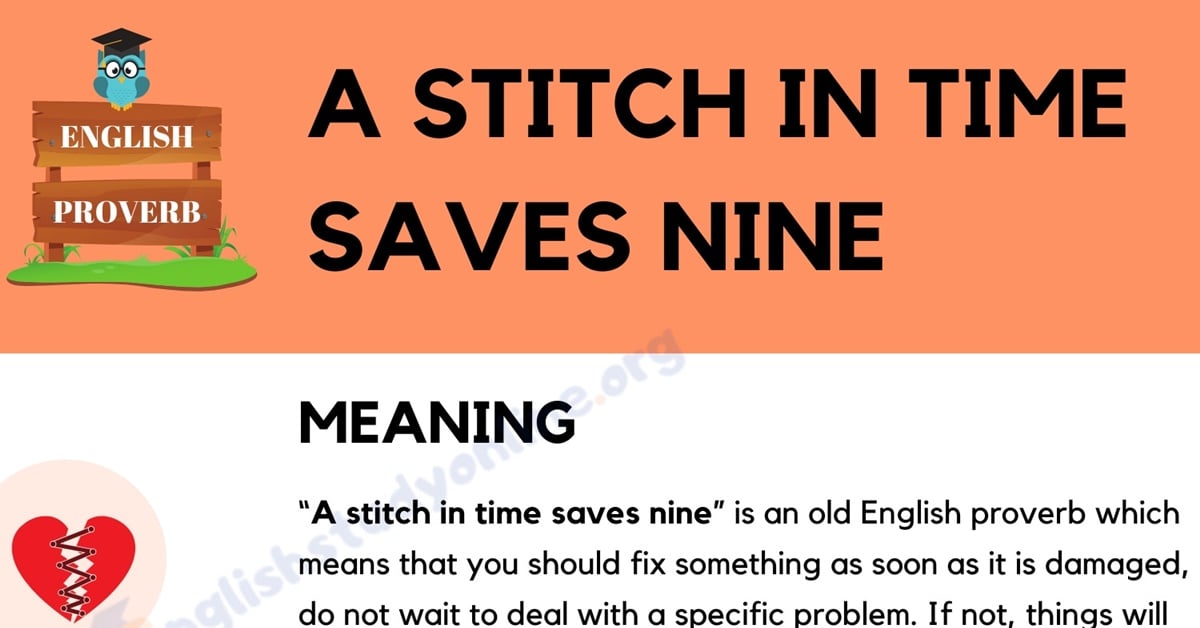 A Stitch in Time Saves Nine! The phrase “a stitch in time saves nine” is a common proverb you might hear during an everyday conversation or possibly see in writing. Here you will find the meaning of this phrase and examples of statements so you can see how the phrase is used properly in conversation, followed by some other ways you could say the phrase and convey the same thought.

A proverb is a simple, concrete, traditional saying that expresses a perceived truth based on common sense or experience. Some proverbs exist in more than one language because people borrow them from languages and cultures similar to theirs.

A Stitch in Time Saves Nine

“A stitch in time saves nine” is an old English proverb which means that you should fix something as soon as it is damaged, do not wait to deal with a specific problem. If not, things will get worse and the problems will take longer to deal with.

In other words, this proverb means that a timely effort that will prevent more work later. It certainly means prevention is better than cure. Furthermore, this important phrase tells us procrastination is a bad habit. Hence, if a problem exists, then one must fix it immediately. If not fixed in time, then even more problems can arise.

A Stitch in Time Saves Nine is a wise saying. This phrase refers to a hole in a cloth. This hole would certainly get bigger if not fixed in time. 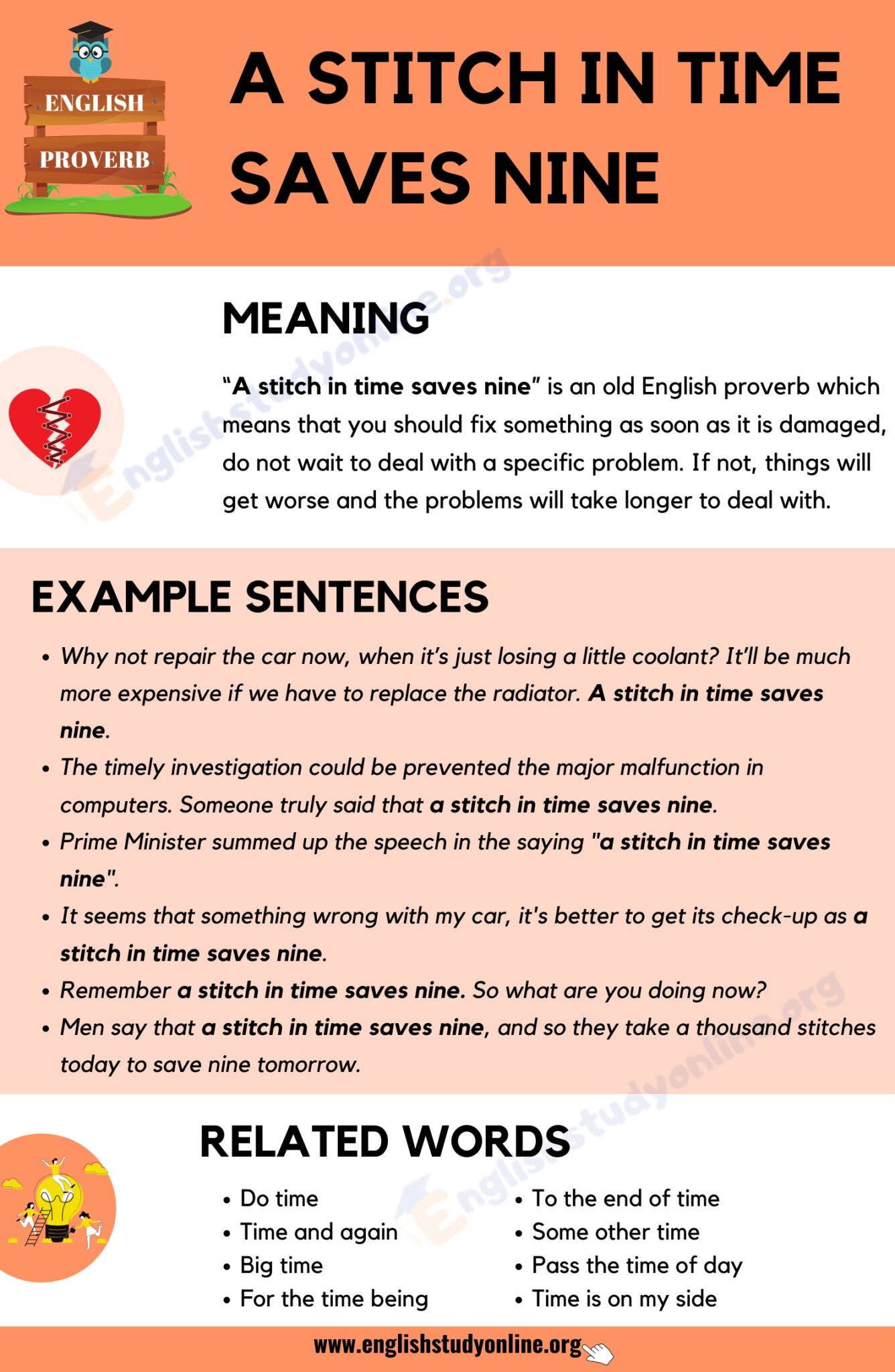 The definitions could be smaller and understandable.

nice but not very much clear and not understandable