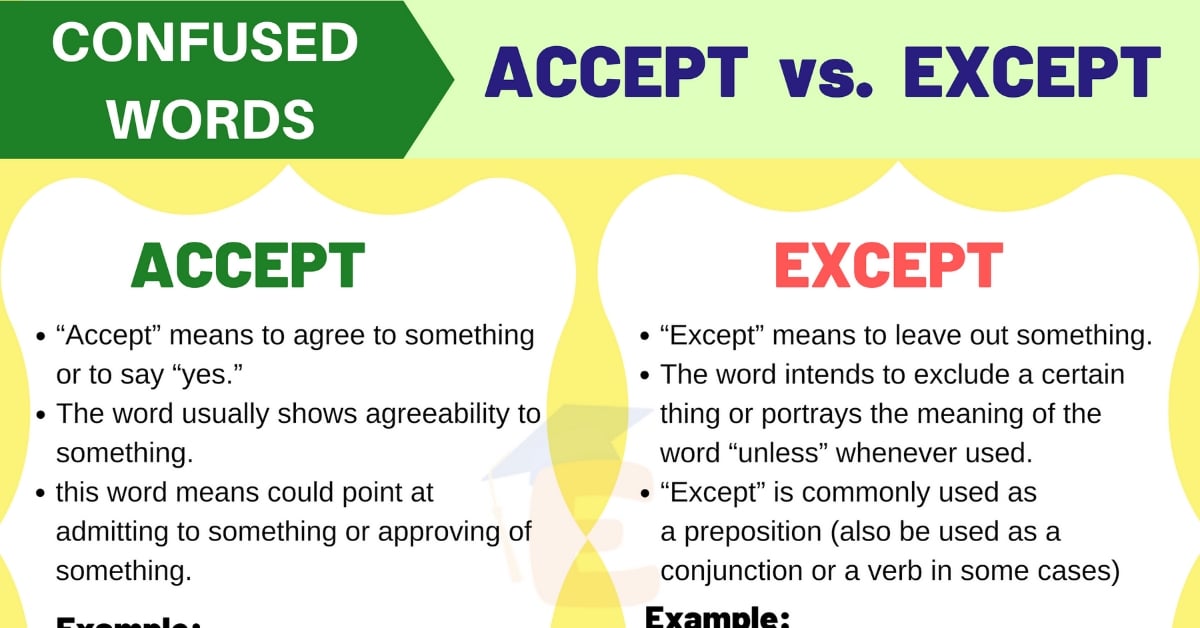 Accept vs except are two commonly used words in the English language, but they are often confused with one another. These two words may look and sound similar, but they have entirely different meanings.

The purpose of this article is to provide a clear explanation of the difference between “accept” and “except” to help you avoid these common mistakes and use these words correctly in the future.

The word “except” is used to introduce a statement that narrows down or limits what has been previously mentioned. It is used to indicate that one or more items are excluded from a group or list. It can be used as a preposition or a conjunction.

Here are a few examples of sentences that use “except” correctly:

Here are a few common errors involving “except”:

The Main Differences Between Accept vs Except

“Accept” and “except” are two commonly confused words in the English language. They are homophones, which means they sound the same but have different meanings.

The main difference between the two is that “accept” is a verb that means to receive or take something, while “except” is typically a preposition that means to exclude or leave something out.

Here is a quick reference guide for remembering when to use each word:

Here are some tips for avoiding common errors involving “accept” and “except”:

By following these tips and referring to this quick reference guide, you can reduce the chance of making mistakes when using “accept” and “except” in your writing and speaking.

Understanding the differences between “accept” and “except” is important because these words are used frequently in written and spoken English. Misusing these words can cause confusion and can make your writing or speech appear less polished. By understanding the correct usage of “accept” and “except” and following the tips provided, you can improve the clarity and effectiveness of your communication.

Misused Words in English: Accept vs Except | Image

Accept vs Except – Picture 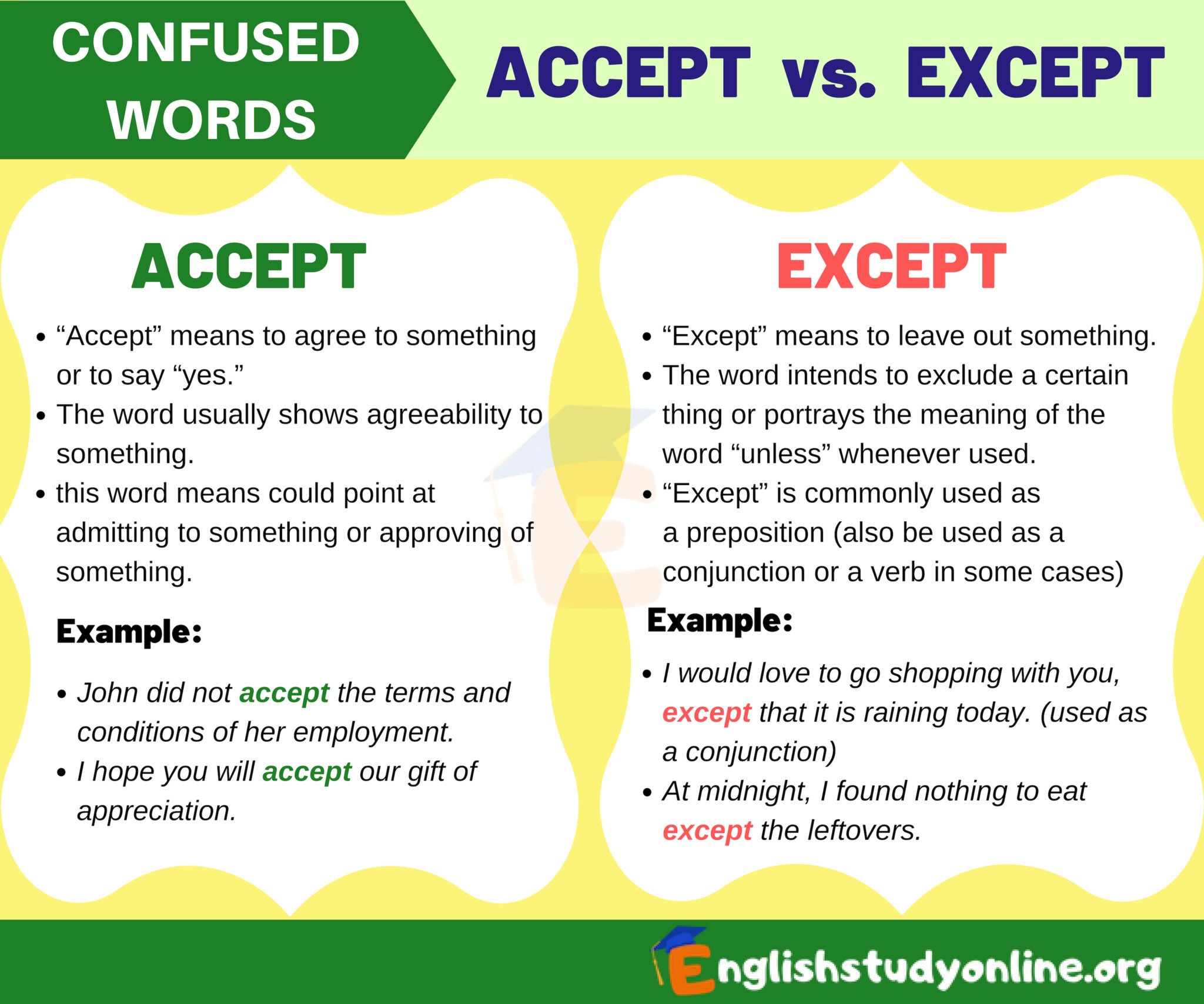