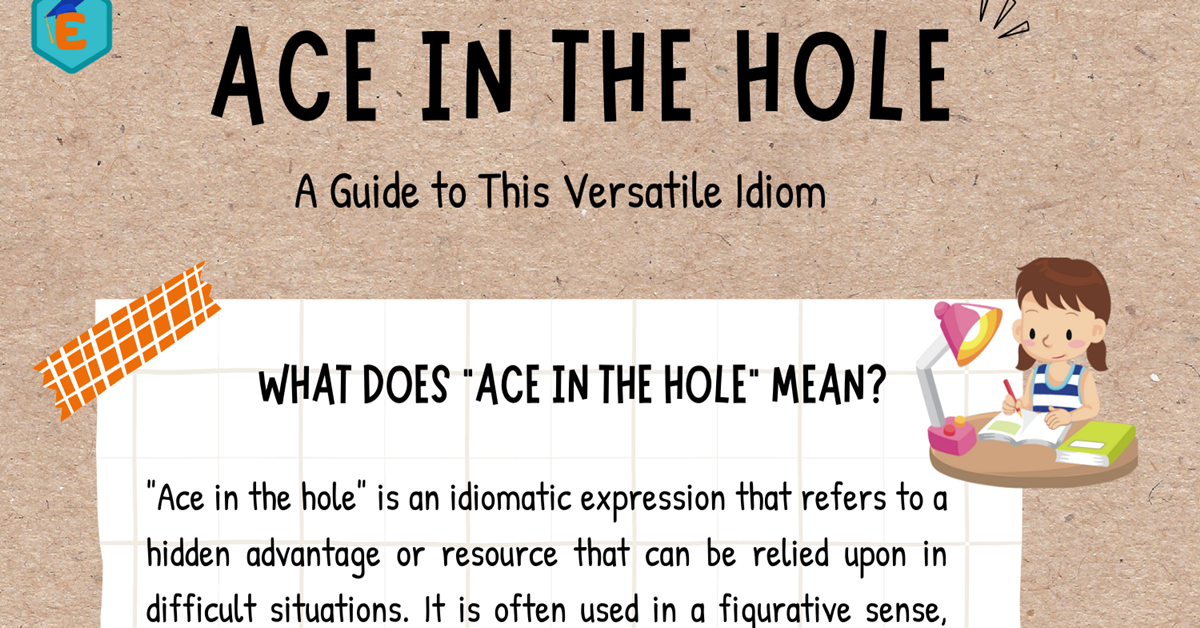 In this article, we will explore the figurative use of “ace in the hole,” as well as the potential negative connotations of relying on a hidden advantage and some example sentences used in different contexts. Through a discussion of the history and modern usage of the phrase, we will gain a deeper understanding of its significance and the various ways it is used in language.

Ace In The Hole

What Does “Ace In The Hole” Mean?

“Ace in the hole” is an idiomatic expression that refers to a hidden advantage or resource that can be relied upon in difficult situations. It is often used in a figurative sense, referring to something that gives a person an edge over their opponents or helps them to come out on top.

The phrase is thought to have originated from card games, where an “ace” is the highest-ranking card and is often considered a trump card that can win a round or game. The phrase “ace in the hole” suggests that a person has a secret advantage or weapon that they can use to their benefit, similar to holding an ace in a card game. It is often used in situations where a person is trying to gain an advantage or overcome a challenge.

Here are some example sentences of the idiom “ace in the hole” used in different contexts:

Synonyms for the Phrase “Ace In The Hole”

Here are some synonyms for the phrase “ace in the hole”:

The Negative Connotations of the Phrase

While the phrase “ace in the hole” is often used to refer to a hidden advantage or resource that can be relied upon in difficult situations, it can also have negative connotations. Some people may view having an “ace in the hole” as unfair or unethical, as it suggests that a person is relying on a secret advantage rather than their own skills or efforts.

Additionally, relying too heavily on an “ace in the hole” can be risky, as it may not always work as expected and can create a false sense of security. It is important to consider the ethical implications of having an “ace in the hole” and to remember that honesty and fairness are crucial in any situation.

Ace In The Hole | Infographic 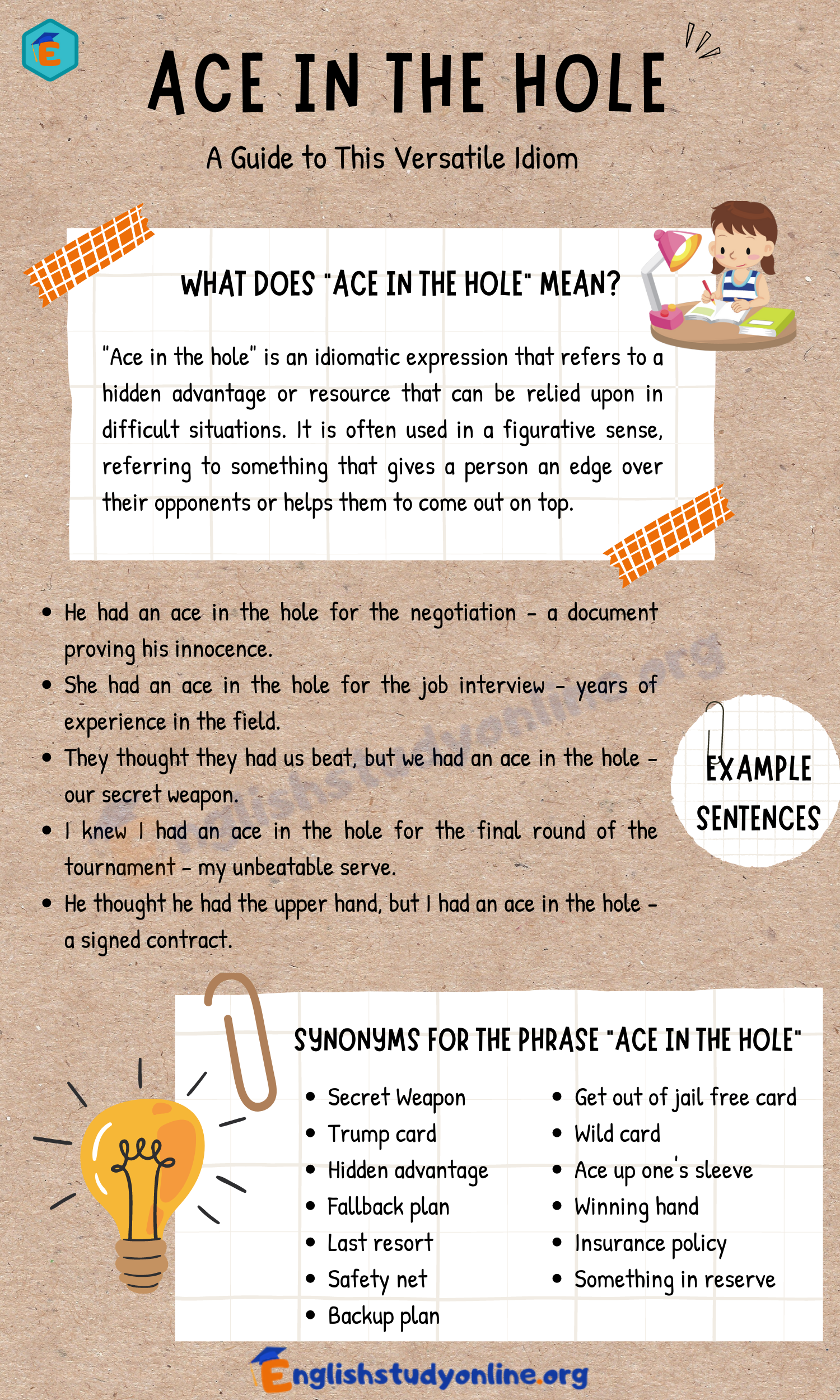