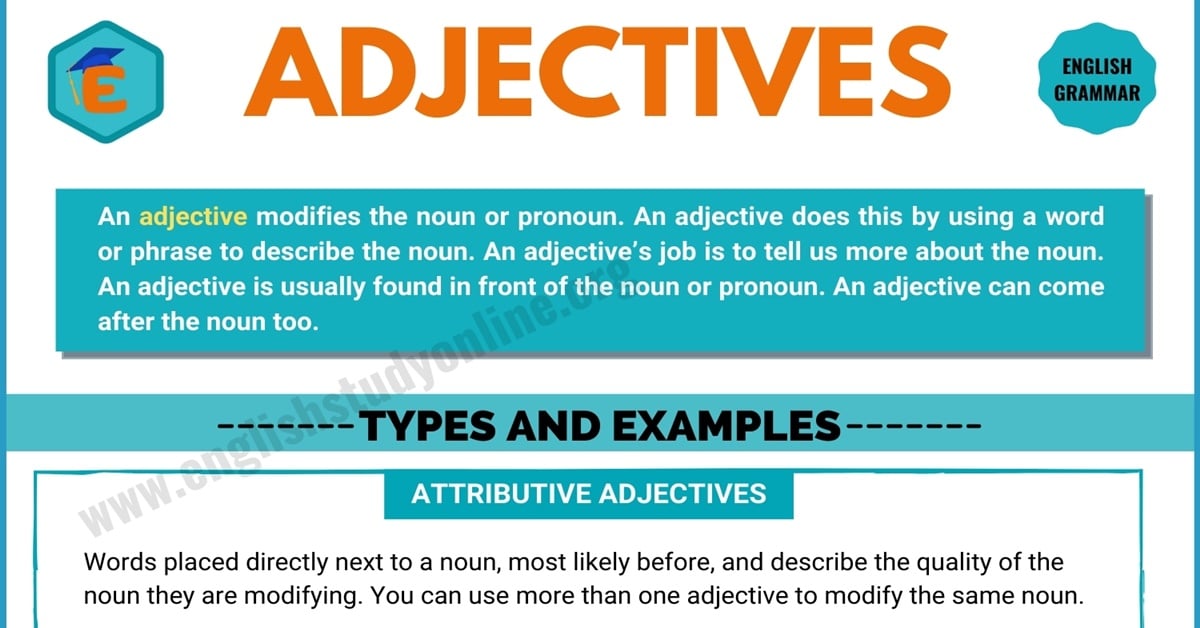 The following lesson provides the definition, rules with different types of adjectives. You will also find the useful list of adjectives and some examples and ESL infographic.

Attributive Adjectives are words placed directly next to a noun, most likely before, and describe the quality of the noun they are modifying. You can use more than one adjective to modify the same noun.

These adjectives are found after a linking verb to form part of the predicate.

The adjectives limit the noun being described. The nine types of limiting adjectives are:

The is used before a noun to specify a specific noun.

Indefinite Article: A & An

When A & An are used with a noun, they mean there is no specific noun to focus on.

2. Possessive Adjectives: Show ownership. Examples: my, your, his, her, its, our.

3. Demonstrative Adjectives: Includes the following words: “this,” “these,” “that,” “those,” and “what”

4. Interrogative Adjectives: Include the following words: “which” and “what”

5. Indefinite Adjectives: Used to modify the noun or pronoun.

7. Ordinal Adjectives: These are used to indicate the position of a noun in a series.

8. Proper Adjectives: Like proper nouns, there are proper adjectives. They are indicated by being capitalized.

9. Nouns Used as Adjectives: Sometimes nouns are used to define and describe other nouns. In these cases, the noun is being used as an adjective. 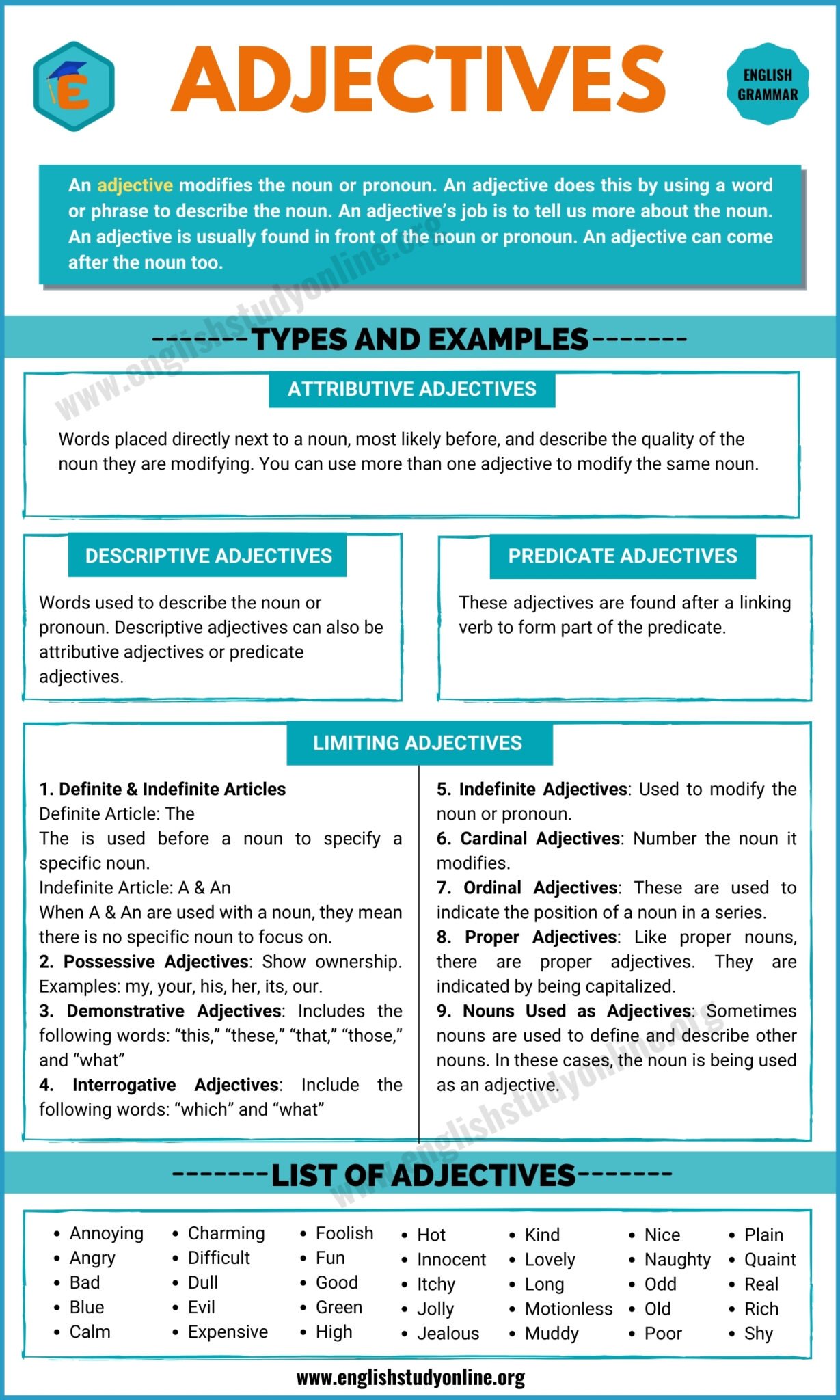