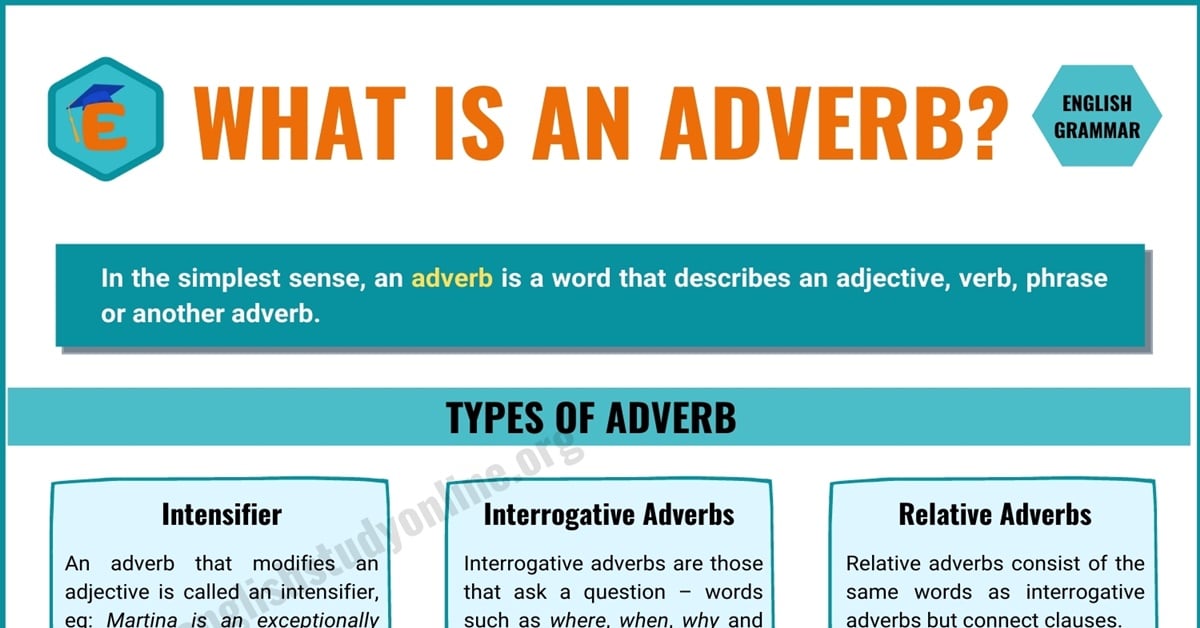 Here we explore the world of adverbs, looking at what they are, the numerous different types and how they are used. Examples are provided to show how the varied forms of adverb are applied.

What Is an Adverb?

In the simplest sense, an adverb is a word that describes an adjective, verb, phrase or another adverb.

Interrogative adverbs are those that ask a question – words such as where, when, why and how.

Adverbial nouns are those that provide information about a distance, direction, duration, measurement, value or where something is. In turn, examples of each are:

Conjunctive adverbs also join clauses with a transition. They usually require a semicolon immediately before them. Examples include the words anyway, besides, consequently, finally, furthermore, however, instead, therefore, subsequently, meanwhile, thus and likewise. Two examples of such sentences are:

The position of adverbs in sentences is not fixed; it is dependent on the type of adverb.

Intensifiers, adverbs that modify adjectives or other adverbs, must be placed immediately before the adjective or other adverb. For example, in the sentence ‘The strangely quiet audience scared John’, the adverb, the word strangely, is placed immediately before the adjective quiet. If the word strangely was placed elsewhere in the sentence it would not be qualifying the word quiet.

However, when an adverb modifies a verb it is usually placed after it. So, in the sentence ‘I drink orange juice daily’, the adverb daily acts to modify the verb drink.

Sentence adverbs (known more formally as sentential adverbs) describe entire sentences, clauses or phrases. Examples include fortunately and luckily and are often used by the speaker to express their opinion about the subject of the sentence. They will usually appear at the start of the sentence or phrase, but at times can also feature in the middle or at the end without changing meaning.

These three sentences have identical meaning despite the different placement of the word ‘unfortunately’. They are equally valid, although the first and third sentences sound most natural to a native English speaker, with the first being more formal than the third. The second is the most formal of the three.

Alternatively, the placement of some adverbs changes both the type of adverb they are and the meaning of the sentence. For example, consider these two sentences:

Many writing experts suggest avoiding the use of too many adverbs on the grounds they weaken impact. As with most opinion on the written word, it is an opinion that should be applied in moderation. Whilst it is true that excessive use of adverbs does detract from good writing, judicious use can enrich it. 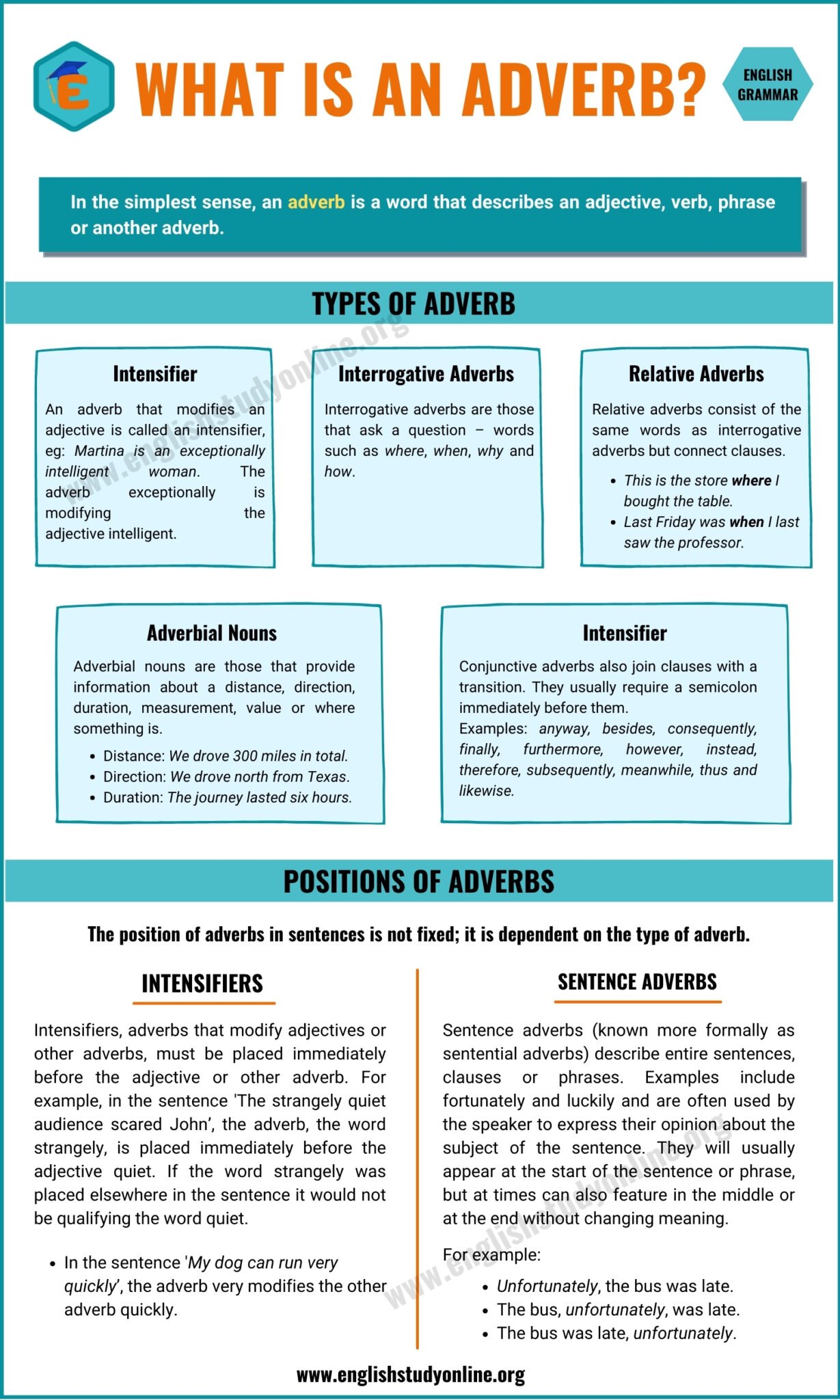