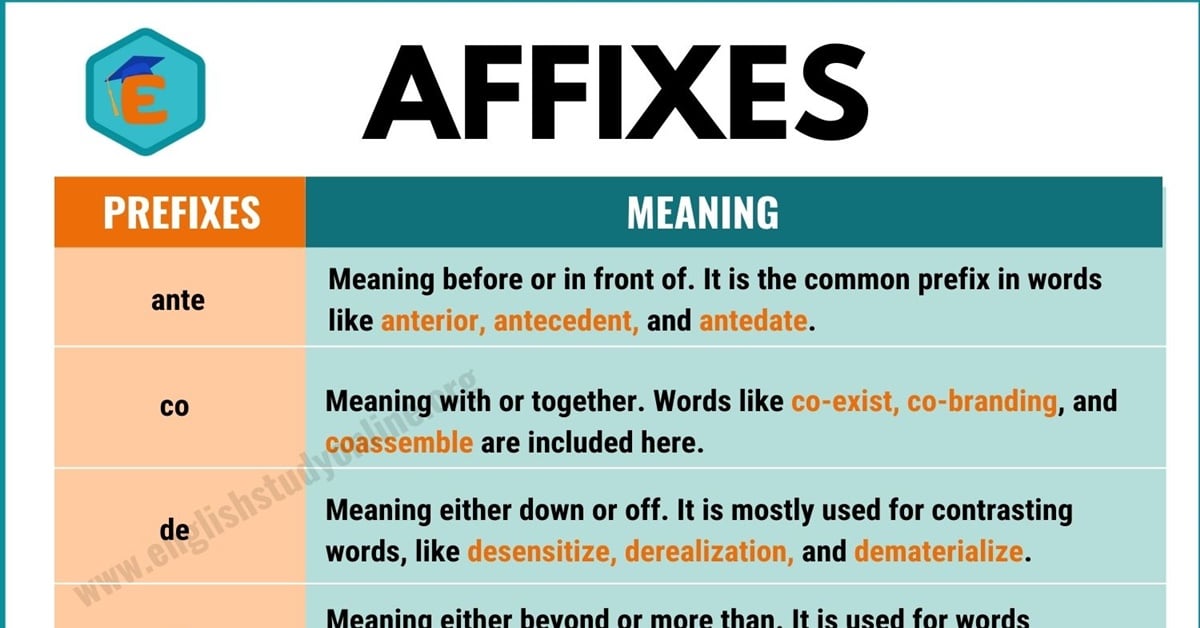 Affixes can cover anything from a word prefix to a word suffix. It can be confusing at first to know what any of those words actually mean and how they change a word structure, but once you get stuck in with it, you’ll make quick sense of it. Most longer words in the English language are made up of affixes and without them, they’ll just be a basic, root-form word. Today, we’ll look through what affixes are, as well as examples of them in use.

We’ll take a look briefly at some of the more commonly used examples of affixes. Both the prefixes and suffixes used in the English language with a few example words to help you to understand when they are most commonly used.

Ante- means before or in front of. It is the common prefix in words like anterior, antecedent, and antedate.

Meaning with or together. Words like co-exist, co-branding, and coassemble are included here.

Meaning either down or off. It is mostly used for contrasting words, like desensitize, derealization, and dematerialize.

Meaning either beyond or more than. It is used for words like extraordinary, extraterrestrial, and extravagant.

Simply meaning not. Any words like nonchalant, nonexistent, and nonfiction are included here.

Meaning over distance. It’s no surprise that words like telephone, telecommunication, and television are included here.

Either meaning up top or better than. Words like upgrade, upsell, and upend are included here.

Meaning a state of being. Words like kingdom, freedom, and boredom are included here.

Either meaning to be able to or relevant to. Words like incomprehensible, suggestible, and reversible are included.

Meaning to become or make. This includes words like satisfy, typify, and purify.

Meaning characterized by. Words like delicious, religious, and efficacious are included here.

Either action or a result. Failure, literature, and closure can be included in this list.

Some popular prefixes below will help you in learning English.

The following list is some popular suffixes in English. 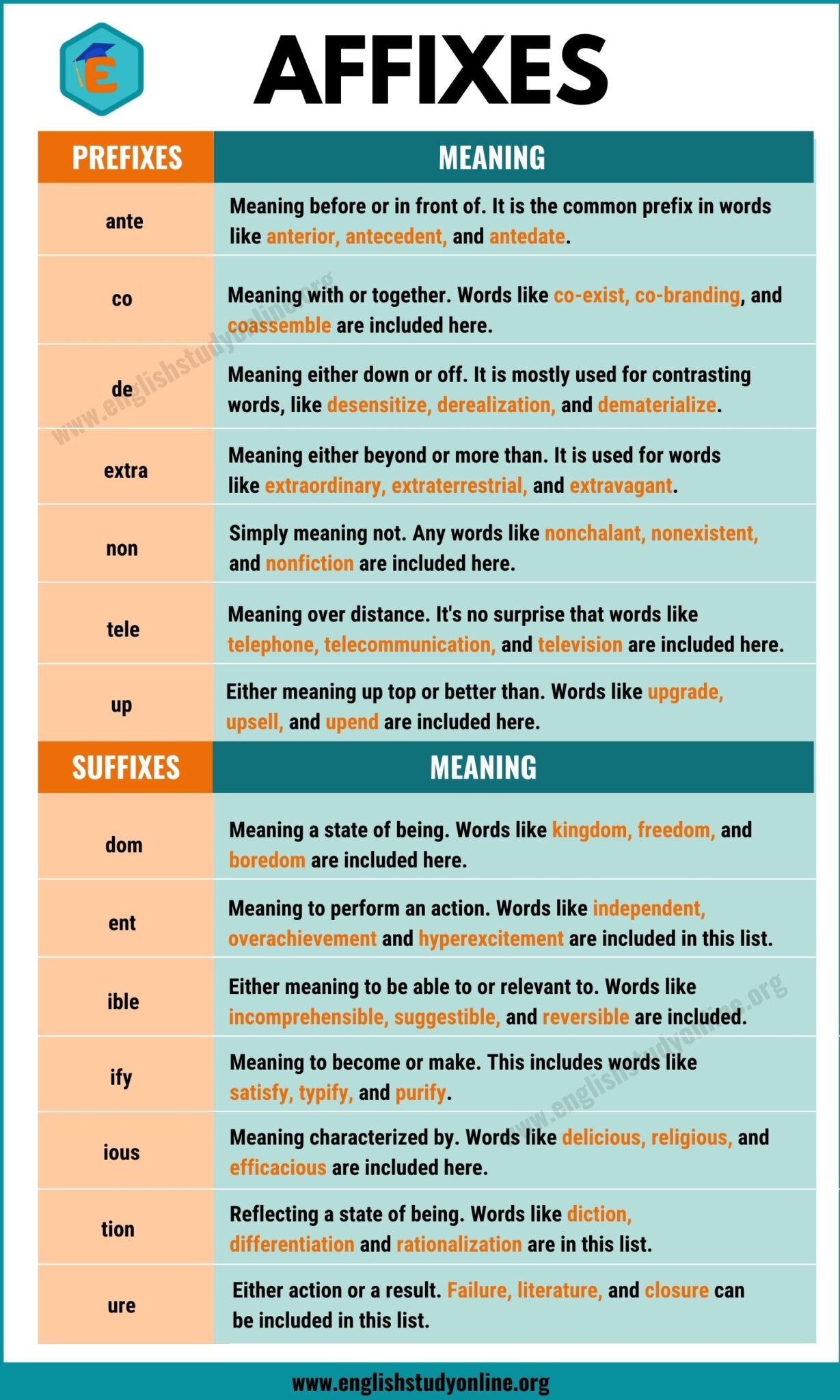