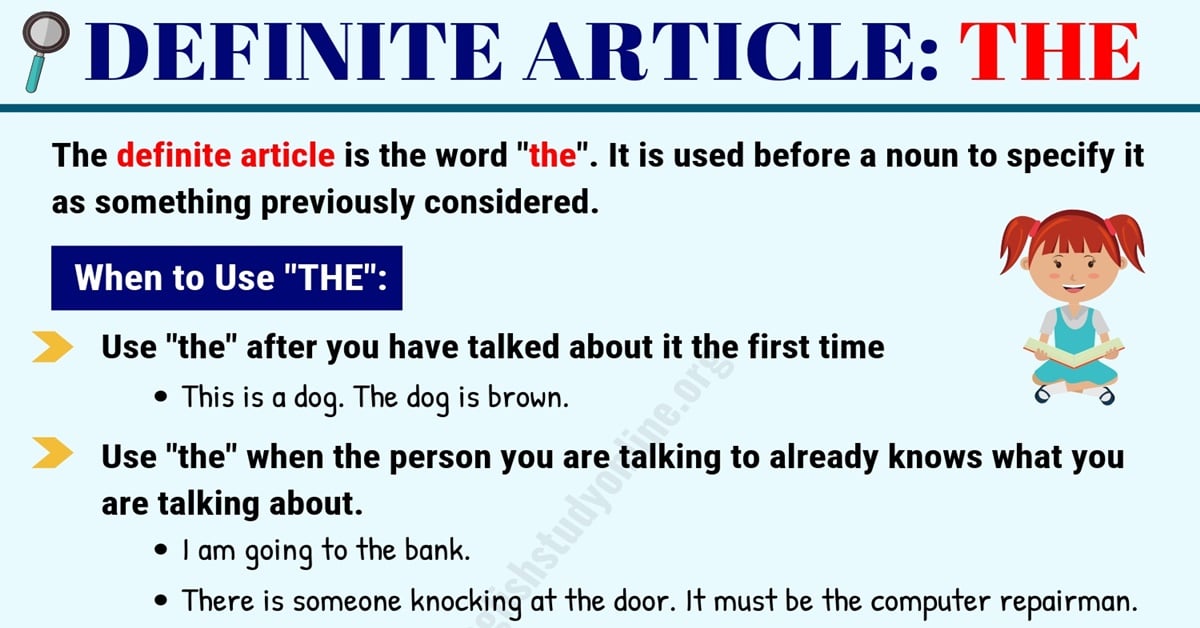 What is Definite Article THE in English and how to use it? Below is clear explanations about this common article.

An article is a word that combines with a noun. Articles are actually adjectives because they describe the nouns that they precede. In English, there are only three articles: the, a, and an (definite and indefinite articles). However, the three are not interchangeable; rather, they are used in specific instances. This lesson will provide the definition, useful rules and examples of the definite article “The”.

The definite article is the word “the”. It is used before a noun to specify it as something previously considered.

* Use “the” after you have talked about it the first time. For example:

* Use “the” when you talk about general places in nature like the lake, the mountains, the ocean, the beach, etc. For example:

* Use “the” when you are talking about something that there is only one of and everyone knows about it. The sky, the earth, the stars (as a group). For example: 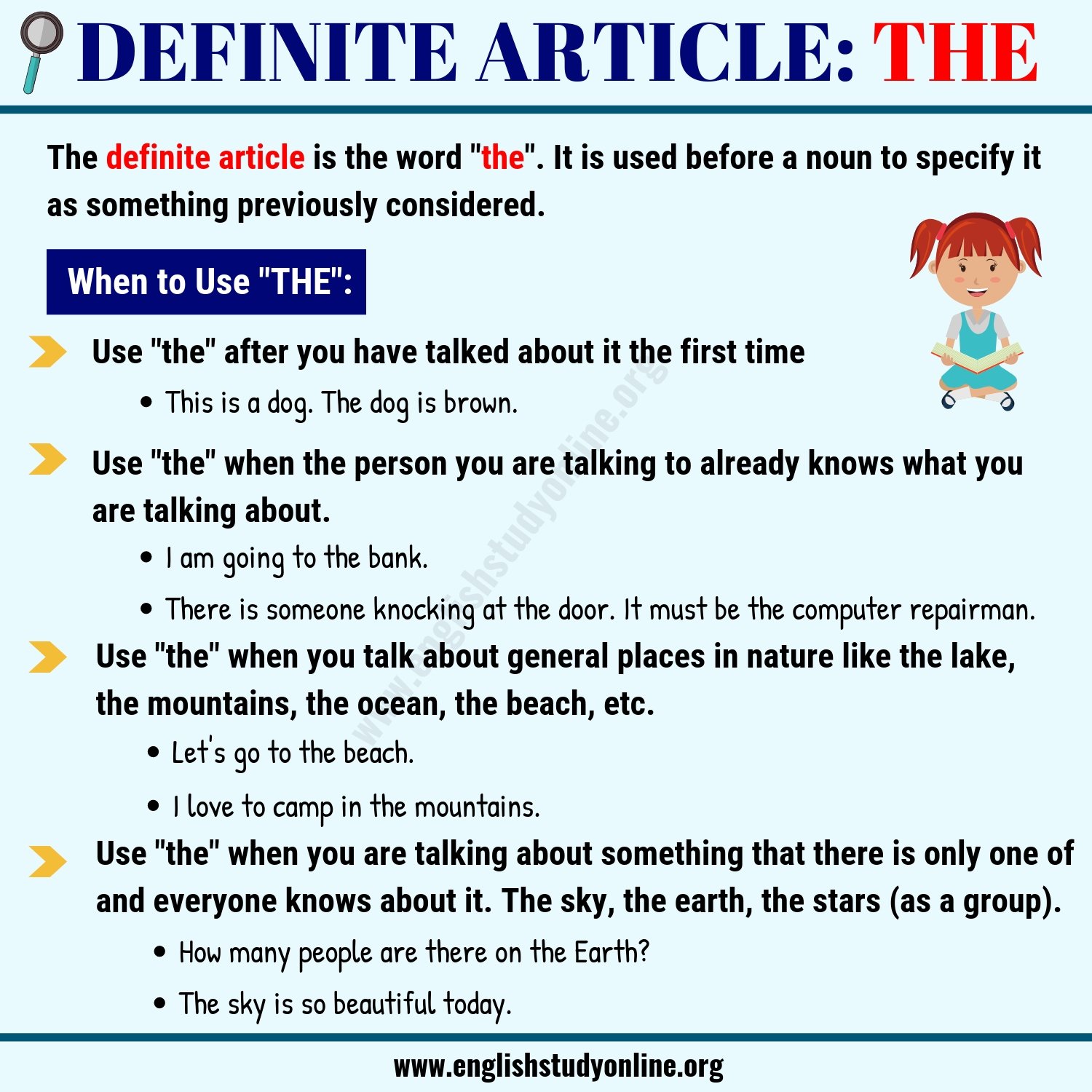