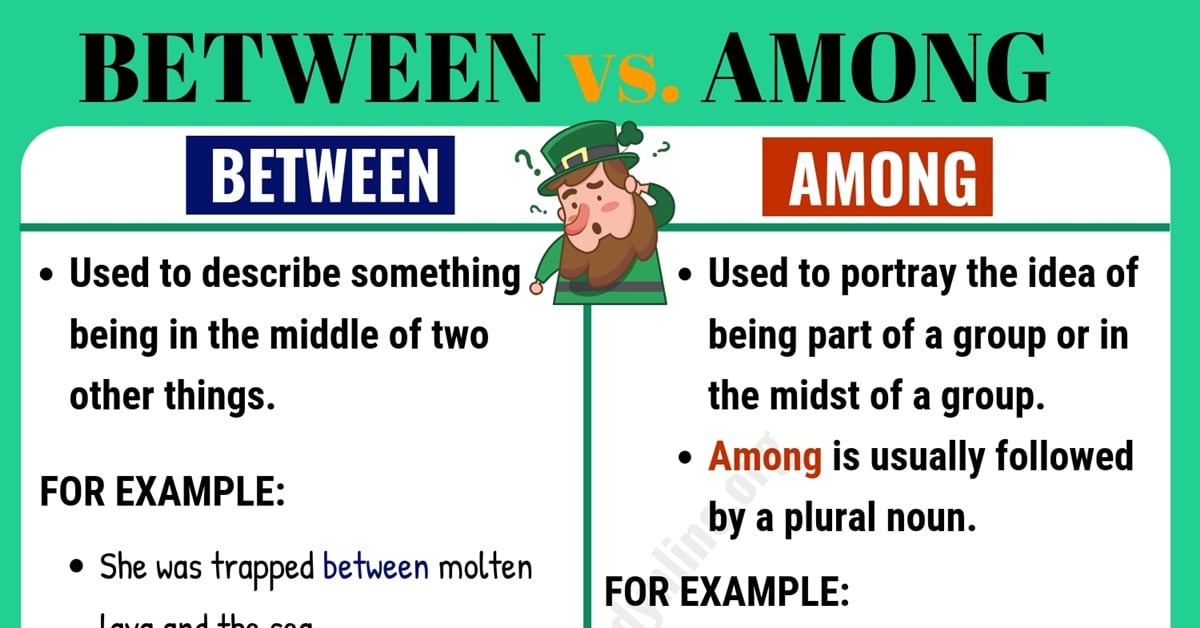 Between vs Among! What’s the real difference between among vs. between in English? This lesson will clear up your doubts about these confusing words with examples and ESL printable infographic.

Confused Word: Between vs Among

The word “between” is usually used to describe something being in the middle of two other things.

When used in this way, between is used with two separate, distinct things (e.g., lava and the sea, a rock and another rock, zebra and the pride).

The word “among” is usually used to portray the idea of being part of a group or in the midst of a group. Among is usually followed by a plural noun.

Among vs Between | Infographic 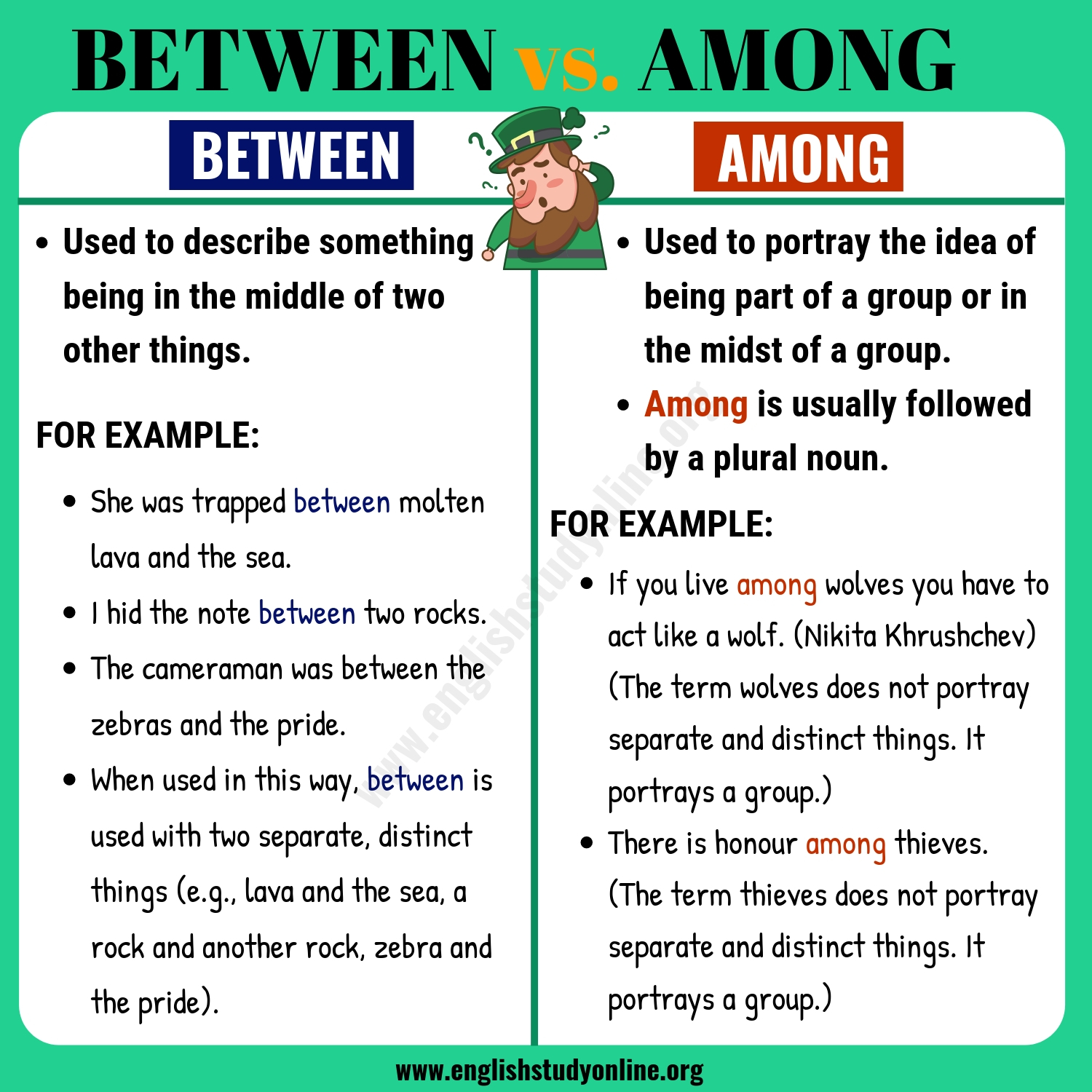