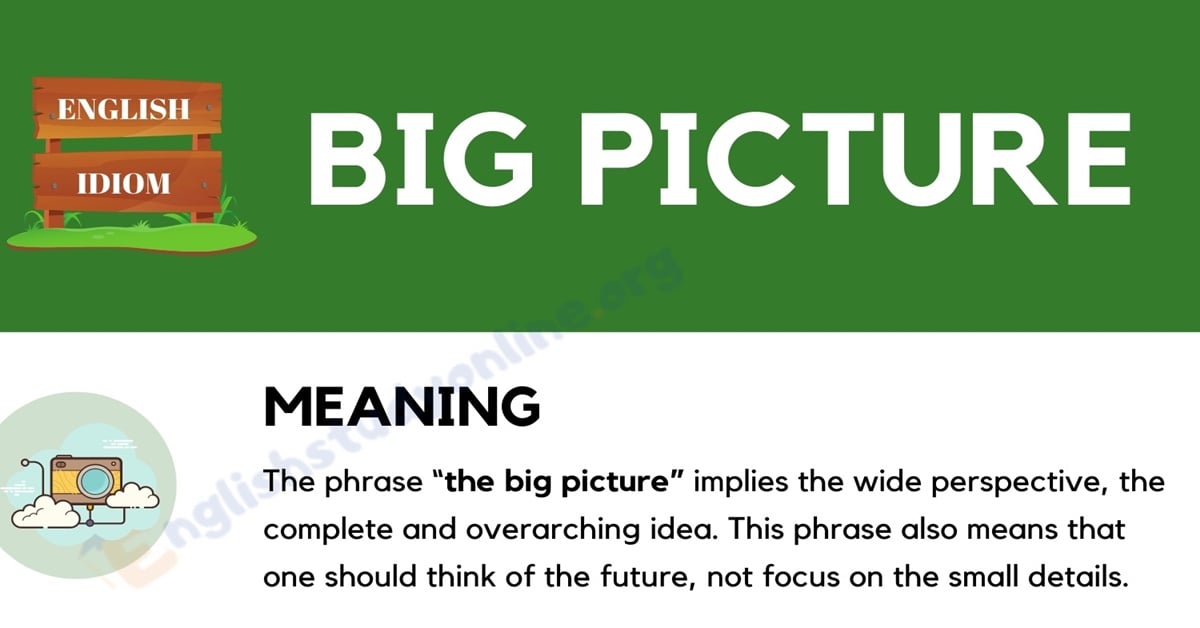 The Big Picture! The following lesson introduces meaning of the idiom and the information regarding its origin. You will also discover other ways to say the phrase while conveying the same meaning.

Idioms are expressions that help us describe an exact situation in a different, more creative way. Some writers use idioms to “add color” to their writing, while others are adamant about keeping their text as simple as possible.

The phrase “the big picture” implies the wide perspective, the complete and overarching idea. This phrase also means that one should think of the future, not focus on the small details.

Merriam-Webster’s cites the first use of the phrase as 1904 but does not elaborate further on the source. It could be connected with the motion picture industry, which was relatively new at the time. 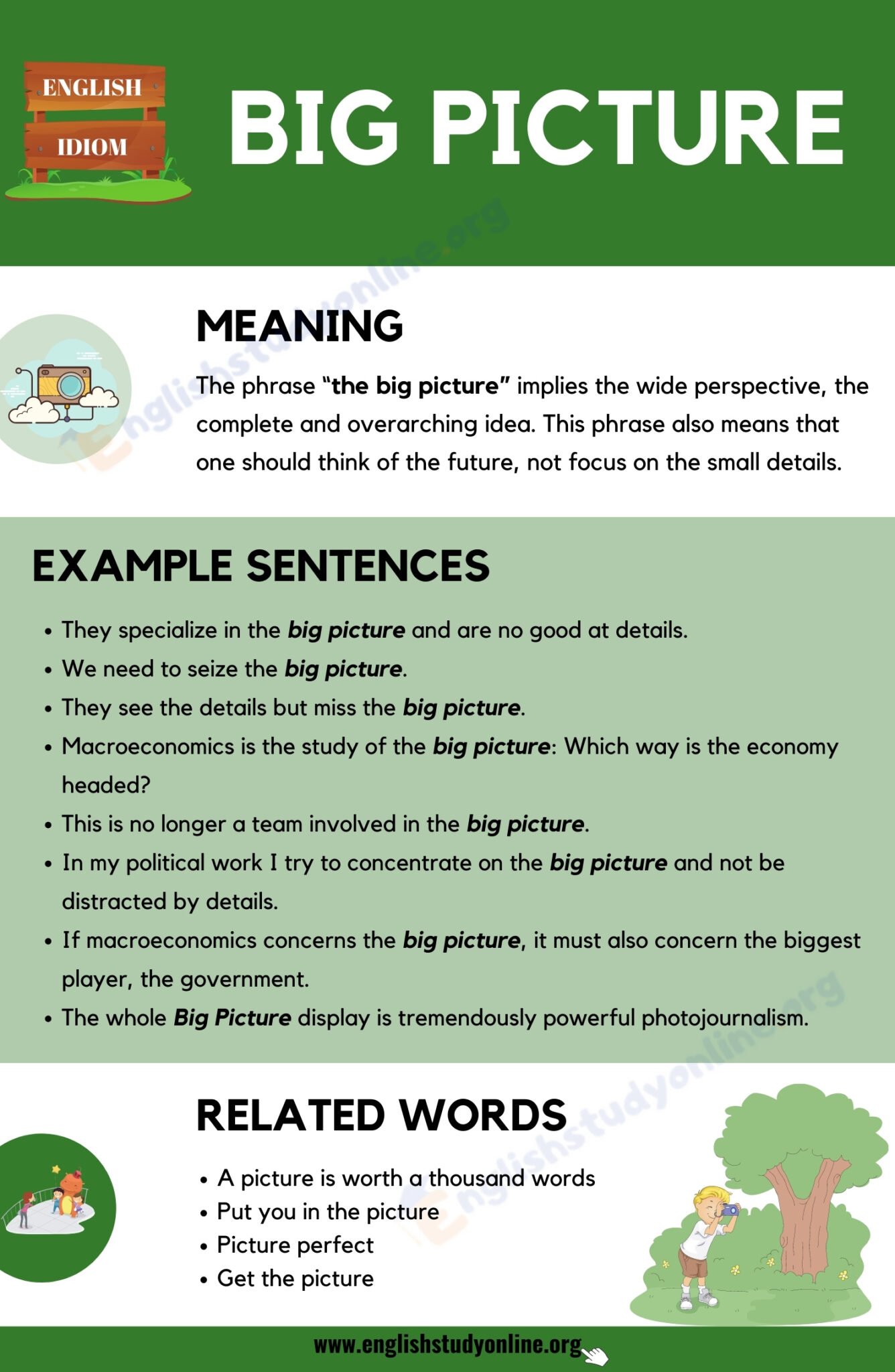