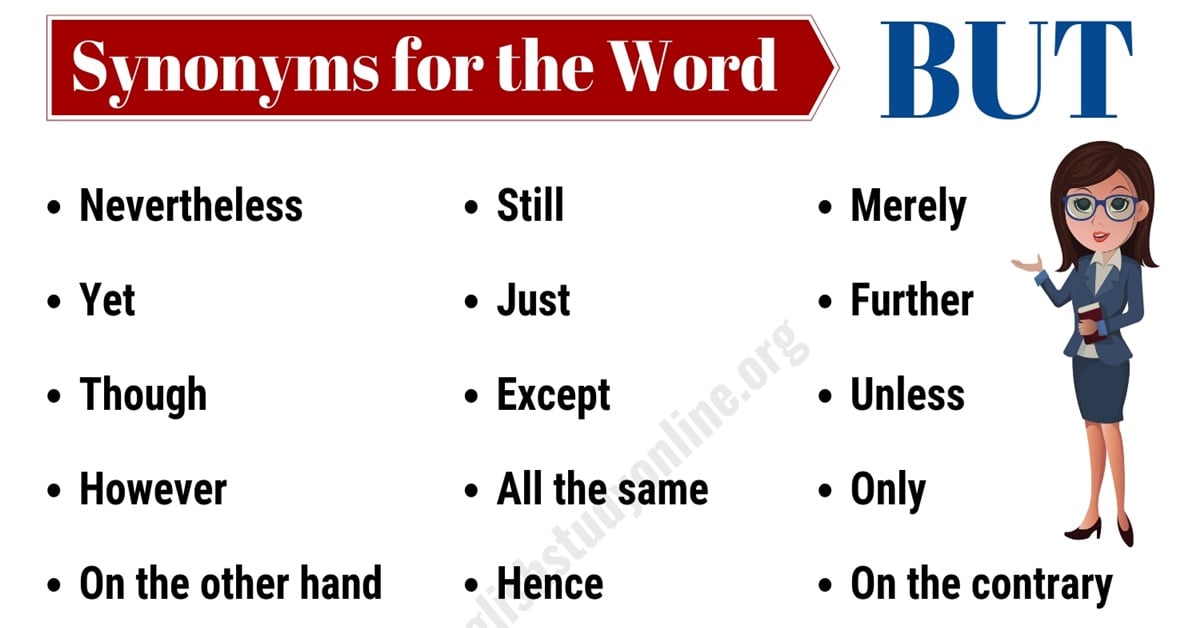 But Synonym in English! Learn the list of over 20 words to say instead of BUT: Nevertheless, Yet, Though, However, On the other hand, Although, Notwithstanding, Nonetheless, Still,…with ESL printable infographic.

BUT (as a preposition):

But Synonyms with Examples

On the other hand

Synonym for BUT | Infographic 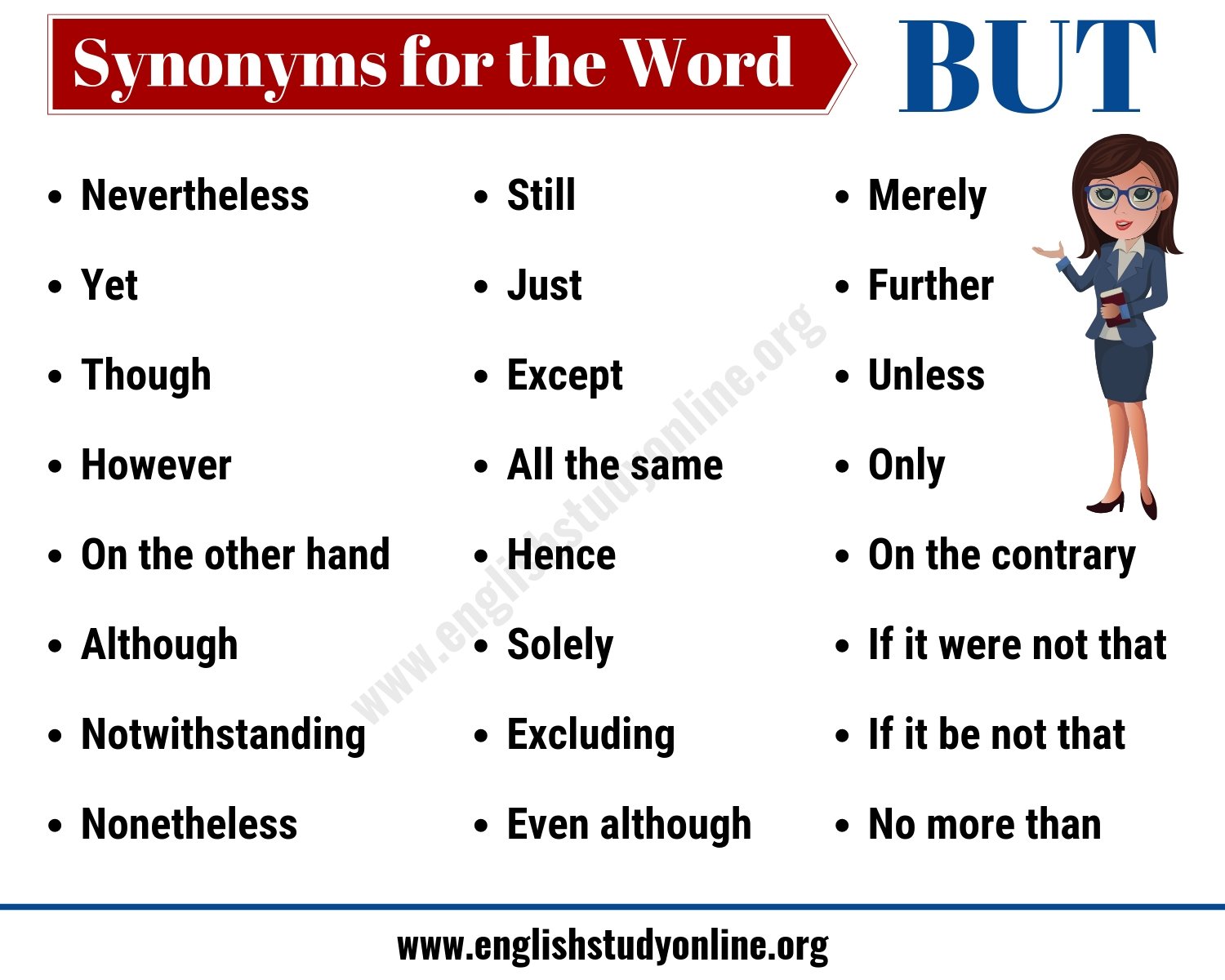