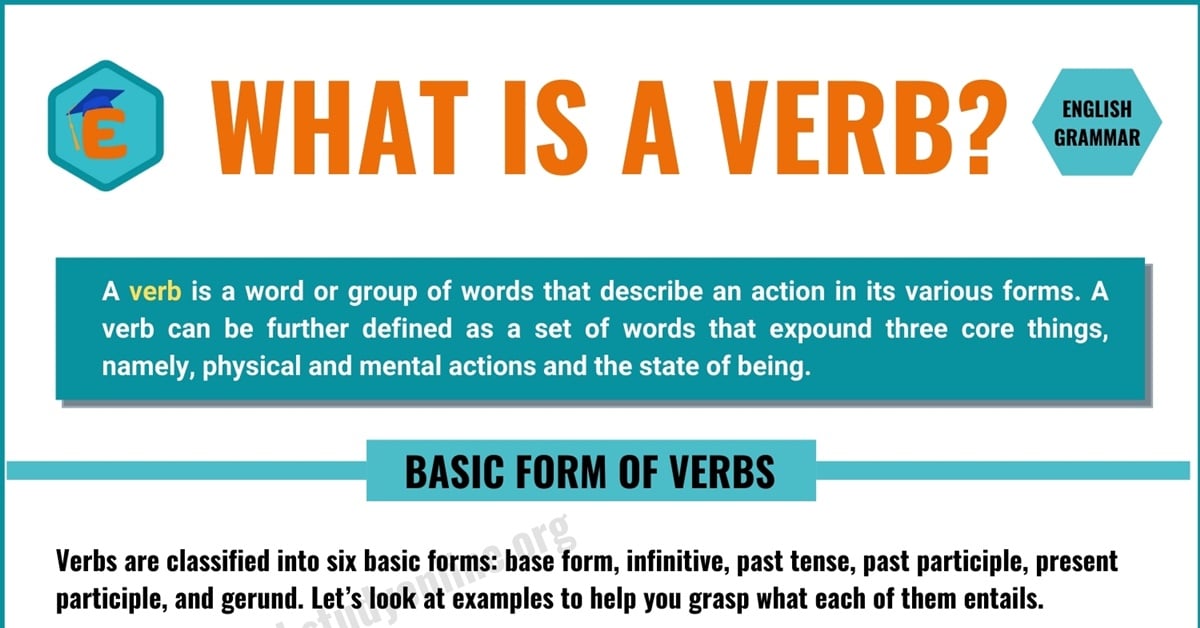 Verbs are an integral component in the constitution of the English language and are among the first things learners are taught in English lessons. Verbs are essential in that a sentence can’t be deemed complete without containing at least one. Sometimes, a verb is dubbed the heart of the sentence because a sentence would lose … Read more 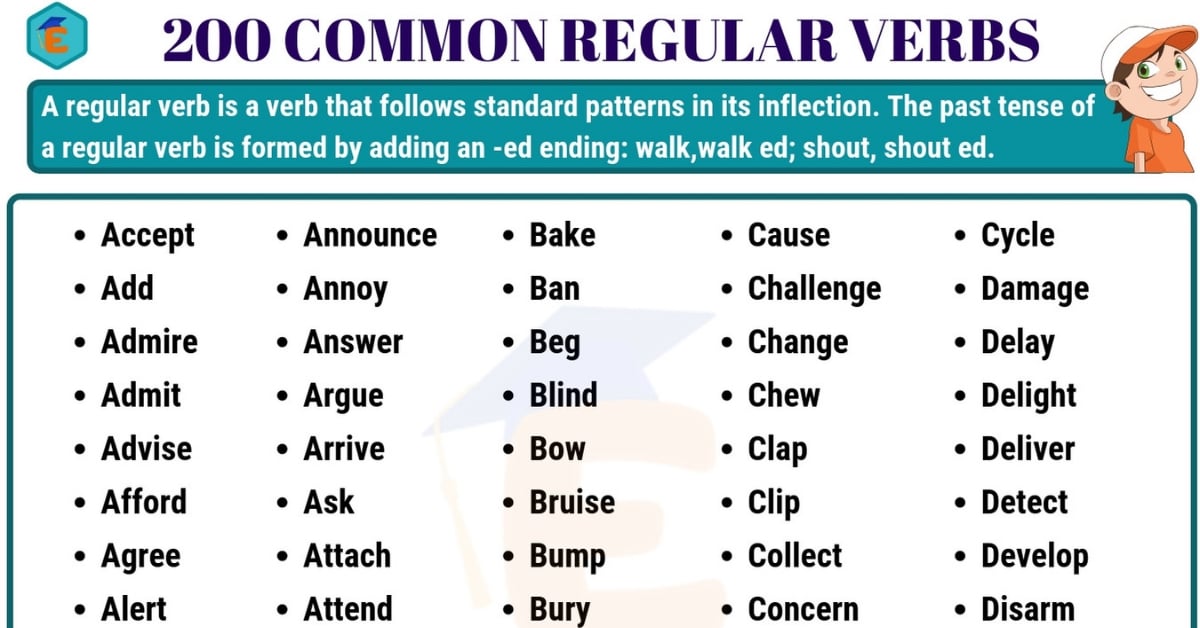 Regular Verbs in English! This lesson will provide the definition and list of 200 commonly uses regular verbs in English. Regular Verbs | Definition A regular verb is any verb whose conjugation follows the typical pattern, or one of the typical patterns, of the language to which it belongs. A verb whose conjugation follows a different pattern is called an irregular verb. … Read more 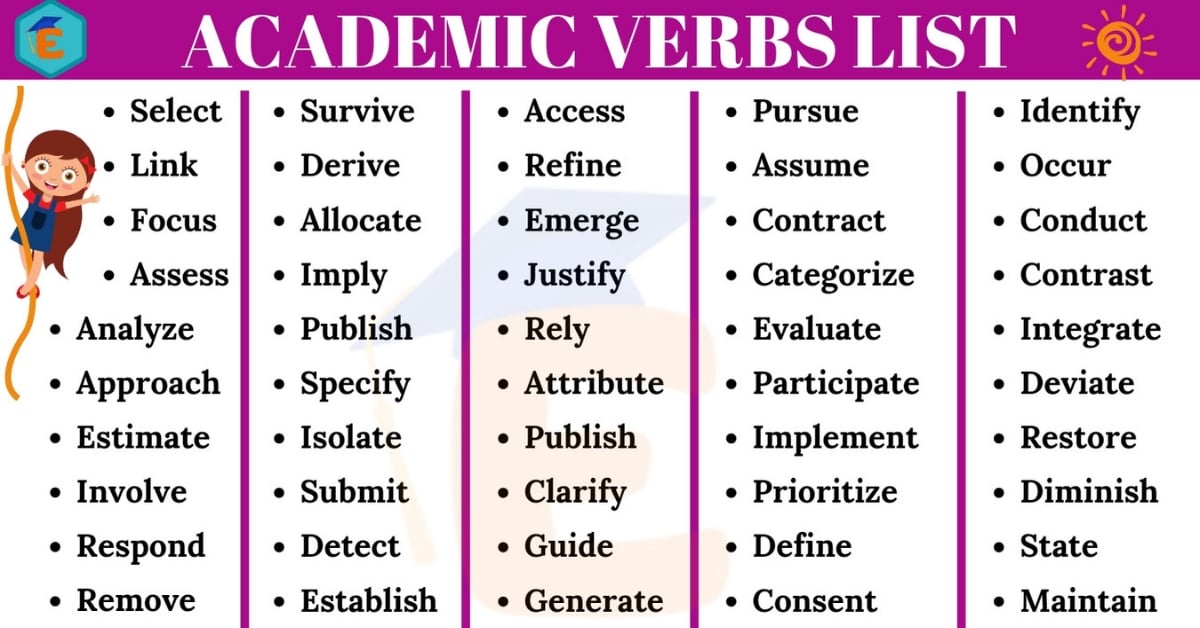 List of Popular Academic Verbs for Writing! A verb is a kind of word (part of speech) that tells about an action or a state. This post illustrates the most important academic words that you could use to improve your writing. Academic Verbs List Here is the list of verbs used in academic writing: Analyze Assess Approach Estimate Involve Respond Link … Read more 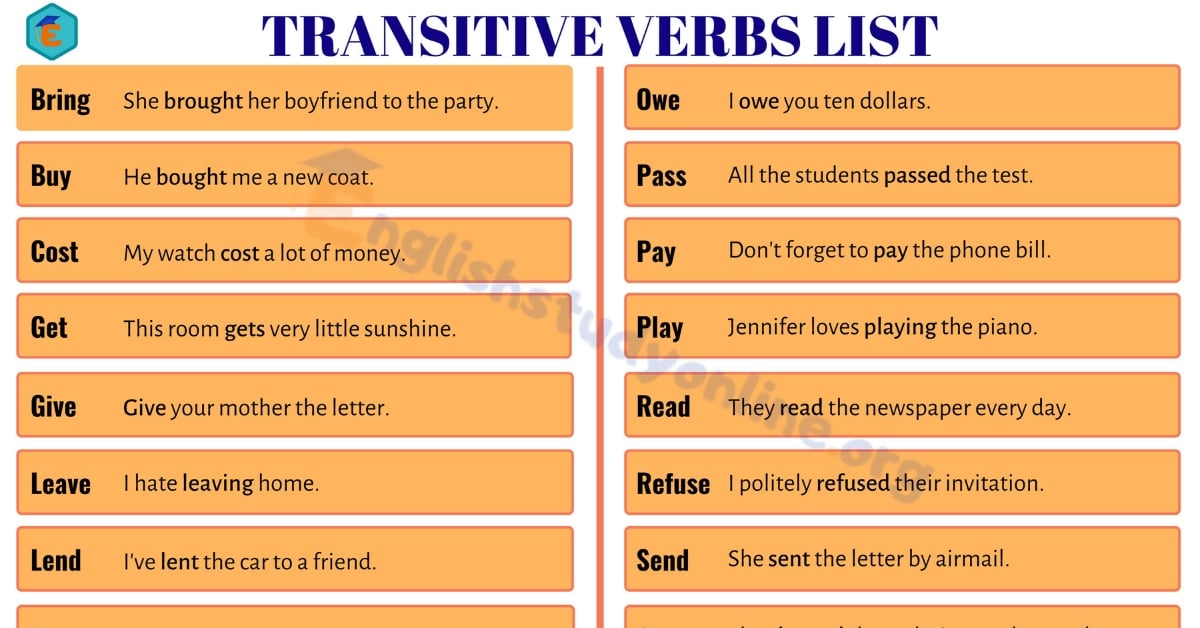 What is a transitive verb? In this article, you will learn the definition, usage, and examples of a transitive verb in English. Definition and Usage A transitive verb is one that is used with an object: a noun, phrase, or pronoun that refers to the person or thing that is affected by the action of the verb. In the following sentences, admire, maintain, face, and love are … Read more 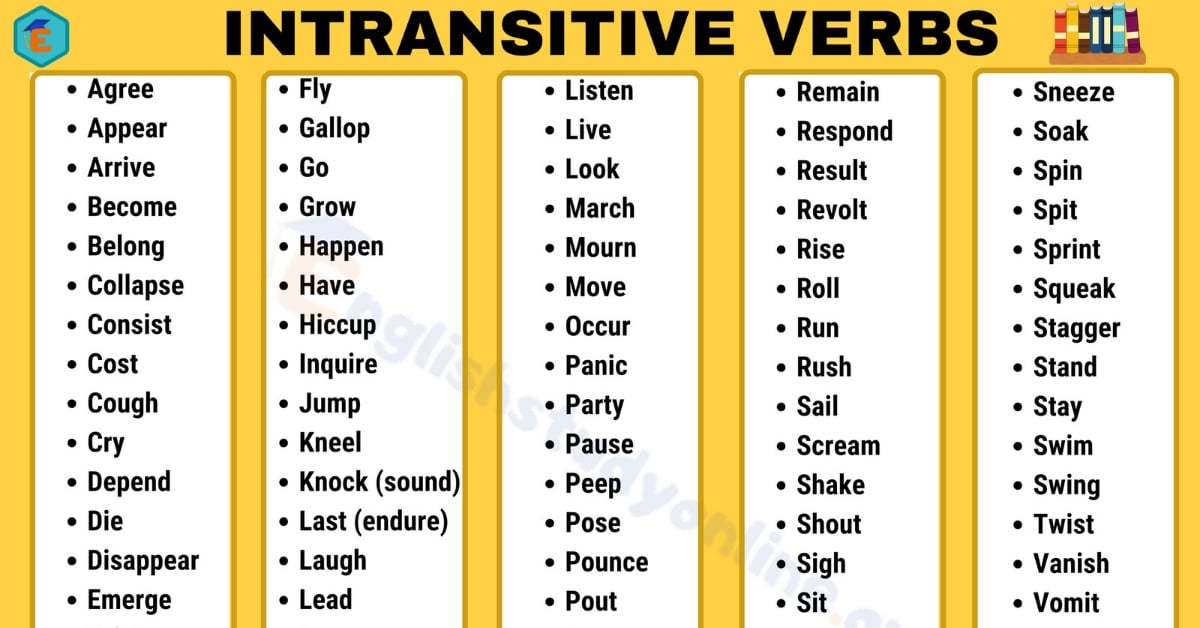 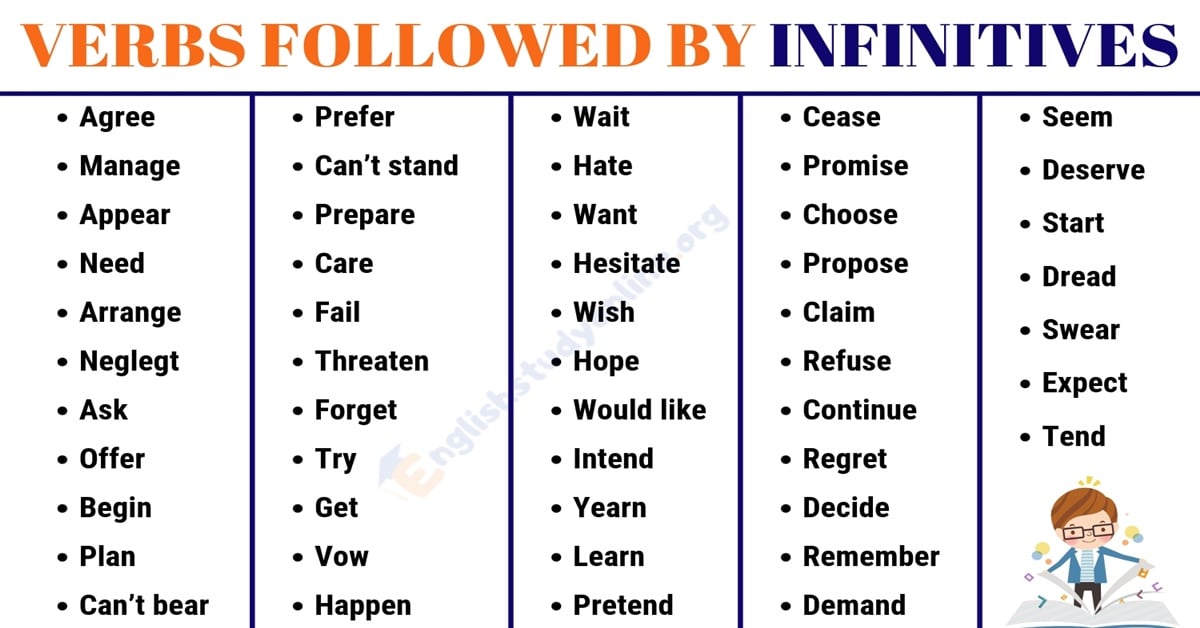