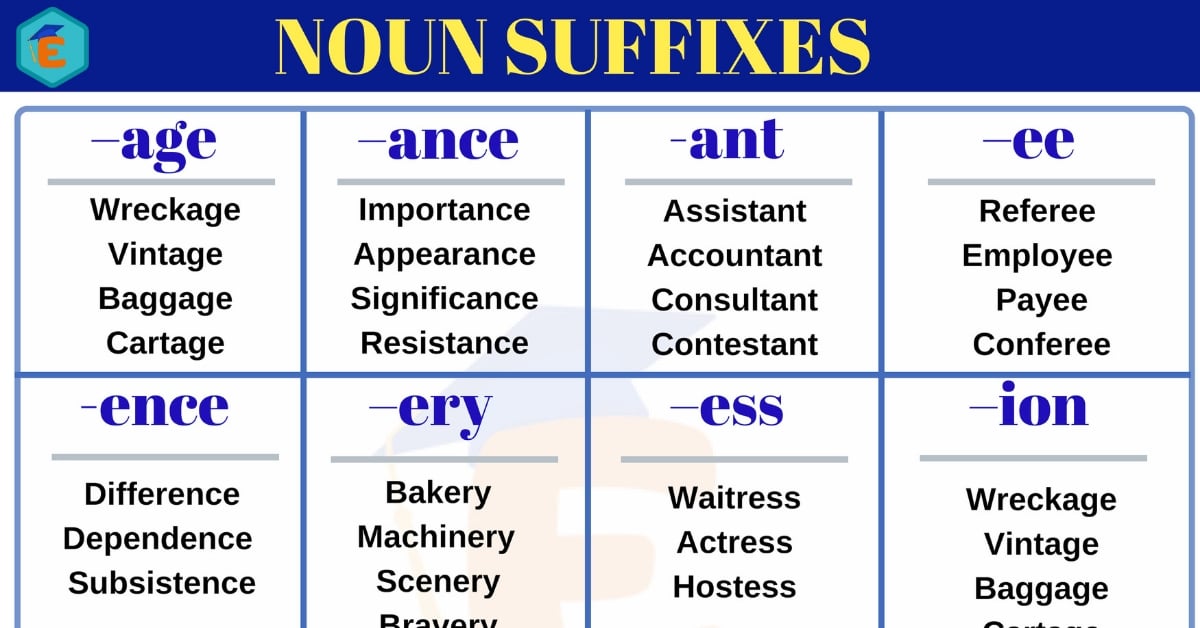 Noun suffixes in English! The following is a list of noun suffixes for practicing spelling, along with their meanings and examples. Suffixes are a letter or group of letters added to the ending of words to change their meaning or function. Common Noun Suffixes –age Meaning: A result Example: Wreckage, vintage, baggage, cartage, damage –ance Meaning: An action … Read more