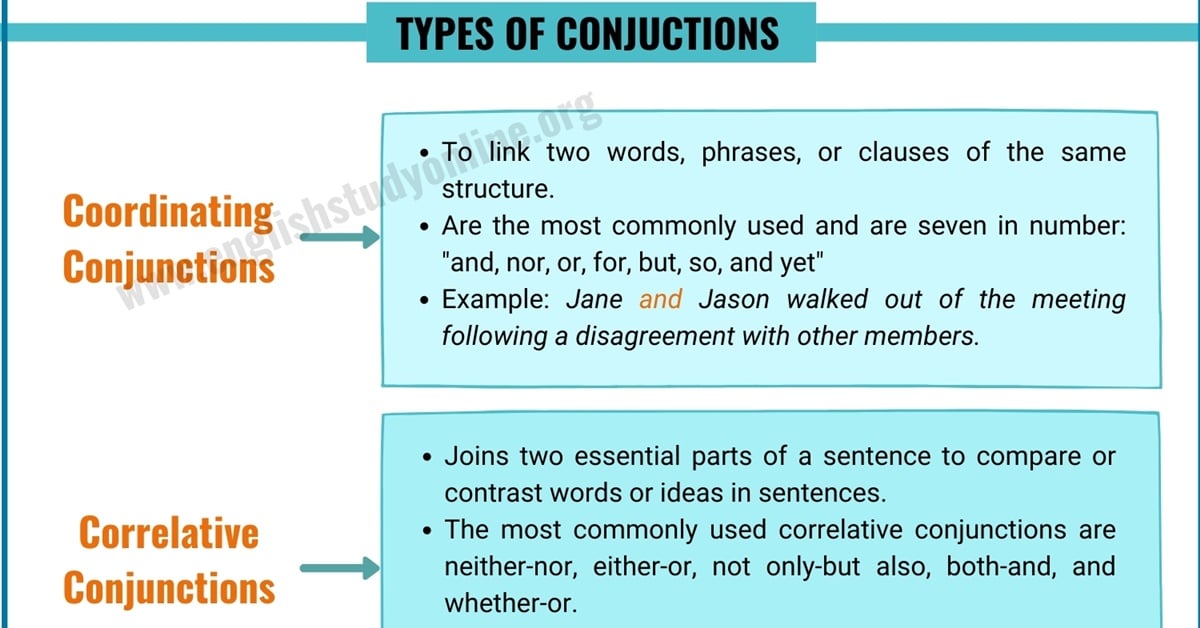 Conjunctions are connecting words, which form an essential component of English grammar. They connect words, clauses, and sentences and help in the construction of relevant sentences. Conjunctions are part of basic English that is taught and examined in schools. Therefore, it’s important to familiarize yourself with the various types of conjunctions, rules governing their use as well as the conjunctions list.

What is a Conjunction?

A conjunction is a word that connects other words, phrases, clauses, and even sentences. Conjunctions make it possible to construct complex, relevant sentences and skip the choppiness of numerous short sentences. It’s of the essence to ensure all the phrases linked by conjunctions share a similar structure.

Wrong: He discharges his duties precisely and swift.

Correct: He discharges his duties precisely and swiftly.

There are three types of conjunctions in English Grammar, namely: Coordinating, correlative, and subordinating. Let’s look at each of them in detail.

To help you further understand the working of these conjunctions, let’s look at their use on the following examples:

Correlative conjunction joins two essential parts of a sentence to compare or contrast words or ideas in sentences.

The most commonly used correlative conjunctions are neither-nor, either-or, not only-but also, both-and, and whether-or.

To help you understand correlative conjunctions in detail, read the following examples.

They join two clauses of dissimilar structures or of unequal importance. This is usually the case with independent and non-independent clauses.

There are numerous subordinating conjunctions, but the most commonly used are because, since, although, before, until, unless, as if, as, so that, than, how, though, whether, while, and so on.

Examples in a sentence 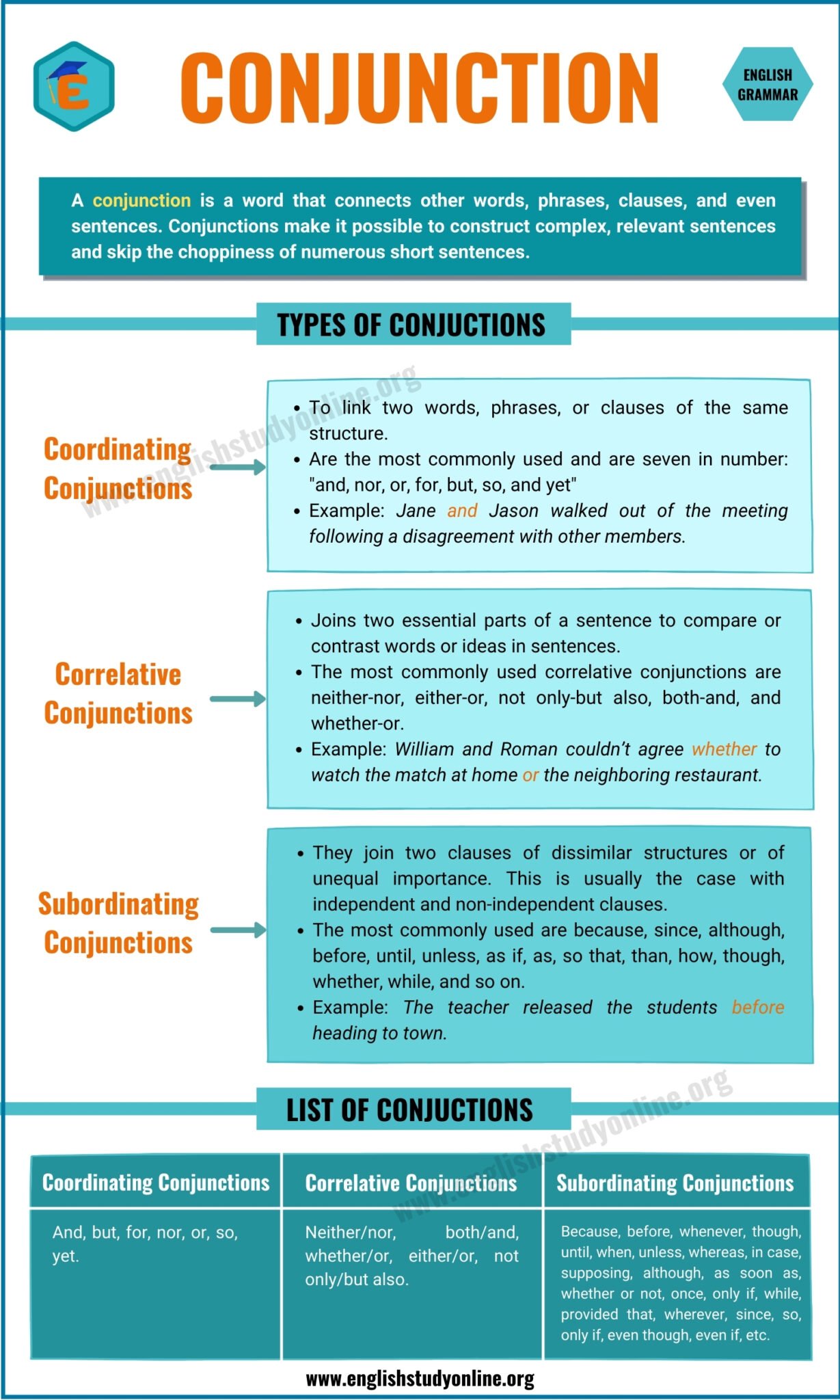