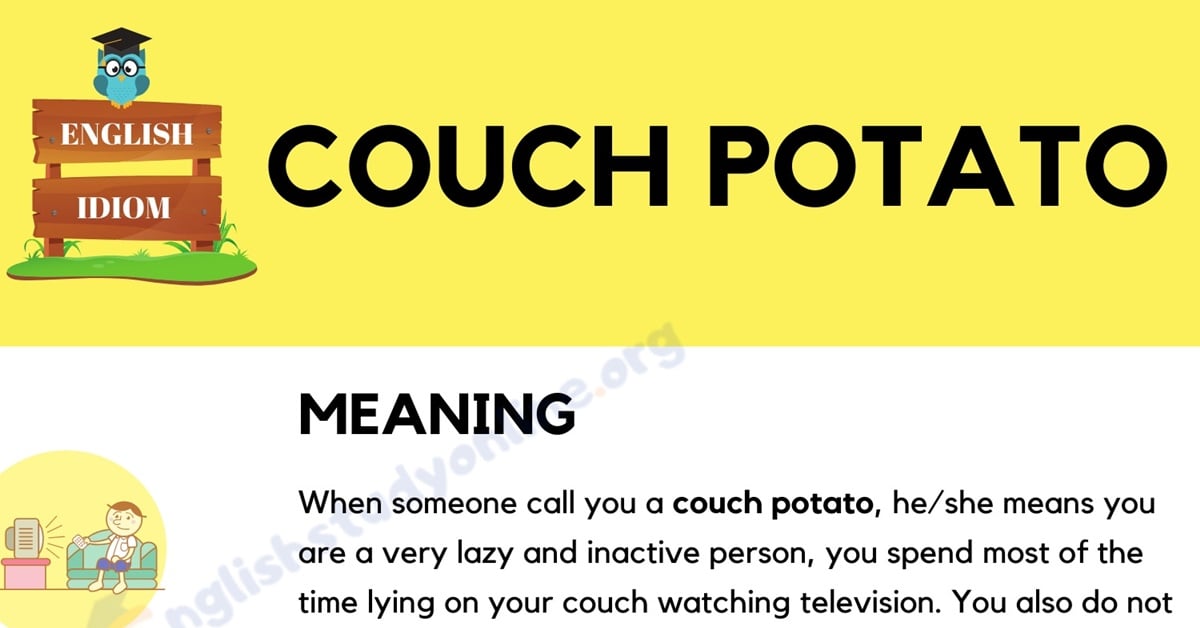 Couch potato! “Couch potato” is a popular idiom used today. Here you will find the meaning of the phrase, the story behind its origin, examples of how to use it properly conversations/statements and other ways to say the phrase in a more literal sense.

An idiom is a phrase or an expression that has a figurative, or sometimes literal, meaning. An idiom’s figurative meaning is different from the literal meaning.

When someone call you a couch potato, he/she means you are a very lazy and inactive person, you spend most of the time lying on your couch watching television. You also do not exercise or have any interesting hobbies.

This idiomatic expression is supposed to be originated in 1970’s in America by a comic artist who drew two idle, inactive and lazy characters he named them “Couch Potatoes” since then this phrase became very popular to call names someone who spends lots of time watching television then being habitual of TV they put on weight and looks more like a potato. 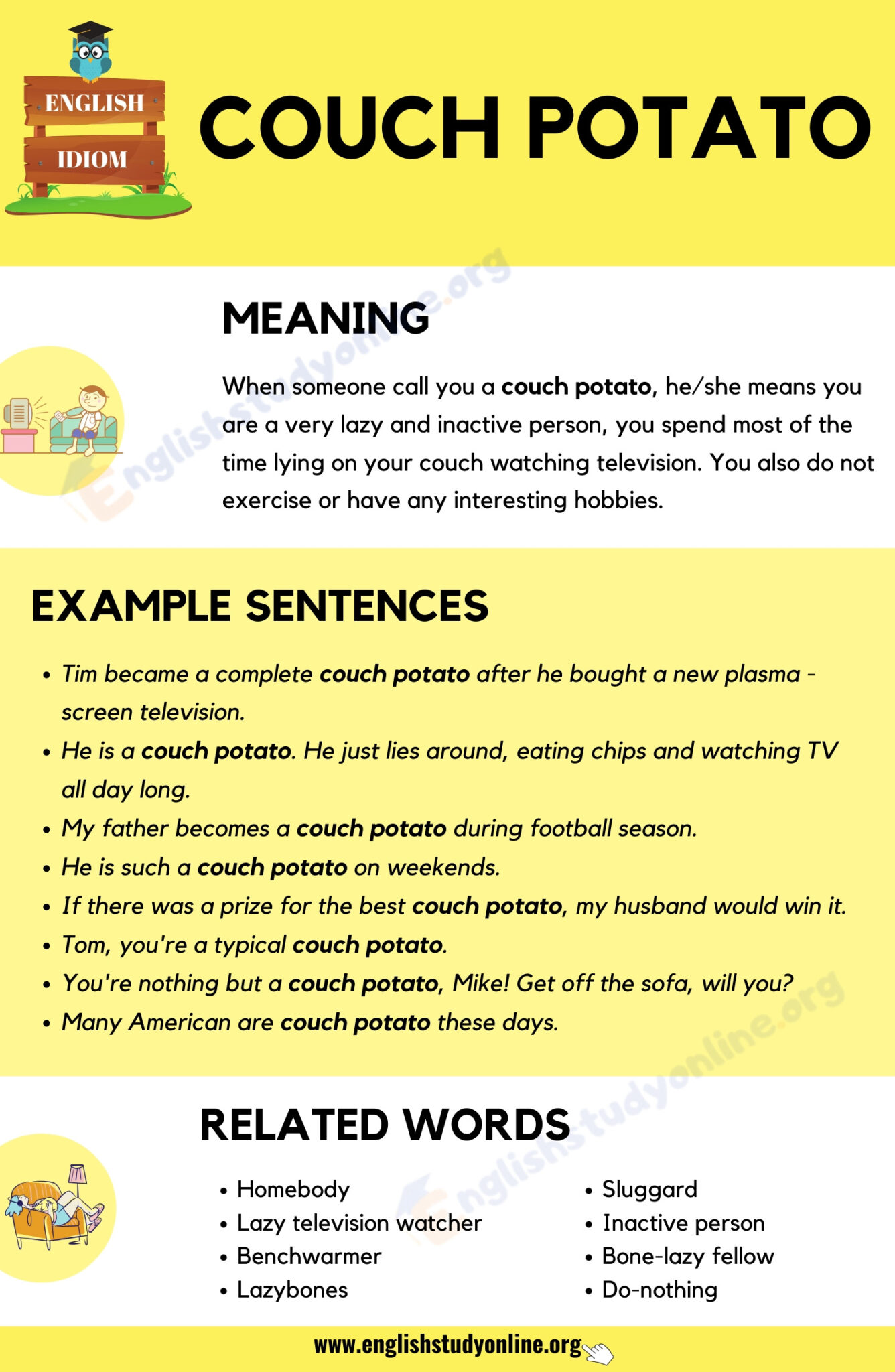