Crocodile tears! In this lesson, you will find the meaning of this phrase, the origin of the phrase, examples of how it is used in conversation/statements and other ways you can say to convey the same meaning.

Learn more about what does the idiom “Spill the Beans” mean?

The popular slang “crocodile tears” expresses fake sadness. It means to pretend a sorrow that one doesn’t in fact feel or insincere display of emotion such as a hypocrite crying fake tears of grief.

The idea comes from the ancient belief that crocodiles weep while luring or devouring their prey and as such is present in many modern languages, especially in Europe where it was introduced through Latin. While crocodiles do have tear ducts, they weep to lubricate their eyes, typically when they have been out of water for a long time and their eyes begin to dry out. There are reports of references in French that date the belief back to 1230, although I’ve not been able to confirm those. 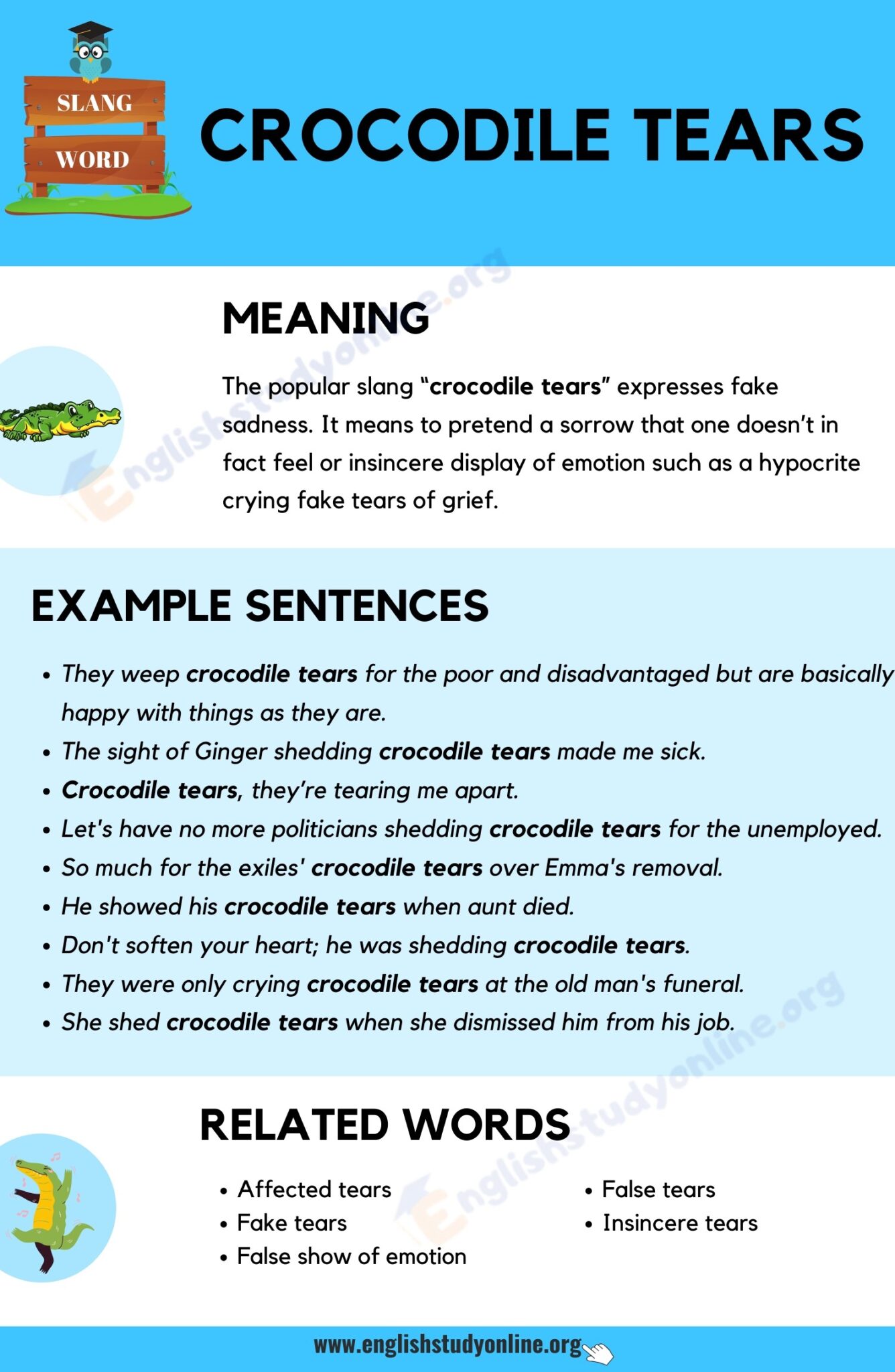