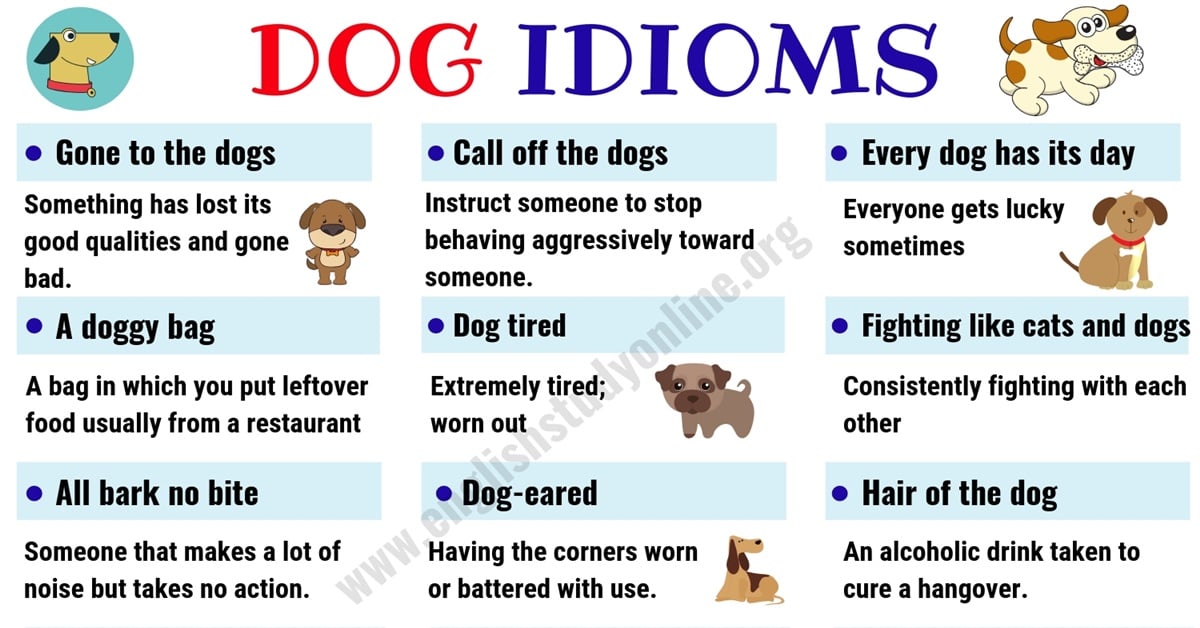 Dog Idioms in English! The following lesson provides a list of idioms about dogs with their meanings from the A to Z of animal idioms with ESL printable infographic.

Because idioms can mean something different from what the words mean it is difficult for someone not very good at speaking the language to use them properly. Some idioms are only used by some groups of people or at certain times.

Here is the list of the most common idioms relating to Dog in English:

Gone to the dogs = Something has lost its good qualities and gone bad.

Barking up the wrong tree = Arguing with the wrong person

Call off the dogs = Instruct someone to stop behaving aggressively toward someone.

Dog-eared = Having the corners worn or battered with use

Doggy style = Describing the manner of sexual intercourse in which one partner (typically a male) penetrates the other from behind.

Dogsbody (UK) = A person who is given boring, menial tasks to do.

Every dog has its day = Everyone gets lucky sometimes

Fighting like cats and dogs = Consistently fighting with each other

Hair of the dog = An alcoholic drink is taken to cure a hangover.

His bark is worse than his bite = He acts threatening, but he doesn’t actually hurt you.

In the doghouse = In trouble with someone due to one’s misdeeds or blunders.

It’s a dog-eat-dog world = The world is highly competitive.

Like a dog with two tails = To be very happy.

The dog’s bollocks (UK) = It means the best

Underdog = The one that is weaker or less chance of winning

Go to the dogs = To go to ruin; degenerate.

Put on the dog = To make an ostentatious display of elegance, wealth, or culture. 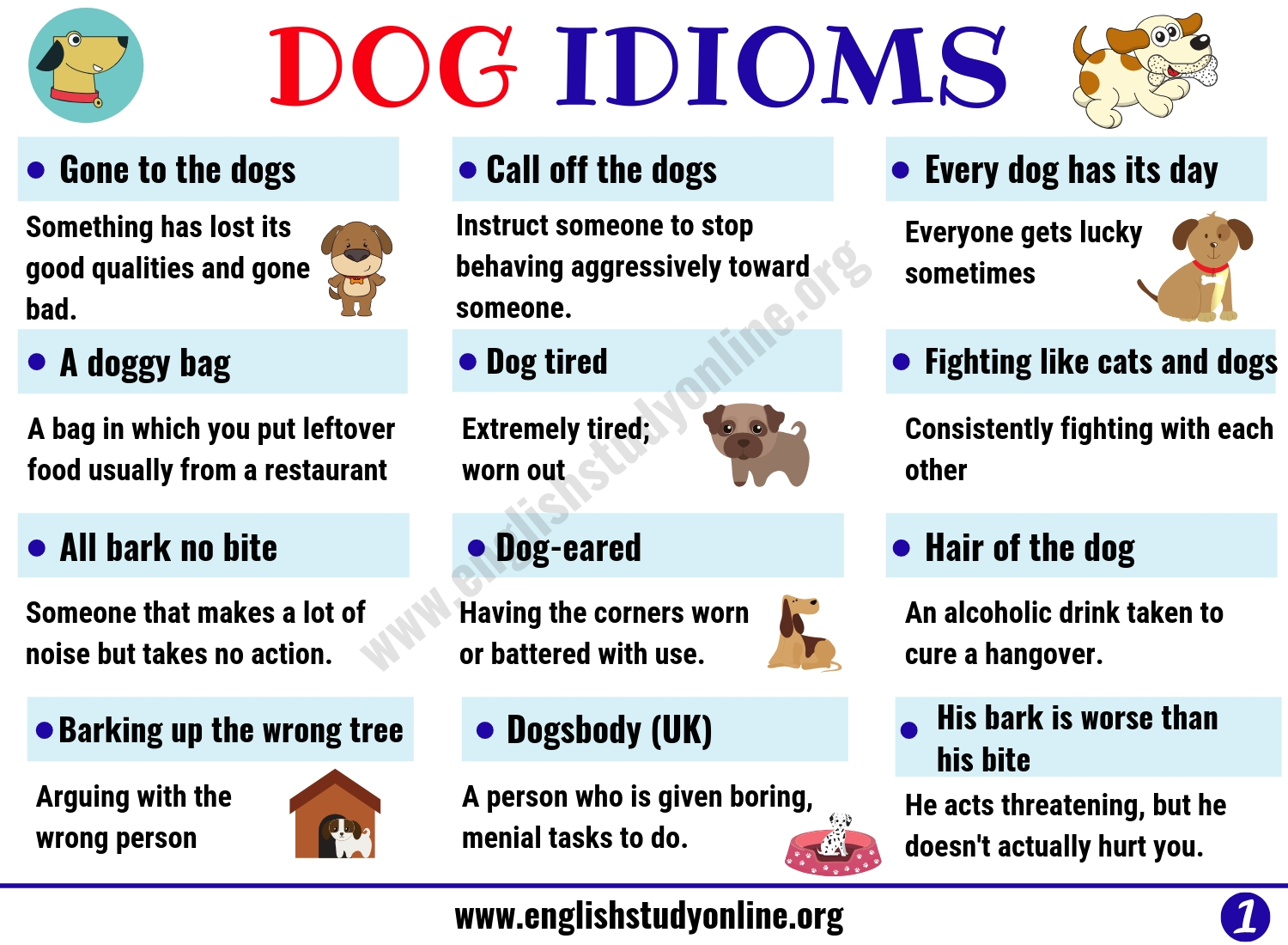 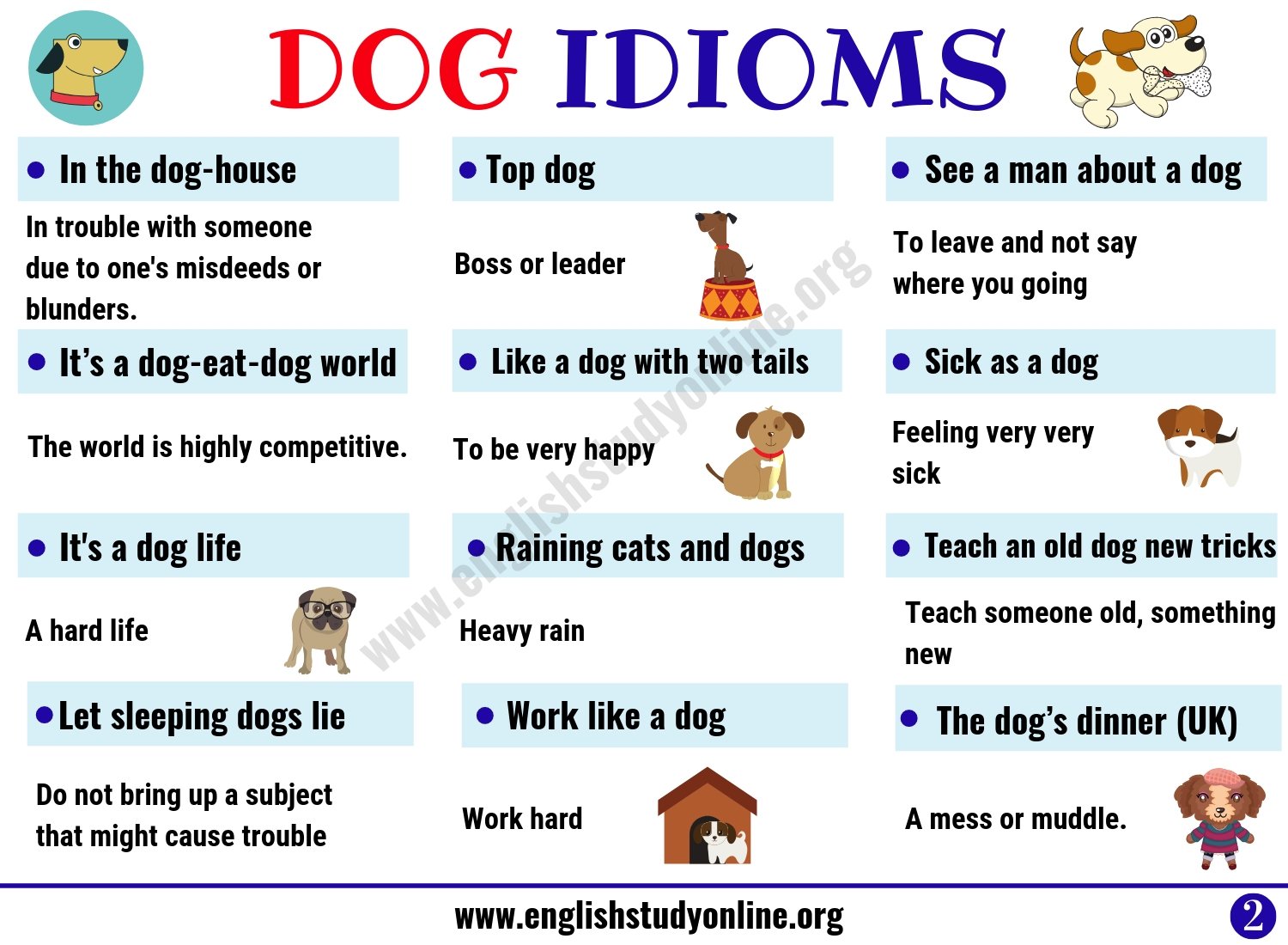 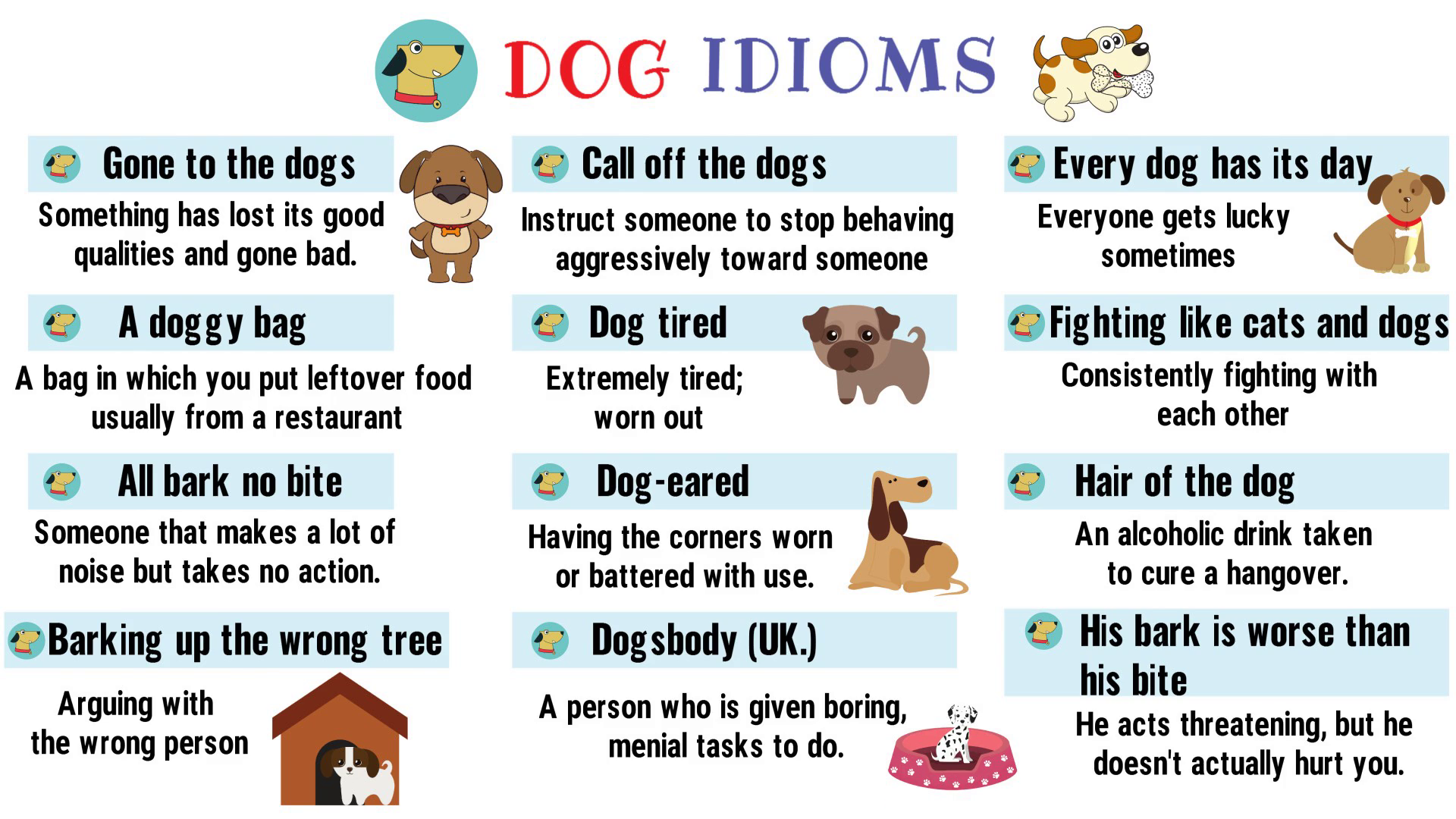 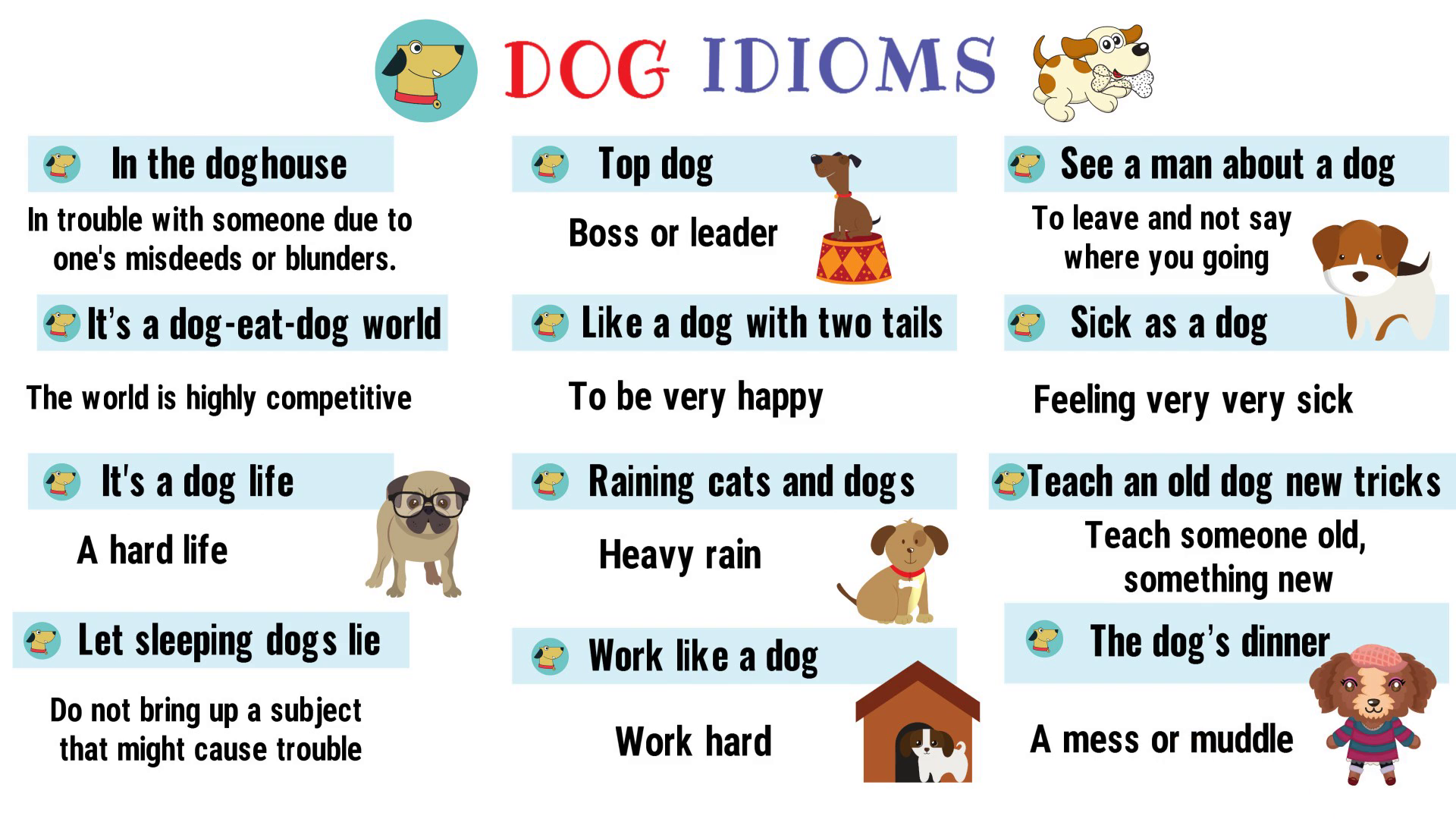