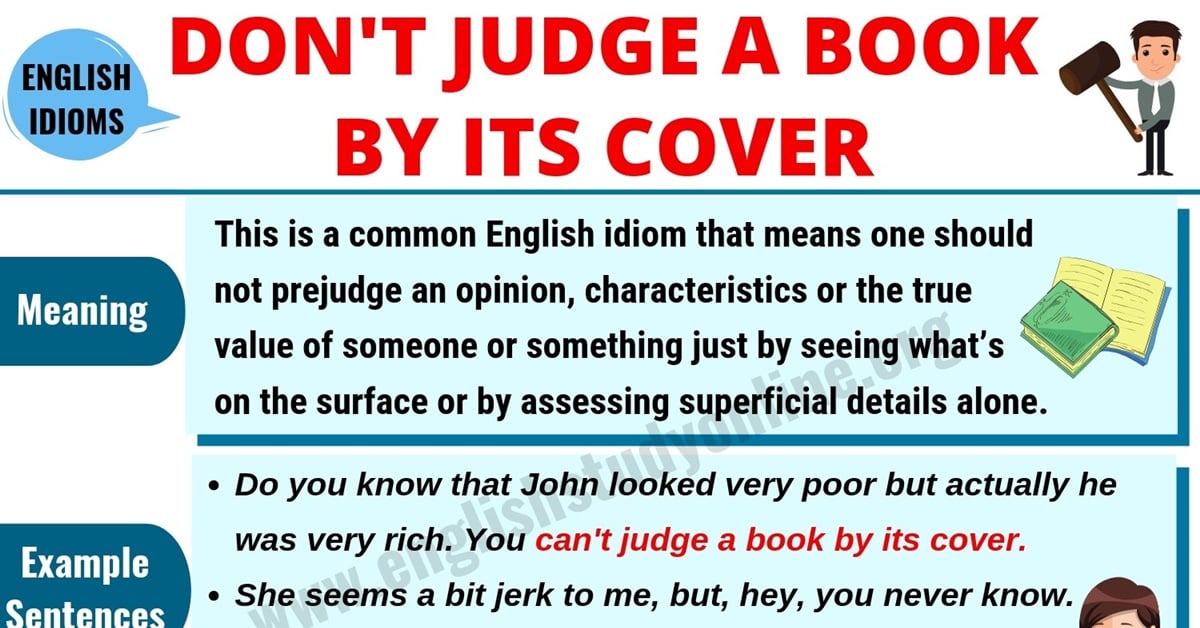 Don’t Judge A Book By Its Cover! What does this idiom mean? How to use this expression in English sentences and alternative ways to express this phrase with ESL infographic.

“Don’t Judge A Book By Its Cover” Meaning

What Does “Don’t Judge A Book By Its Cover” Mean?

This idiom means that do not make assumptions about the contents of a book because you dislike its cover.

This is a common English idiom and a metaphorical phrase that means one should not prejudge an opinion, characteristics or the true value of someone or something just by seeing what’s on the surface or by assessing superficial details alone; because after taking a deeper look, the person or thing may be very different than what was expected.

Here is the list of synonyms for the proverb “don’t judge a book by its cover”:

Don’t Judge A Book By Its Cover | Infographic 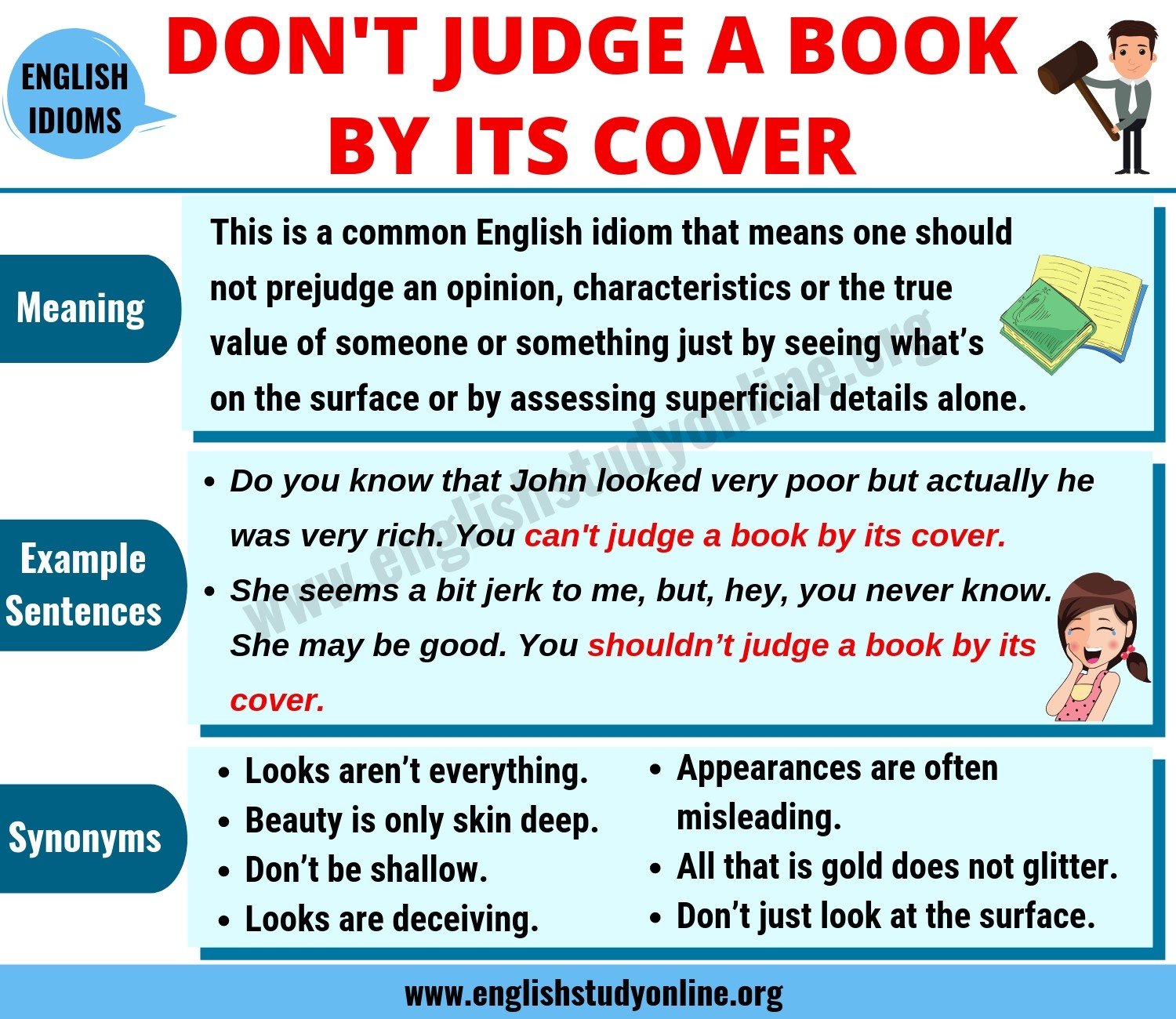 this is a great website thanks for the help

why is there only 4 comments?

Can I use “don’t judge a book by its cover” to mean something looks good outside but it’s bad inside? Your reply is greatly appreciated. TQ