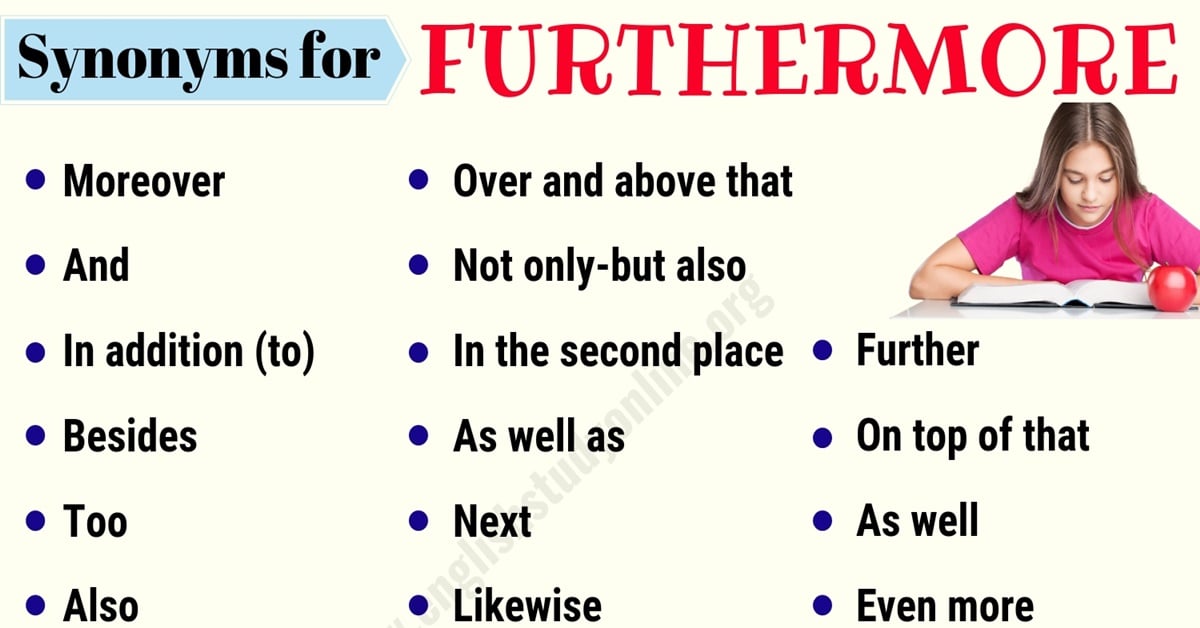 Furthermore Synonym! List of Synonym for Furthermore: Moreover, And, In addition (to), Besides, Too, Also, Another, Next, Likewise, Similarly, In the same way,…with example sentences and ESL printable infographic.

Furthermore is a useful word when you have an additional point to make in an argument or explanation. It is often used at the beginning of a sentence and followed by a comma.

Here is the list of useful synonym for furthermore in English:

Learn more with a useful list of transition words in English.

Not only – but also

In the second place

On top of that

Over and above that 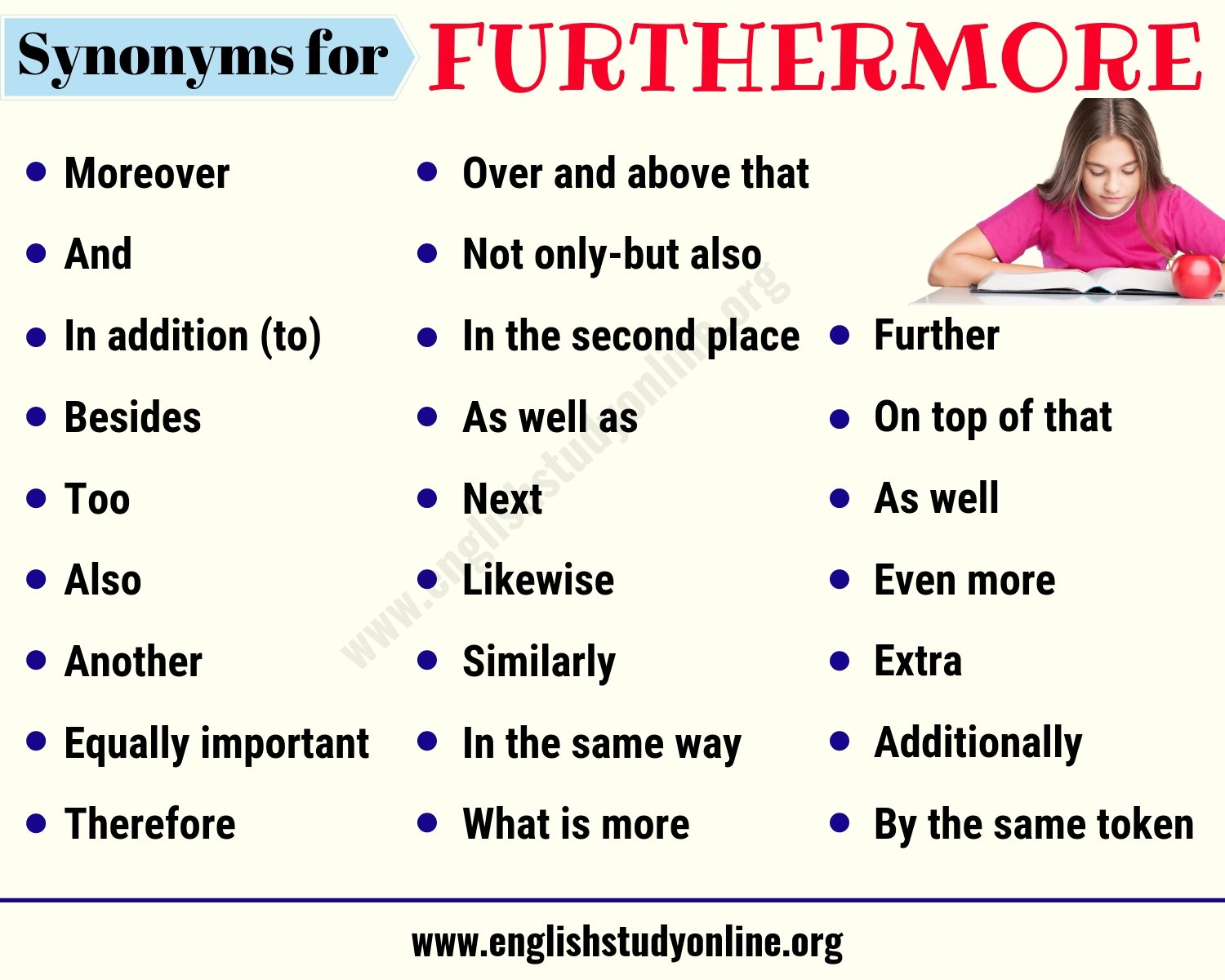