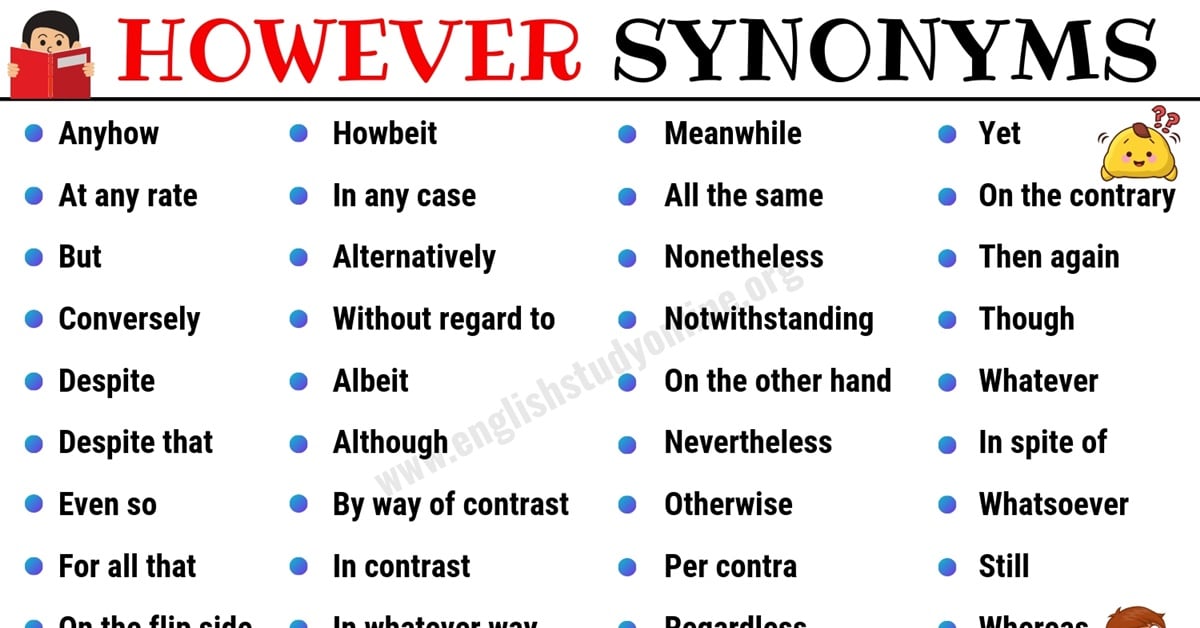 However synonym! Learn the list of over 40 words to use instead of “However”: Despite, Despite that, Even so, For all that, On the flip side, On the Other Hand, Howbeit,…with ESL infographic.

“However” is used with an adjective or adverb to mean ‘to whatever degree’ or used to introduce a statement that contrasts with something that has just been said.

Here is the useful synonyms list for the transition word “however” that you could use instead:

However Synonyms with Examples

On the flip side

By way of contrast

On the other hand

Synonyms for However | Infographic 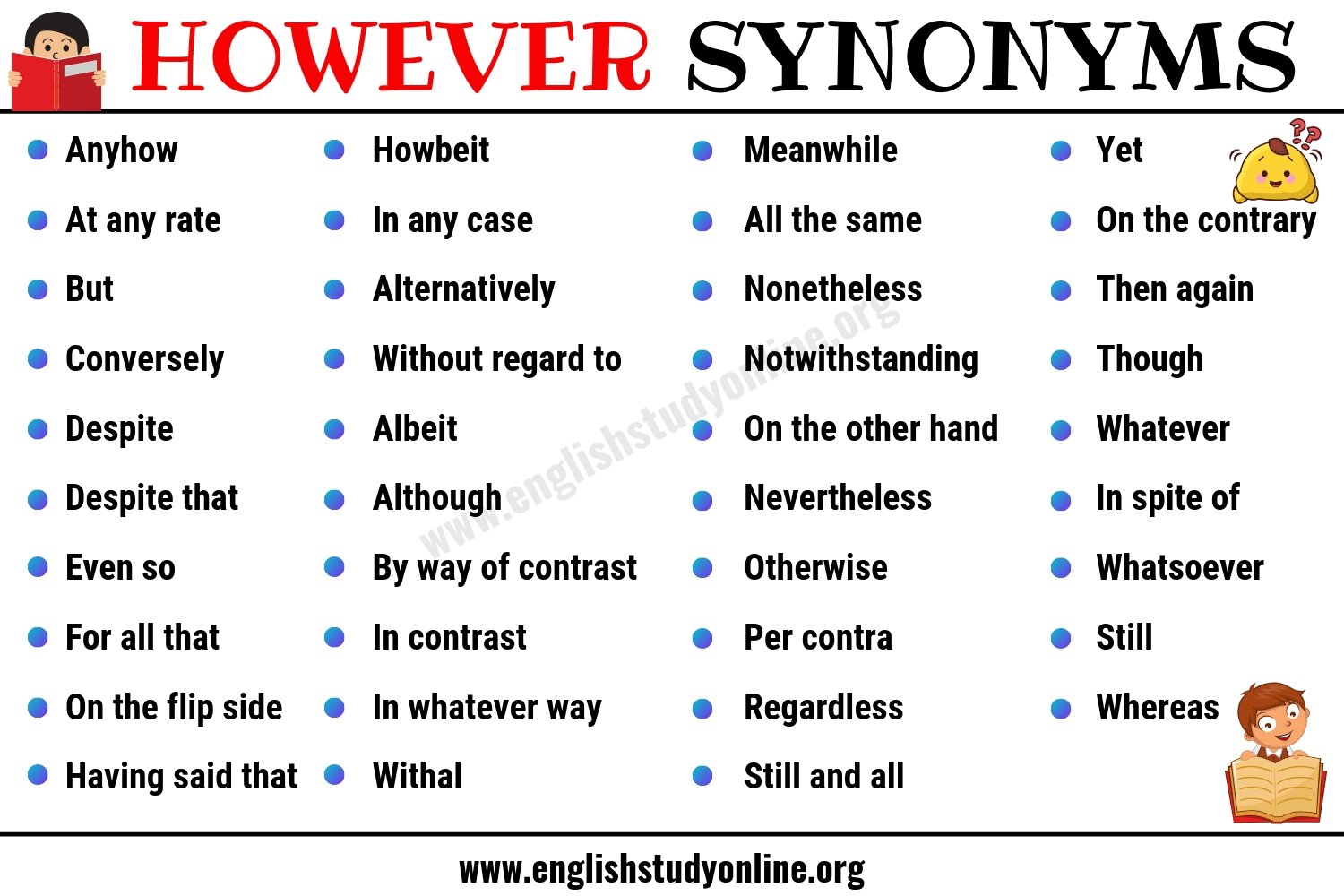 I would be grateful if the uses of these words are given.