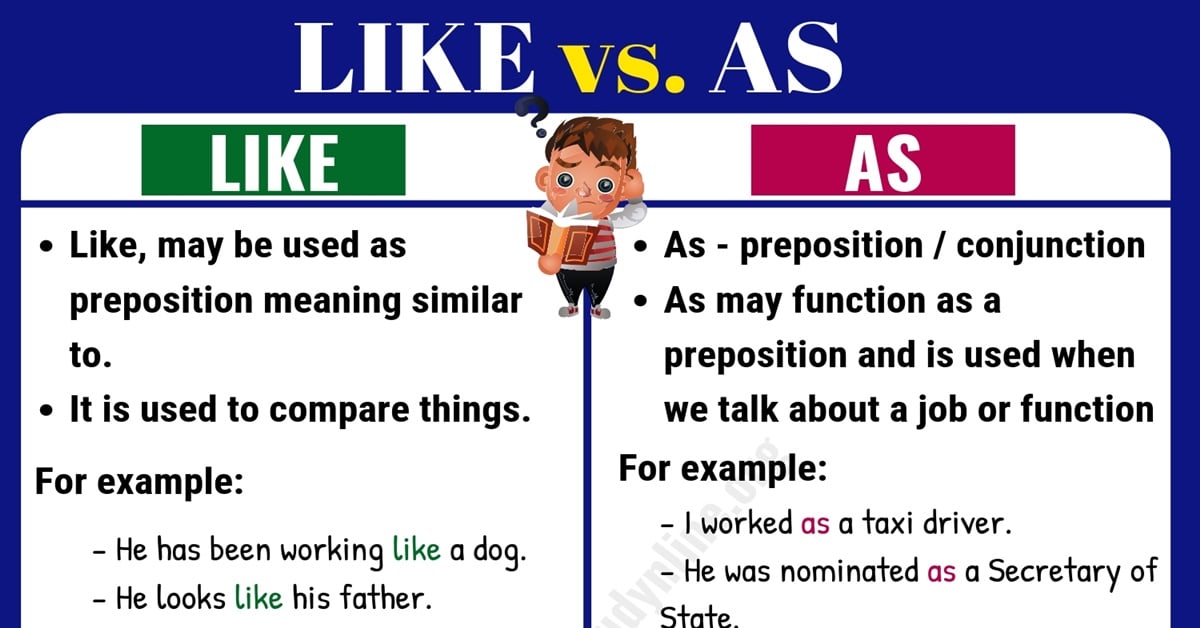 LIKE vs AS – Confused Word! Like vs As are confusing for many English learners. In this section, we will try to show how they are used in specific examples.

As may function as a preposition and is used when we talk about a job or function:

Like, may be used as preposition meaning similar to. It is used to compare things.

Like is often used in place of the subordinating conjunction as, or as if. 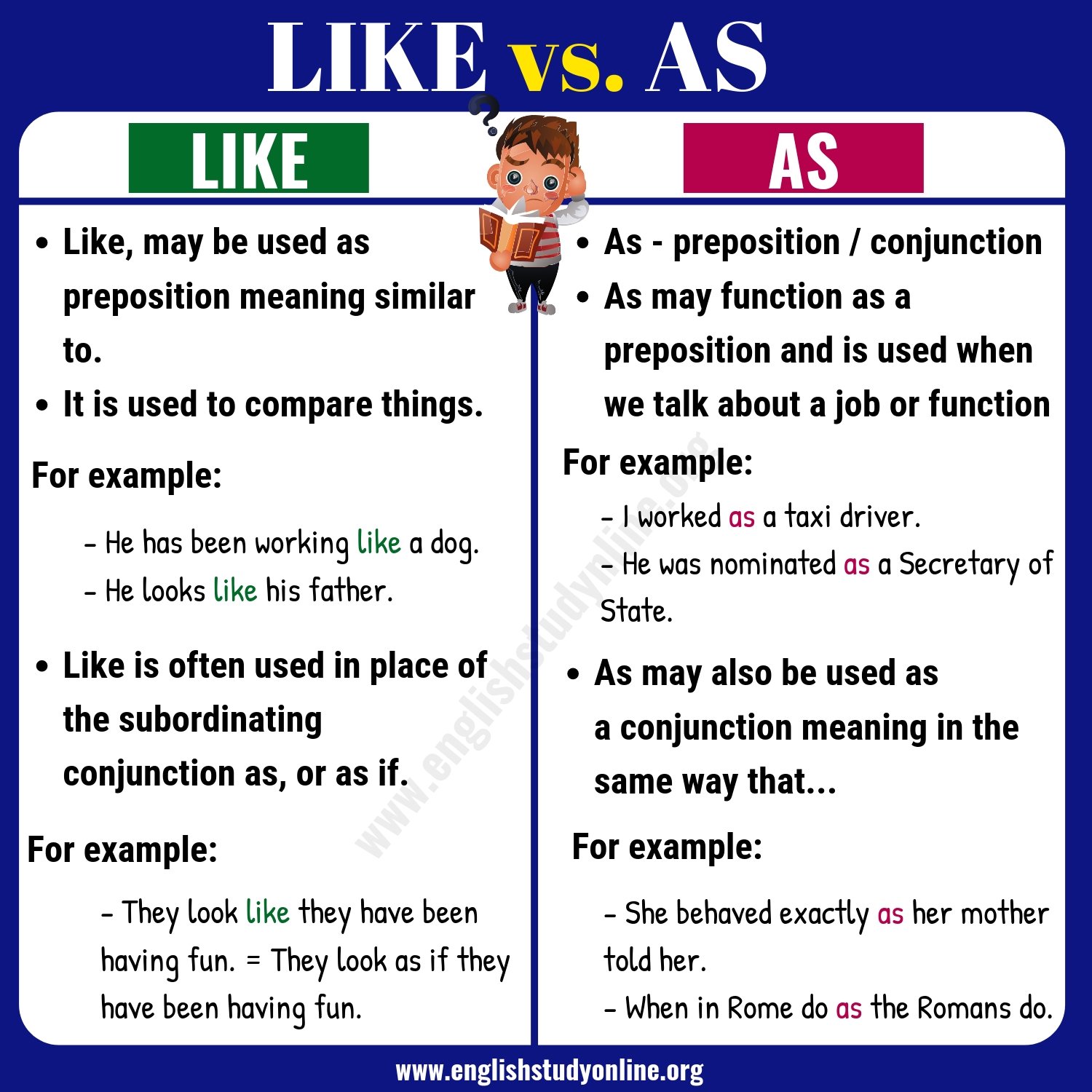