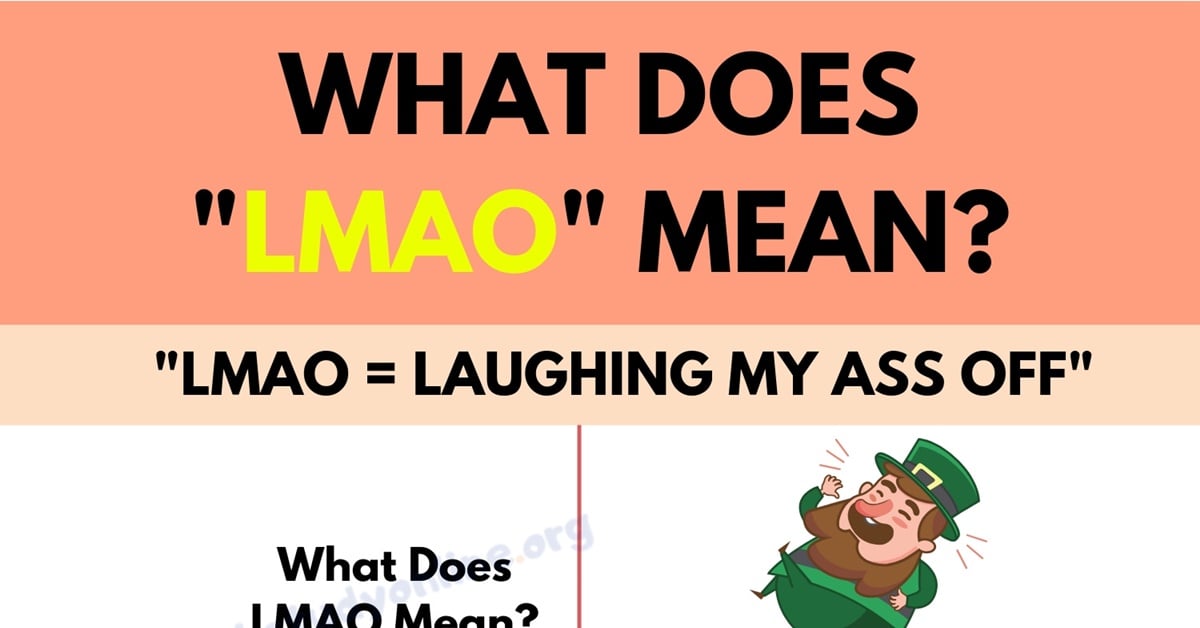 LMAO Meaning! What does LMAO mean? Are you searching for the definition of this popular term. You are at the right page. This following lesson will provide what does LMAO stand for and how to use it properly with ESL infographic.

“LMAO” the acronym that stands for “laughing my ass off“. This abbreviation usually comes into our mind when we’re laughing very hard, even though we rarely lose body parts to laughing.

How to Use LMAO 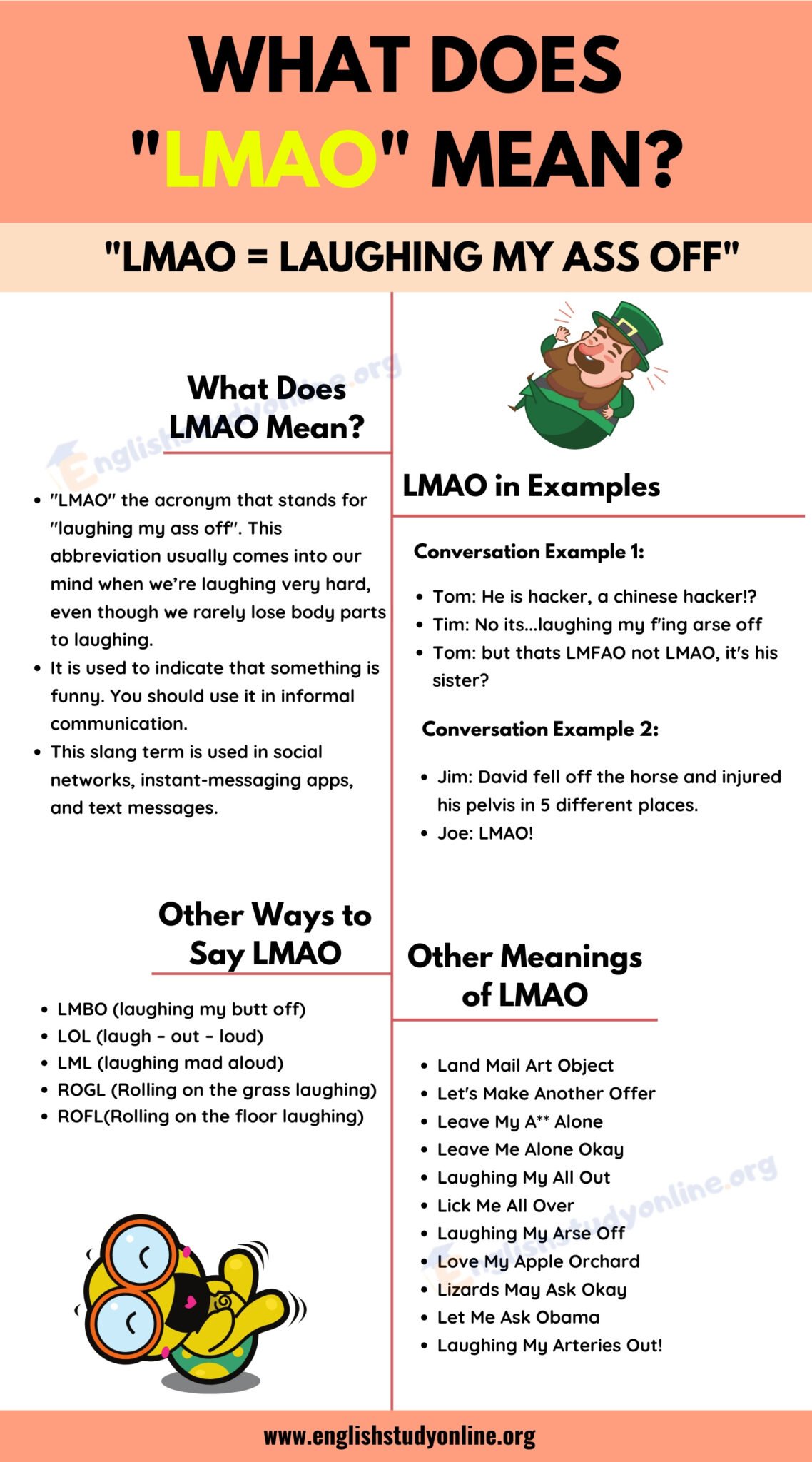