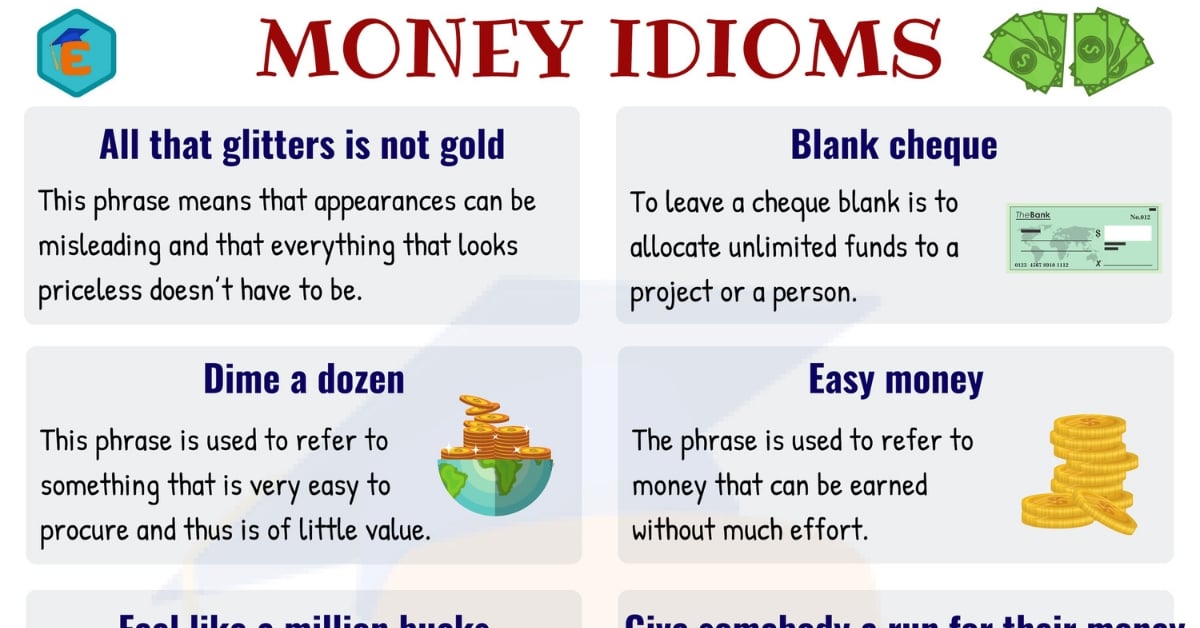 Money Idioms in English with Meaning and Examples! This article will provide definitions and examples of idioms related to Money.

All that glitters is not gold

Give somebody a run for their money

Not worth a cent 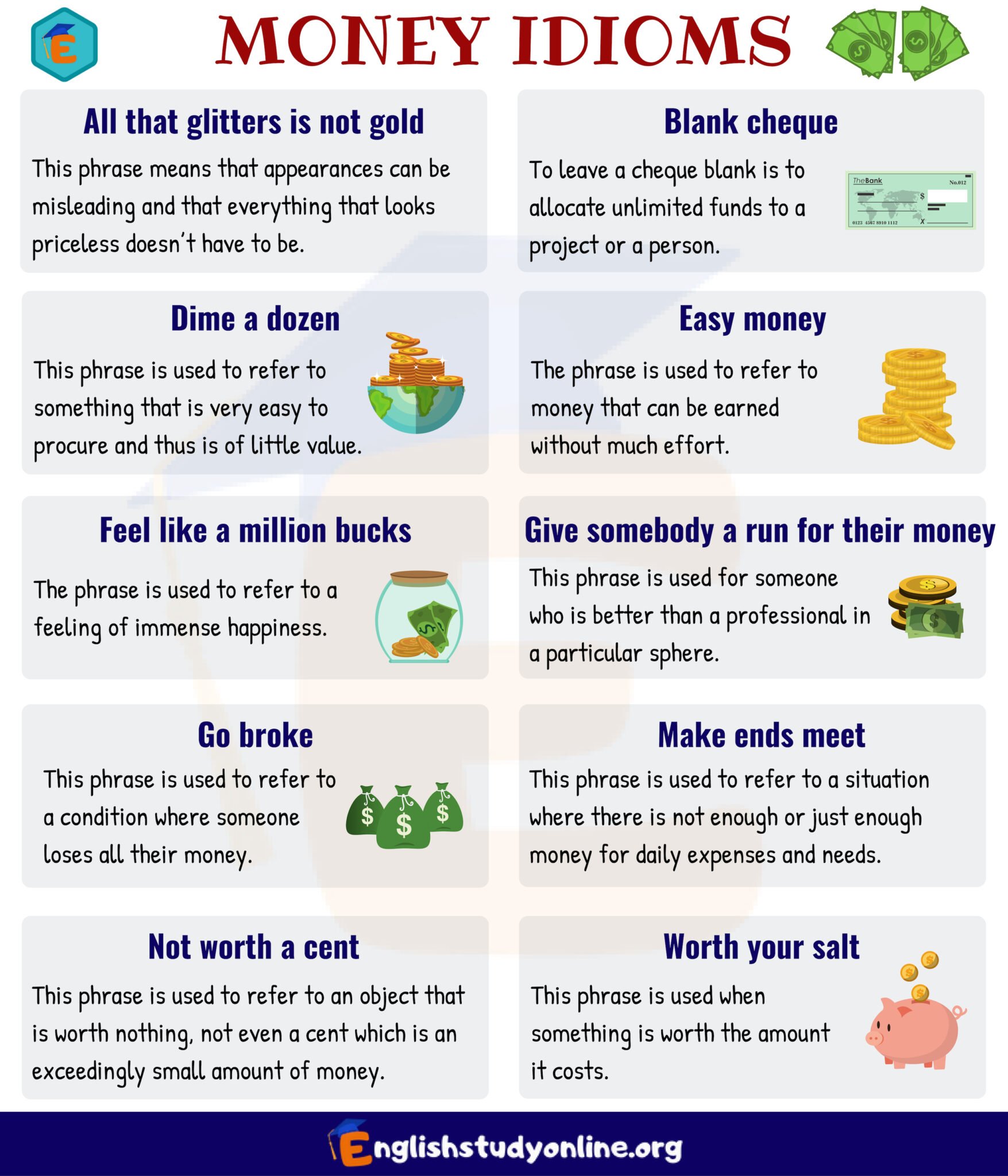 This is fantastic! Thank you