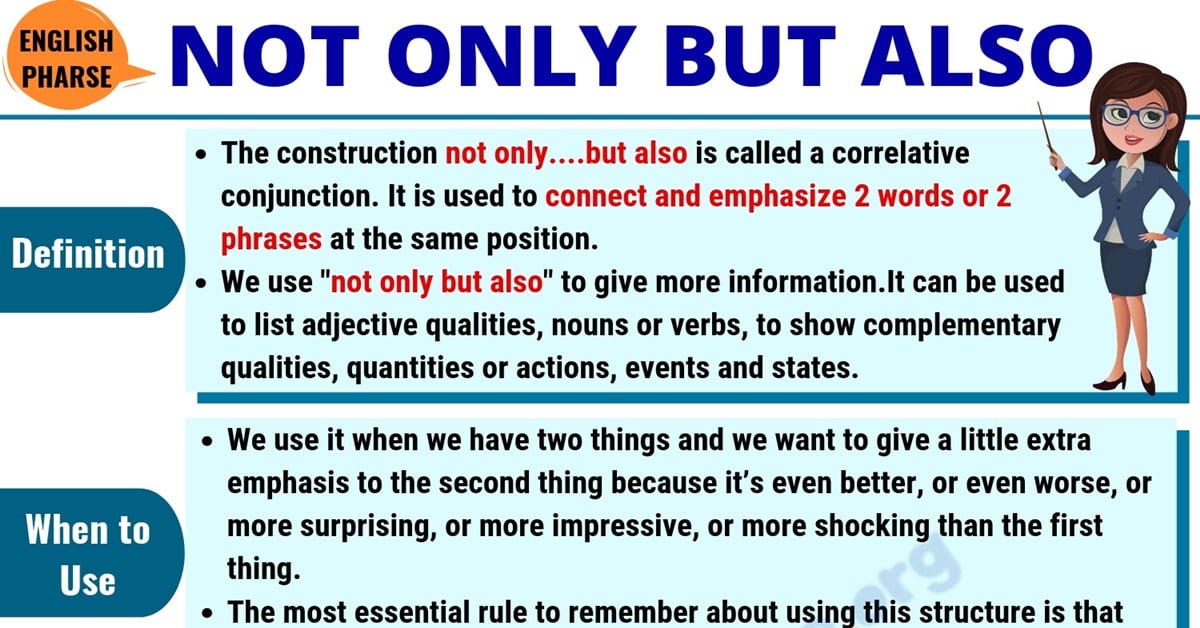 Not only but also meaning! Learn how to properly use the English pair not only and but also with useful example sentences and ESL printable infographic.

Definition of “Not Only But Also”

When to Use “Not Only But Also”

How to Form Sentences with Not Only…But Also

There are two ways to use not only, but also. You can use it in the middle and end of the sentence, or you can actually use it to start a sentence with not only. There are some grammatical considerations we have to keep in mind.

#1. Use it in the middle and end of the sentence:

#2. Use it at the beginning of the sentence or Inversion of Not only but also:

We can use not only at the beginning of a clause to add emphasis. When we do this, the subject and the verb are inverted.

When there is no auxiliary verb or main verb be, we use do, does, did:

Not Only But Also | Infographic 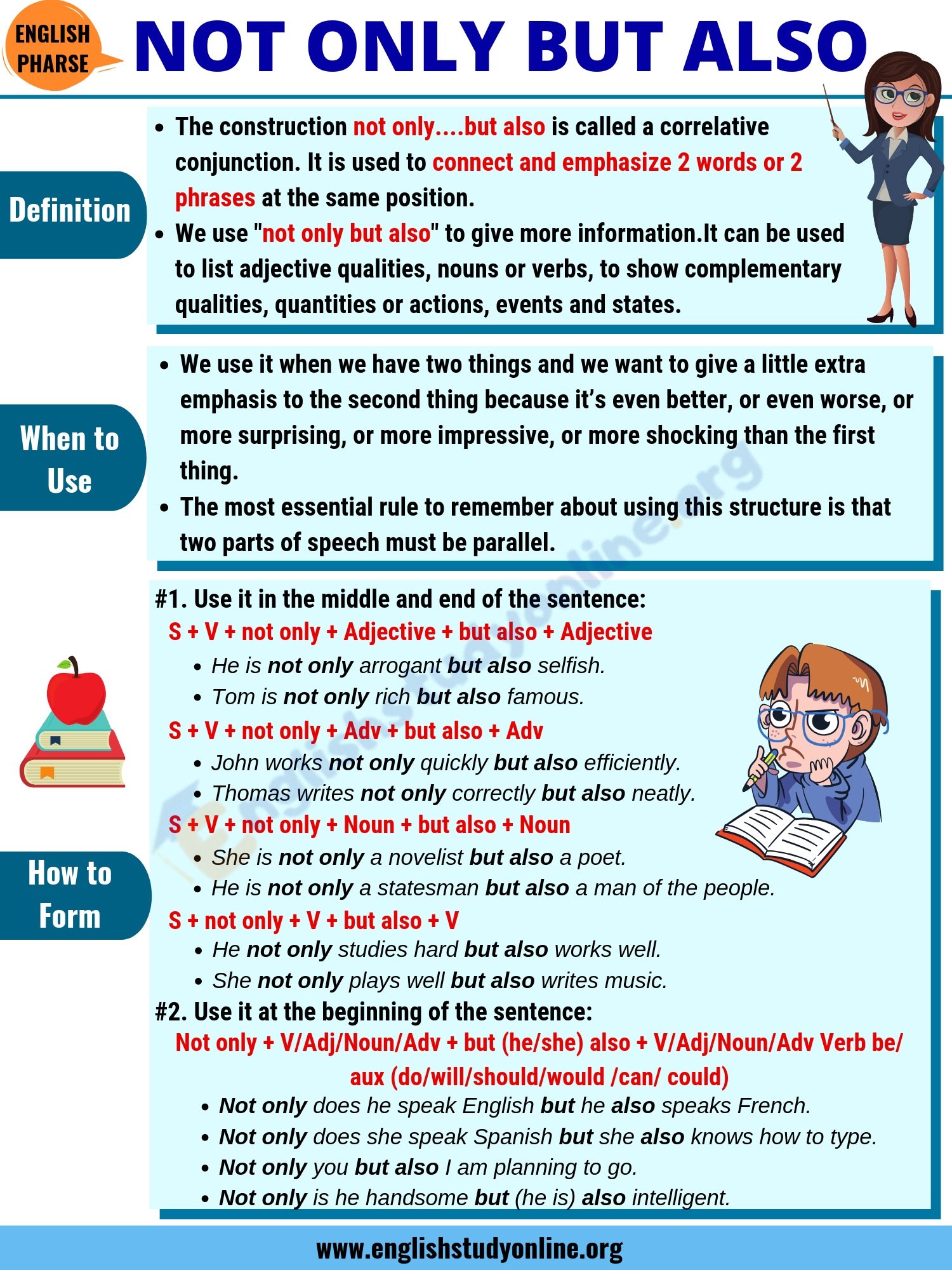 Very useful for everyone

Ya it’s so useful

This page contains not only useful information but also very clear examples. Thank you.