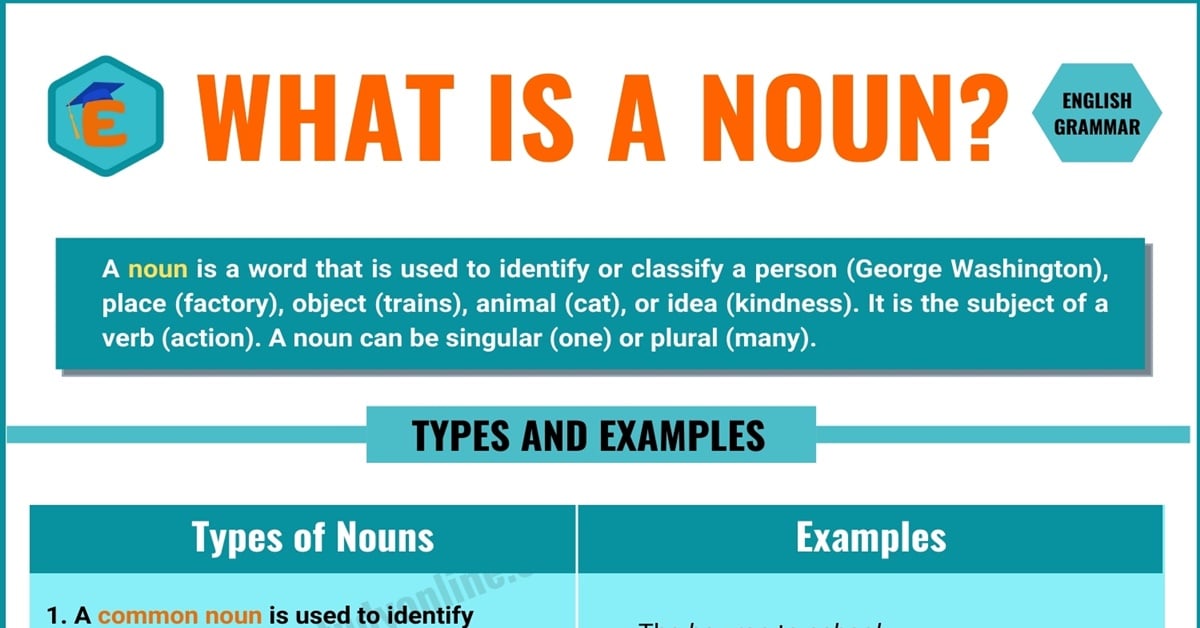 The article below will show you what is the definition of a noun, the different types of nouns and how to use nouns in sentences with useful examples and ESL infographic.

What Is a Noun?

A noun is a word that is used to identify or classify a person (George Washington), place (factory), object (trains), animal (cat), or idea (kindness). Nouns are often referred to as a “naming word.” It is the subject of a verb (action). A noun can be singular (one) or plural (many). It can also be replaced by a pronoun (he, she, it, they, someone, who, I, me, you, everybody).

A common noun is used to identify common or generic words for places, things, and people. Common nouns are not capitalized unless they begin a sentence or are in a title. Examples: country, factory, boy, fish, train.

A singular noun identifies that there is only one place, person, or thing. Examples: fox, man, restaurant, arm.

A plural noun identifies that there is more than one of something. This is done by adding an -s to the end of the noun (arms), or by adding an -es (foxes). Occasionally, the spelling may change to create a plural noun (countries or parties).

Not all plural nouns follow the adds –s or –es rule, there are exceptions that are called irregular plural nouns.

A concrete noun is something that is not abstract. It can be seen, touched, tasted, felt, or smelled. Examples: computer, banana, dog, pie.

An abstract noun is an idea that is intangible or untouchable. Examples: fear, loneliness, love, friendship.

A collective noun identifies a single noun that is a part of a group. This happens when a group is acting as one or completing the same action. Example Sentence: The team is playing an away game today. Other examples: herd, bunch, pack, swarm, family.

A compound noun combines two or more words together. They can appear as a single word, words connected by a hyphen, or use multiple words. Example: toothpaste, passer-by, water tank, rainfall.

A countable noun can be counted. When you have two fish or six sandwiches, you are describing a noun that is countable. Example: orange, chair, desk. 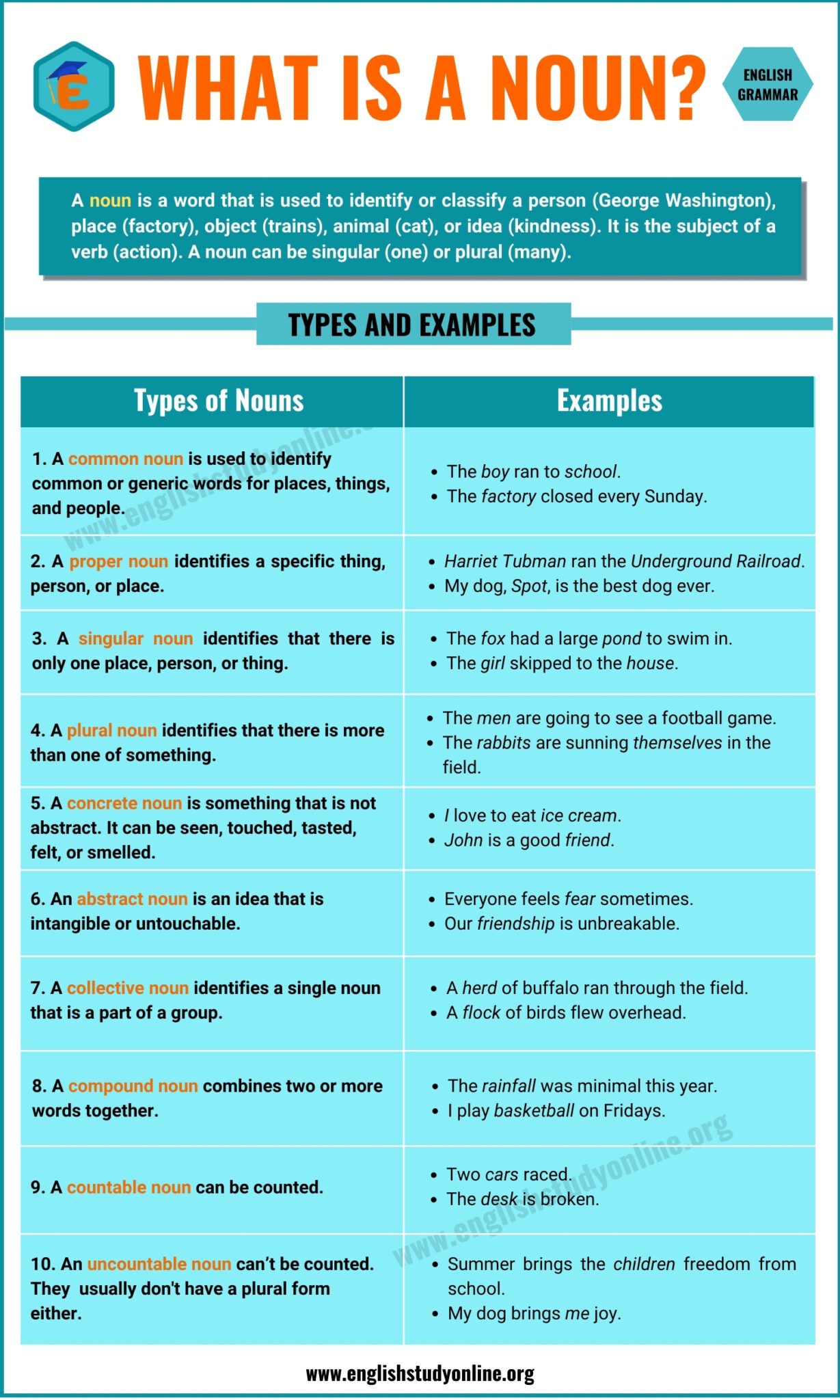 it help me get infomation pls send more