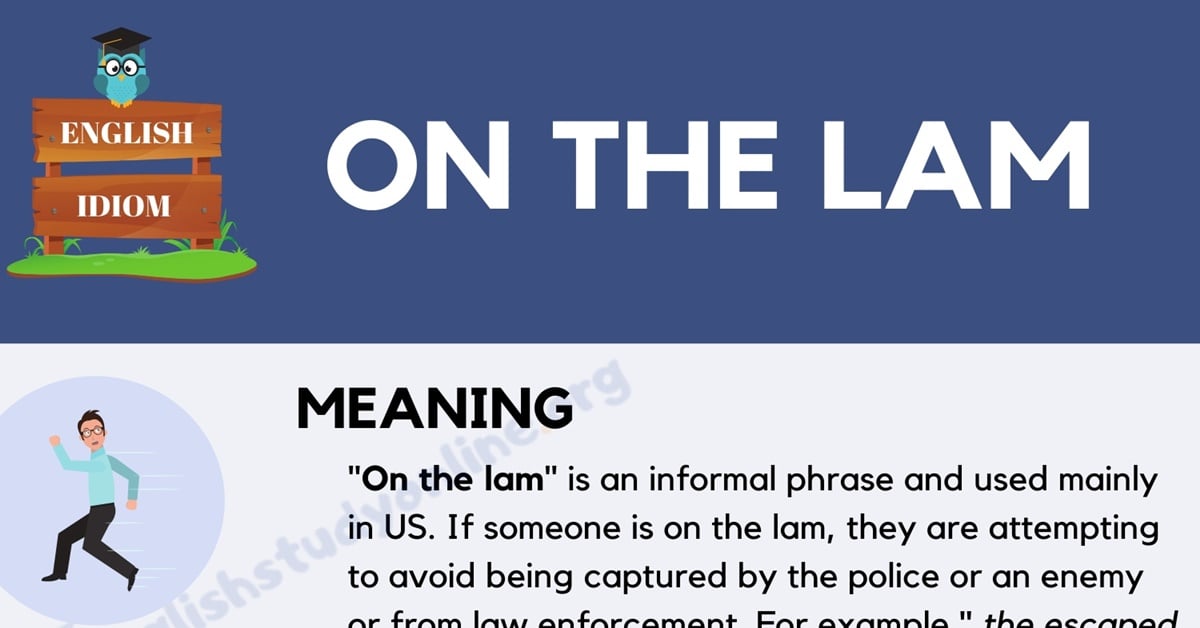 On The Lam meaning! Are you looking for the definition of the common idiom “on the lam”? You are on the right page. The following lesson introduces what does this idiom mean, with example sentences and list of synonyms for this idiom with interesting ESL infographic.

On The Lam Meaning

What Does On The Lam Mean?

“On the lam” is an informal phrase and used mainly in US. If someone is on the lam, they are attempting to avoid being captured by the police or an enemy or from law enforcement. For example ” the escaped convicts have been on the lam for a week, with no leads as to their whereabouts.”

Let’s take more examples used in sentences to understand clearly about this idiom:

On The Lam | Infographic 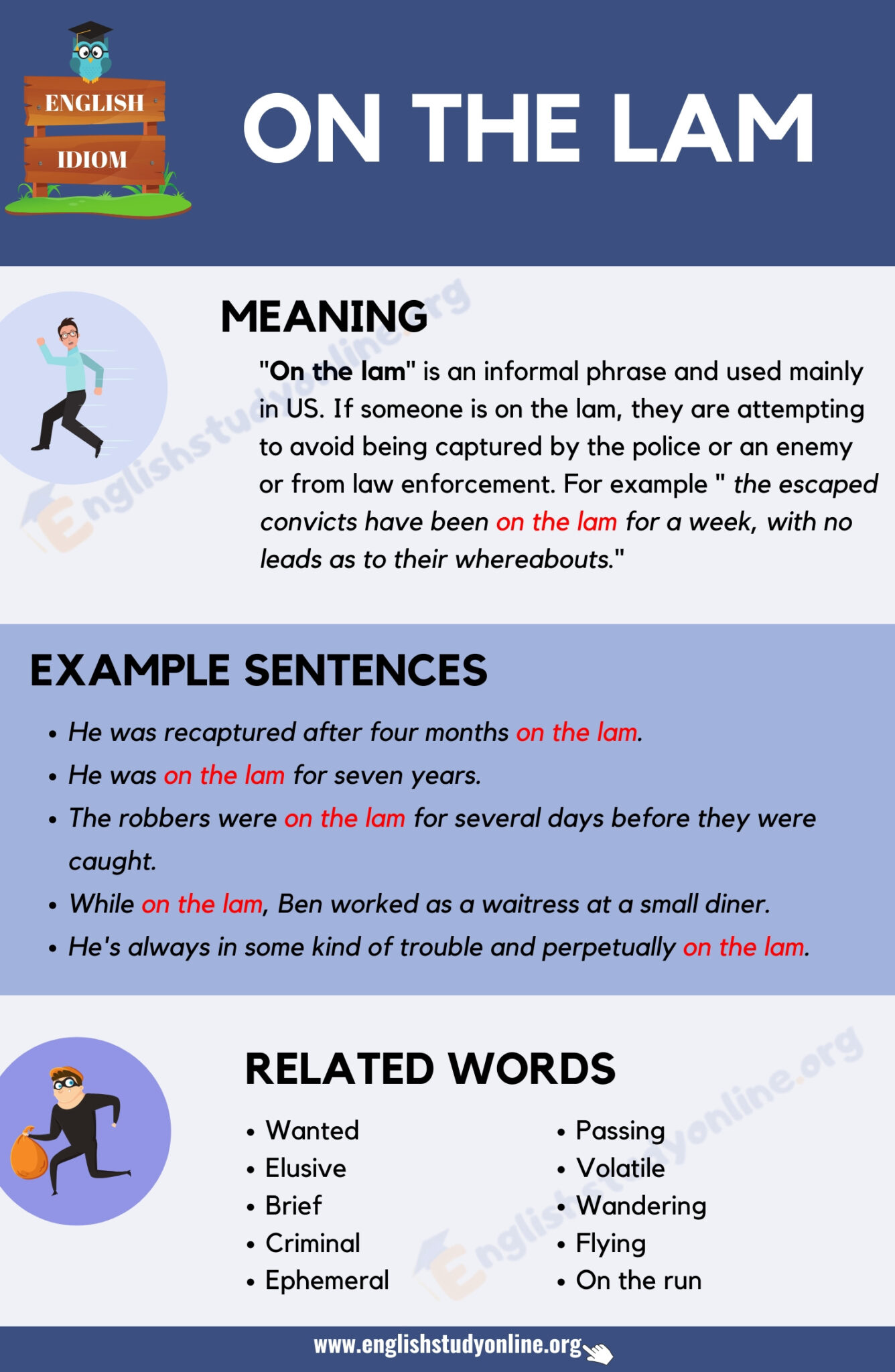