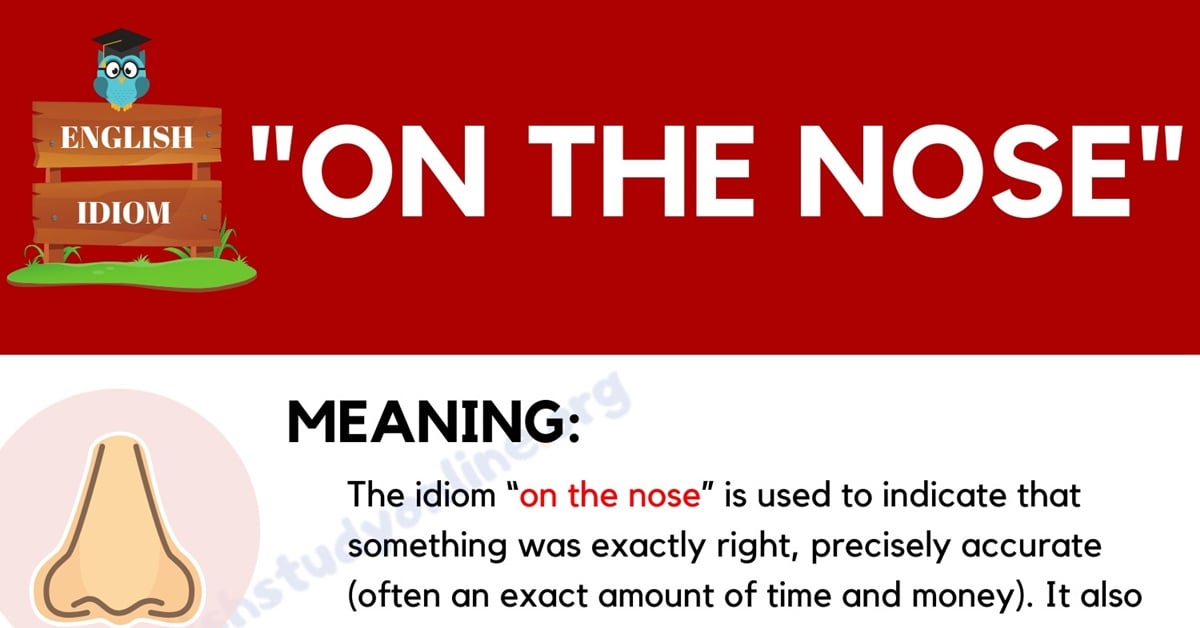 On The Nose meaning! Are you looking for the definition of the common idiom “on the nose”? You are on the right page. The following lesson introduces what does this idiom mean, with example sentences and alternative form for this idiom with interesting ESL infographic.

On The Nose Meaning

What Does On The Nose Mean?

The idiom “on the nose” is used to indicate that something was exactly right, precisely accurate (often an exact amount of time and money). It also refers to someone who has been exact in something with some complication and difficulty. Take an example “Her commentary for the new plan is right on the nose.”

Let’s take more examples used in sentences to understand clearly about this idiom:

Synonyms for On The Nose

Here is the list of synonyms for the idiom “on the nose” that you could use instead.

On The Nose Meaning Infographic 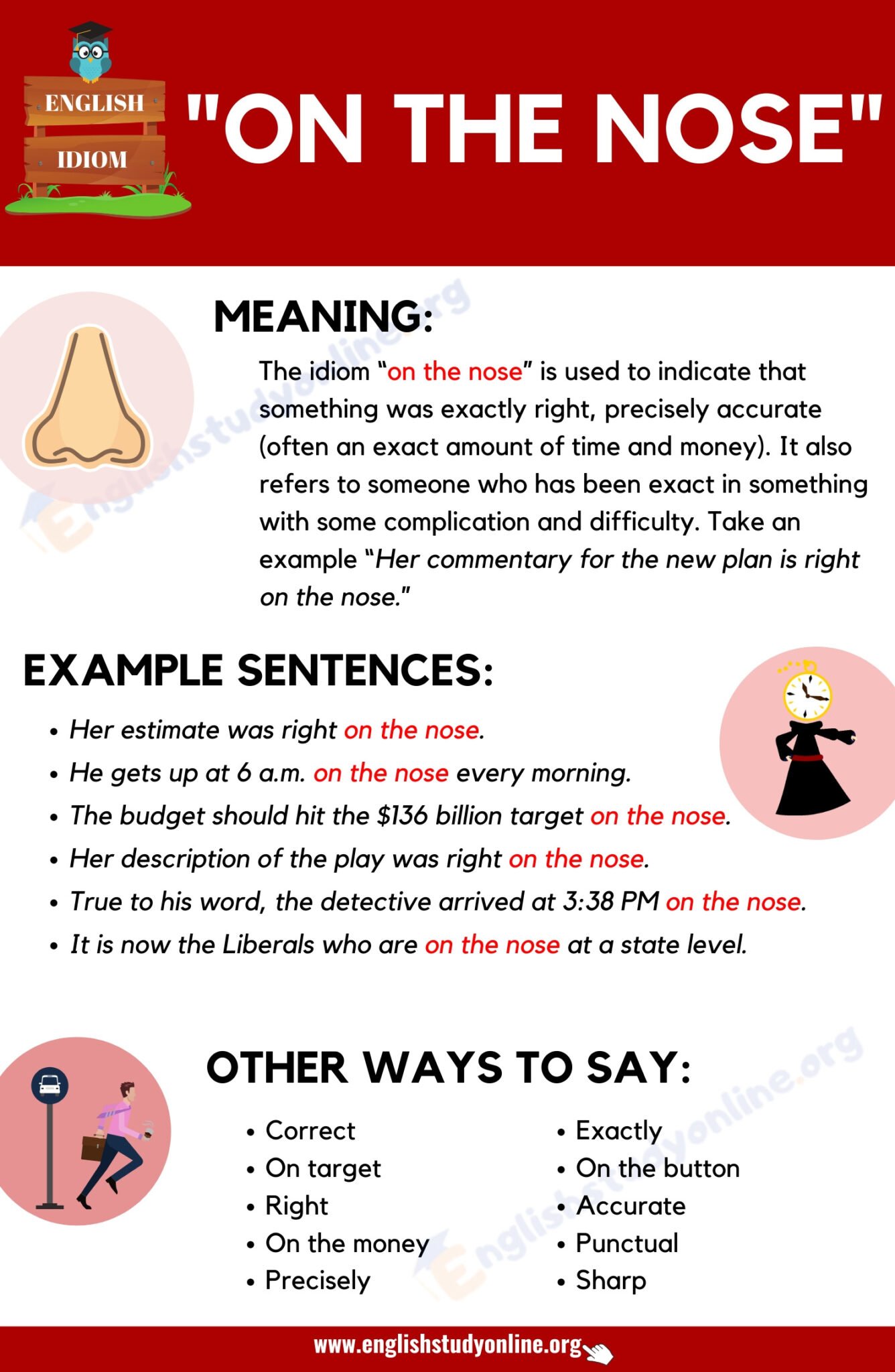