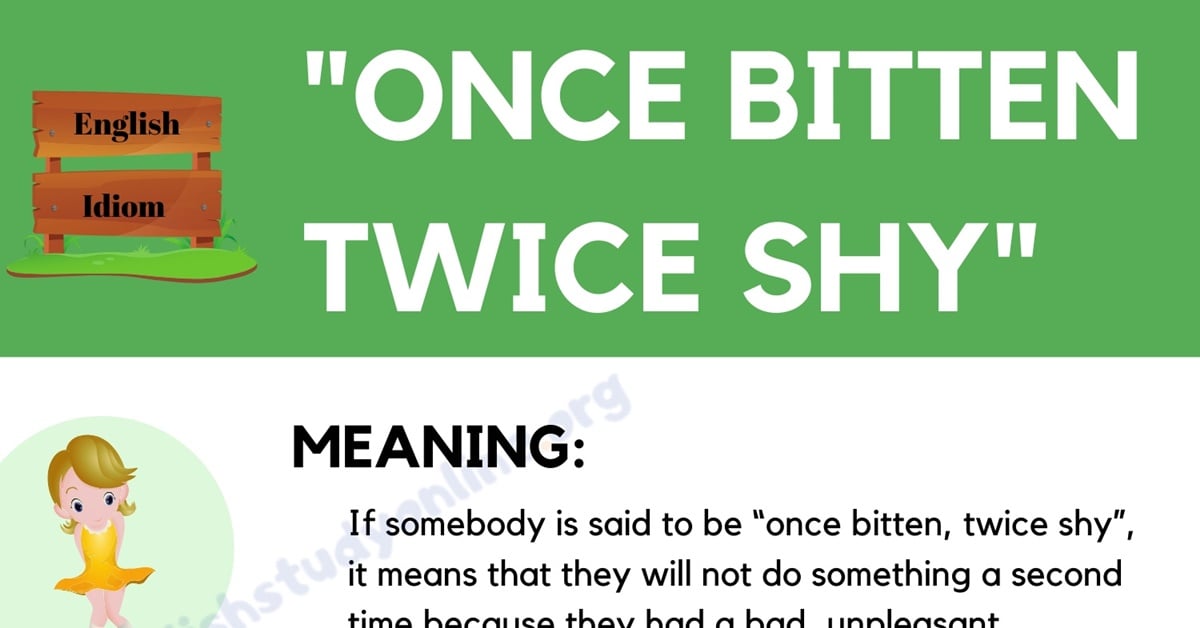 Once Bitten Twice Shy Meaning! Are you looking for the meaning of the popular idiom “once bitten twice shy”? In this lesson, you will find what does it mean and some example sentences using this idiom properly to help you further understand its meaning and some alternative phrases you can use its place that are similar in meaning.

An idiom is a word, group of words or phrase that has a figurative meaning that is not easily deduced from its literal definition. Common idioms are words and phrases used in the English language in order to convey a concise idea, and are often spoken or are considered informal or conversational.

What Does Once Bitten Twice Shy Mean?

If somebody is said to be “once bitten, twice shy”, it means that they will not do something a second time because they had a bad, unpleasant experience the first time they did it. In order word, they are frightened to do something again or they will be far more careful the next time around.

There is no exact information about the origin of this phrase. Once bitten, twice shy is an interesting idiom that first appeared in the 1800s.

Other Ways to Say/ Synonyms

There are several synonyms you could possibly use to represent the idiom and convey the same meaning: 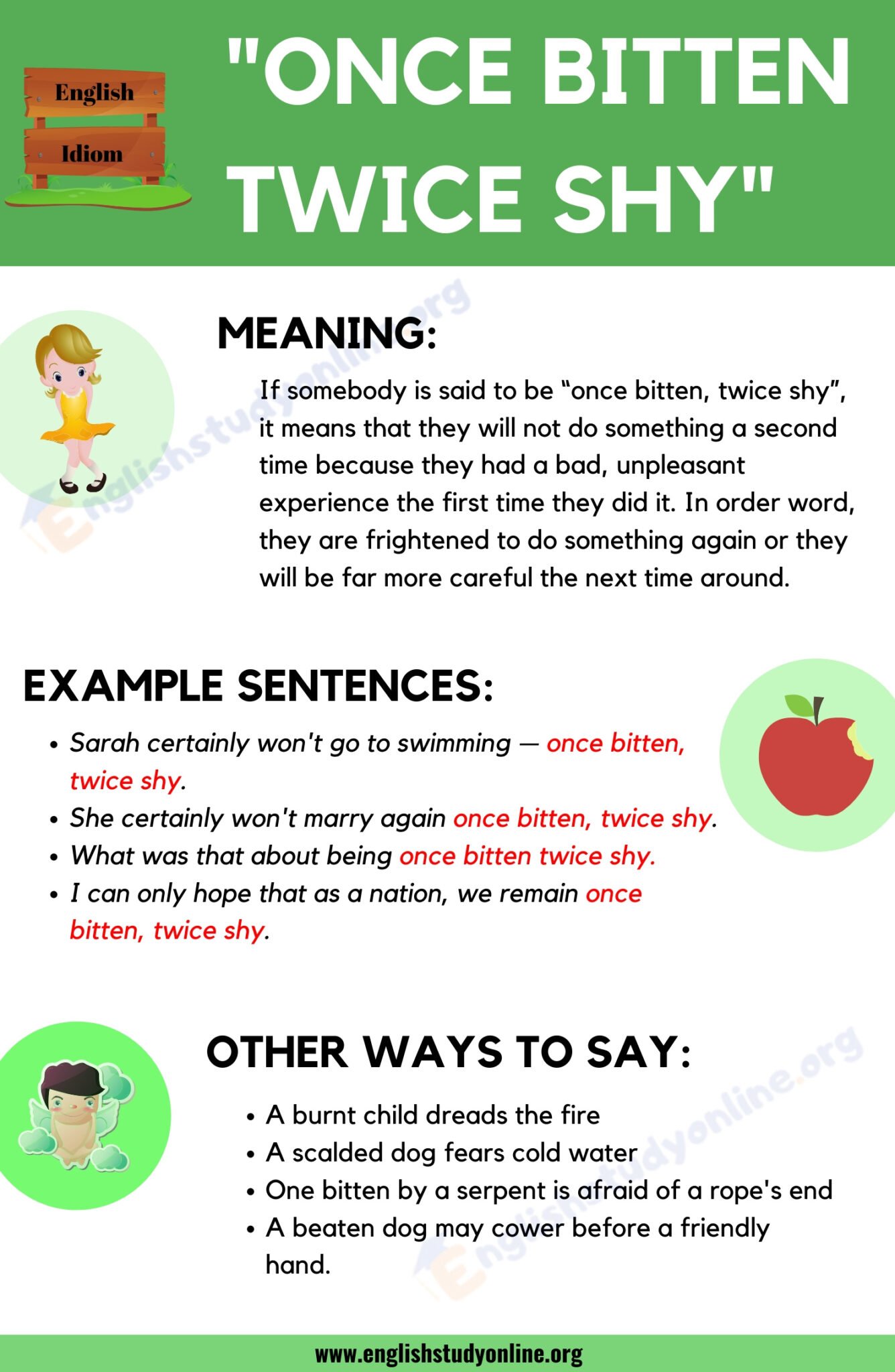