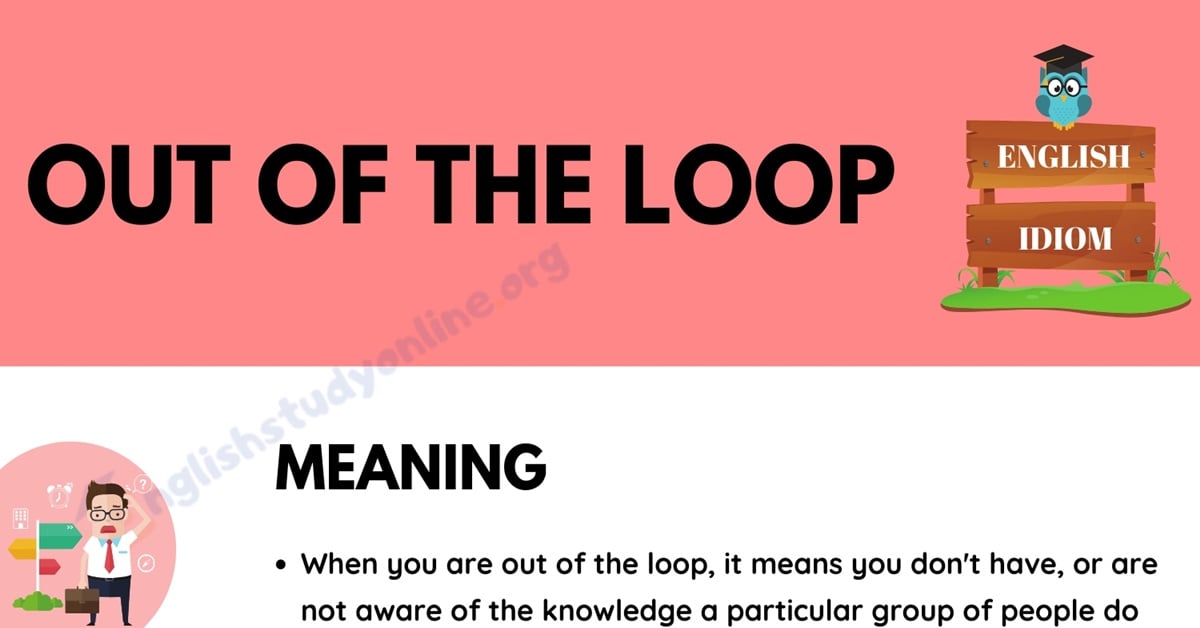 Out of the loop! Ever you have heard about this interesting idiom? Are you searching for the meaning of this one. You are at the right page. This lesson below provides the definition, origin as well as example sentences and different ways to use instead of this phrase in English. Let’s take a look!

An idiom is a phrase or an expression that has a figurative, or sometimes literal, meaning. Categorized as formulaic language, an idiom’s figurative meaning is different from the literal meaning.

OUT OF THE LOOP

What Does Out of the Loop Mean?

When you are out of the loop, it means you don’t have, or are not aware of the knowledge a particular group of people do have. In other words, you’ve missed out on something or to be excluded from being informed about certain things known to a select few people.

In short term, out of the loop means not in formed, up-to-date, or current, not included in a process or discussion.

Out of the Loop in Example Sentences

Synonyms of Out of the loop

OUT OF THE LOOP INFOGRAPHIC 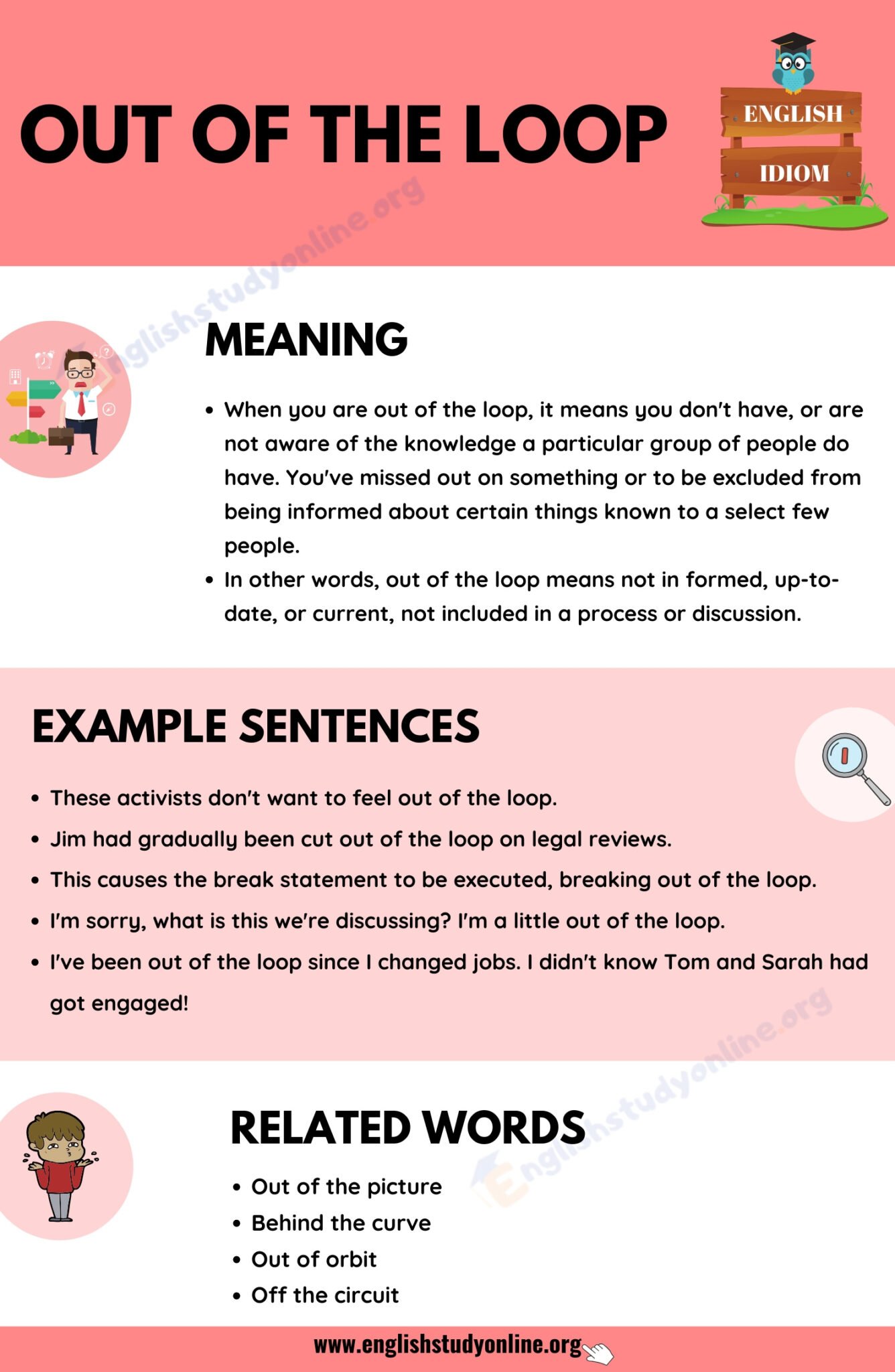