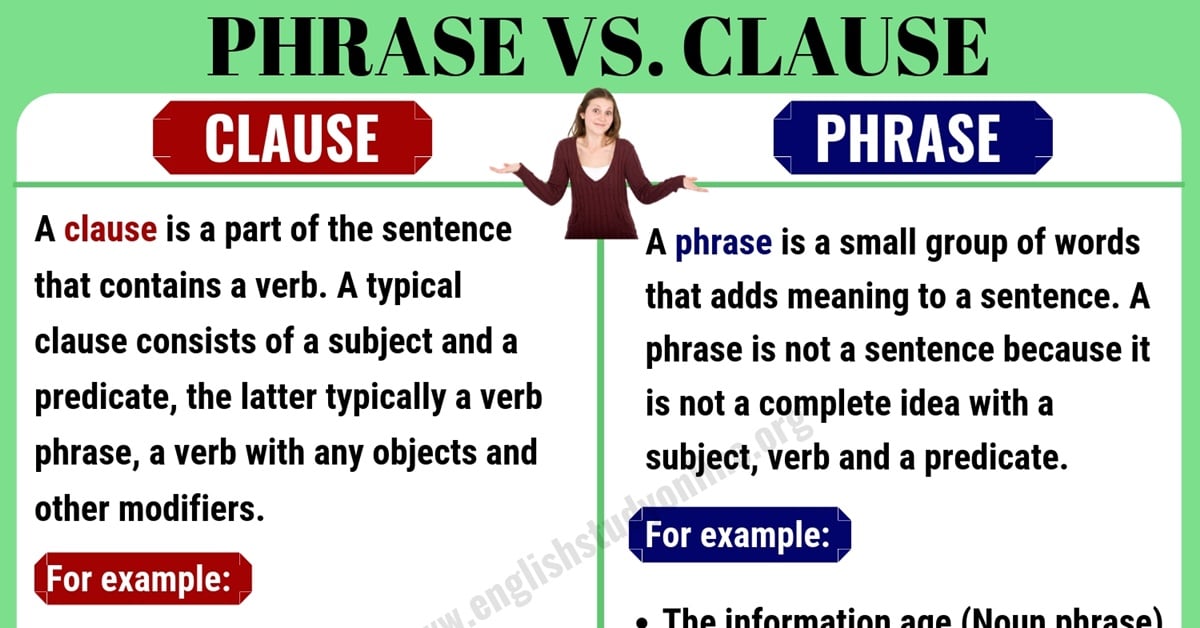 Phrase vs Clause in English! Learn the difference between Clause vs Phrase with useful examples and ESL printable infographics.

Phrase vs Clause in English

There are many different types of phrases and clauses. Let’s find as below:

What is a clause?

A clause is a part of the sentence that contains a verb. A typical clause consists of a subject and a predicate, the latter typically a verb phrase, a verb with any objects and other modifiers. It can stand on its own.

What is a phrase?

A phrase is a small group of words that adds meaning to a sentence. A phrase is not a sentence because it is not a complete idea with a subject, verb and a predicate.

In a ‘Noun phrase‘, one or more words work together to give more information about a noun.

In an Adjective phrase, one or more words work together to give more information about an adjective.

In a Verb phrase, one or more words work together to give more meaning to a verb. In English, the verb phrase is very complex, but a good description of its many forms can be found here.

In an Adverb phrase, one or more words work together to give more information about an adverb.

In a Prepositional phrase, one or more words work together to give information about time, location, or possession, or condition. The preposition always appears at the front of the phrase (preposition = pre-position).

Find the difference between phrase vs clause in English with ESL Image. 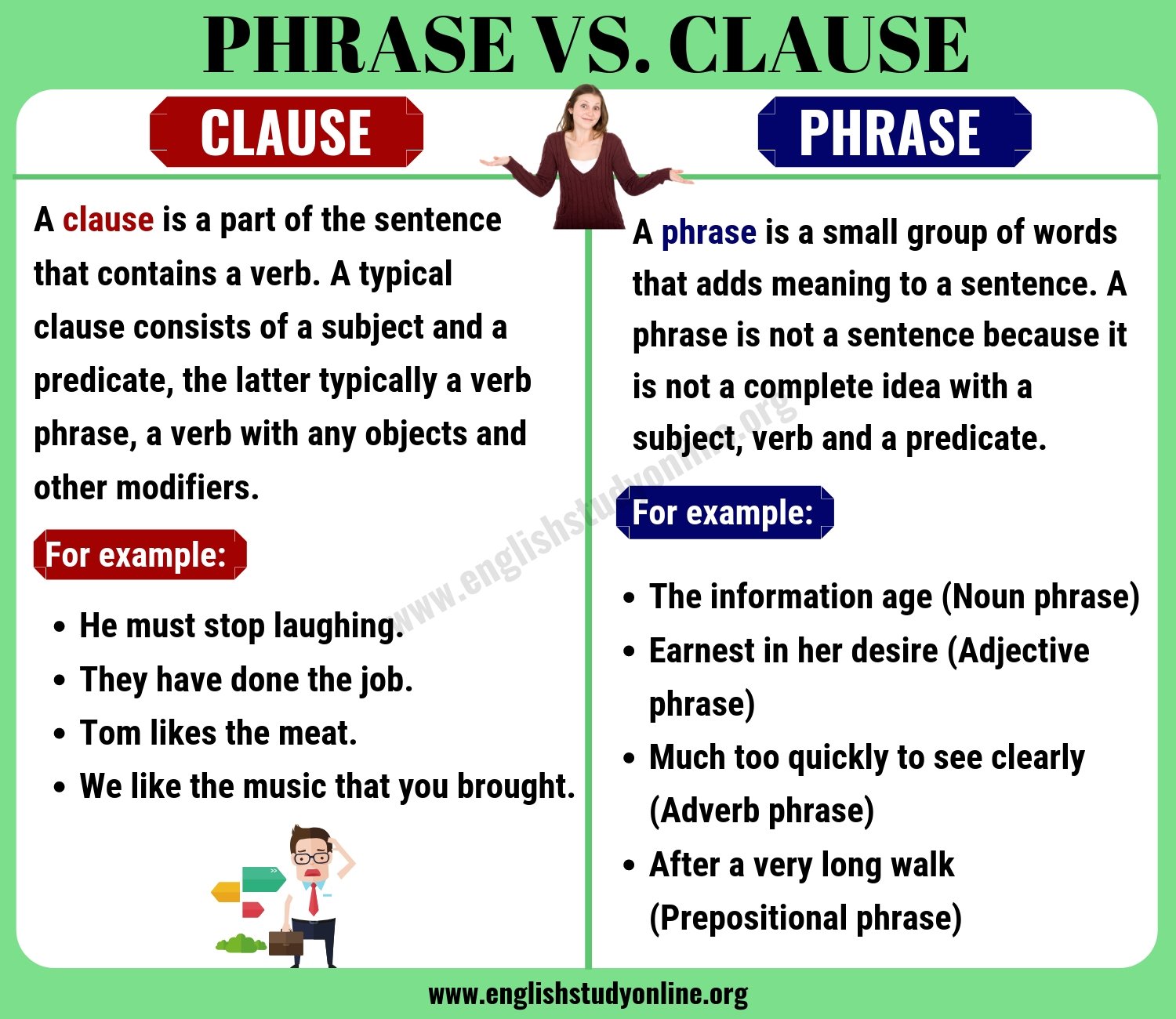 Please give more detail about phrase. It is not helpful.

Ya they explained it very well now I nailed it out..😃😃

May I know what is phrases ? If you saw this comment please reply. Thanks!

inside the box (above phrase) ..,under Independent ” ‘he’ walked home by herself” its not ‘he’ it is ‘she’ ….iam i right? do change it if it is wrong.
also the content is very helpfull. Thank You

Supposed to be “she” not he

This is really good for grammar.

yo guys calm down .YOU MOTHER FUCKERS

What does a clause mean?

Please give more detail about phrases. It’s not so understanding