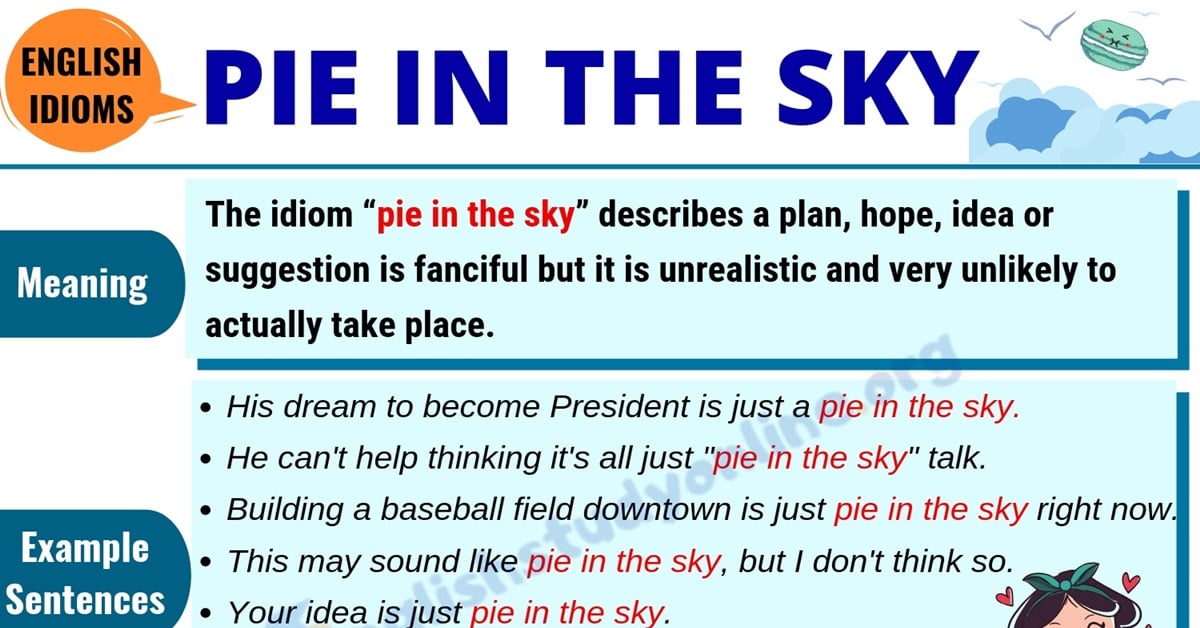 What does “Pie In The Sky” mean? Learn the definition, how and when to use the expression “pie in the sky” with useful example sentences and ESL printable infographic.

Pie In The Sky Meaning

What Does “Pie in the Sky” Mean?

The idiom “pie in the sky” describes a plan, hope, idea or suggestion is fanciful but it is unrealistic and very unlikely to actually take place.

Pie in the sky is an American idiom. When used before a noun as a modifier, the phrase is hyphenated as in pie-in-the-sky.

What is Origin of “Pie in the Sky”?

According to Wikipedia, the phrase is originally from the song “The Preacher and the Slave” (1911) by Swedish-American labor activist and songwriter Joe Hill (1879–1915), which he wrote as a parody of the Salvation Army hymn “In the Sweet By-and-By” (published 1868). His lyrics in the parody hymn criticizes the Salvation Army for focusing on people’s salvation rather than on their material needs:

You will eat, bye and bye,

In that glorious land above the sky;

Work and pray, live on hay,

You’ll get pie in the sky when you die.

Pie In The Sky | Infographic 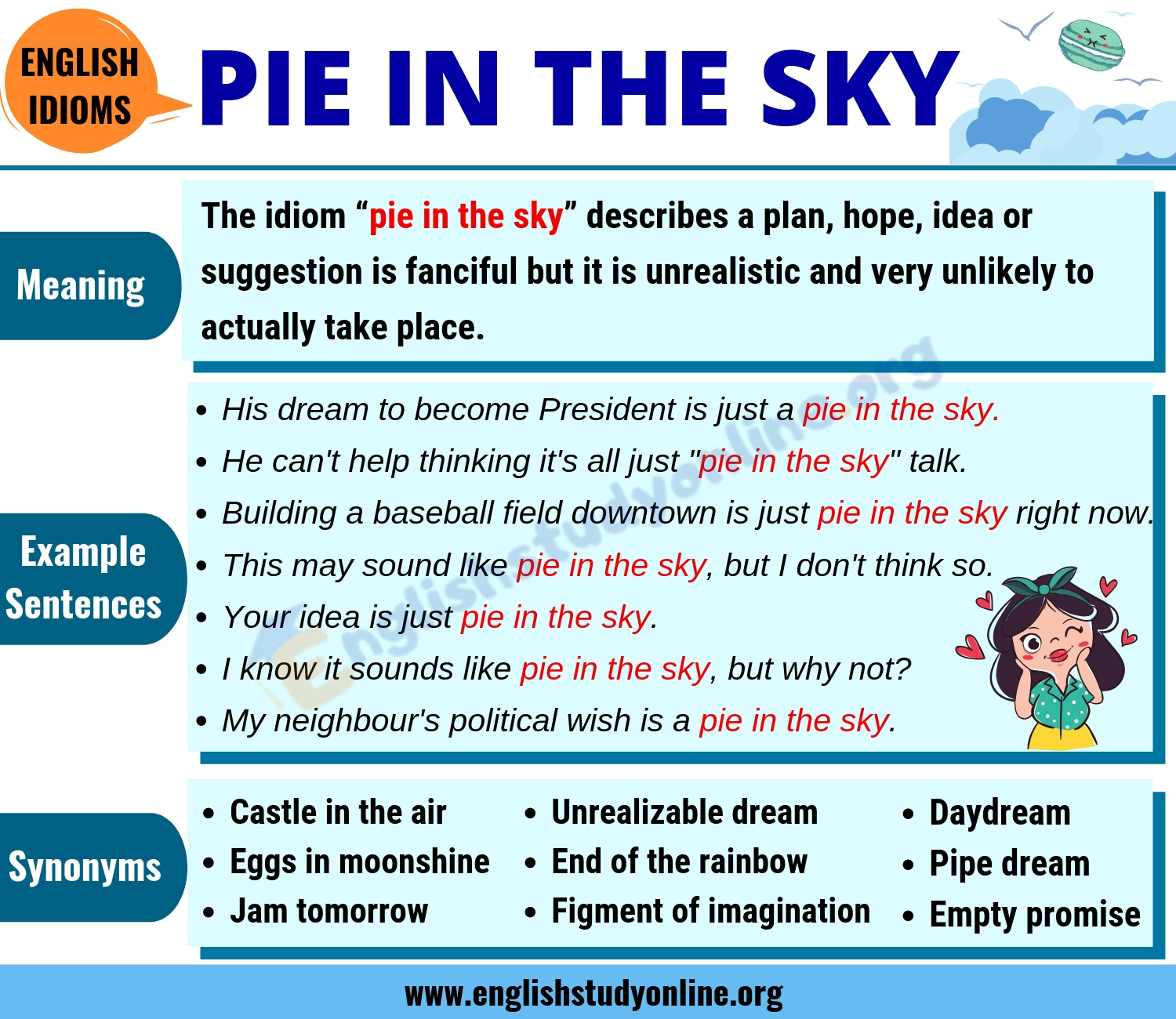 Other Ways to Say

Here is the common list of synonyms for the expression “pie in the sky” with useful example sentences in English:

Synonyms for “Pie in the Sky” with Examples

Castle in the air

End of the rainbow