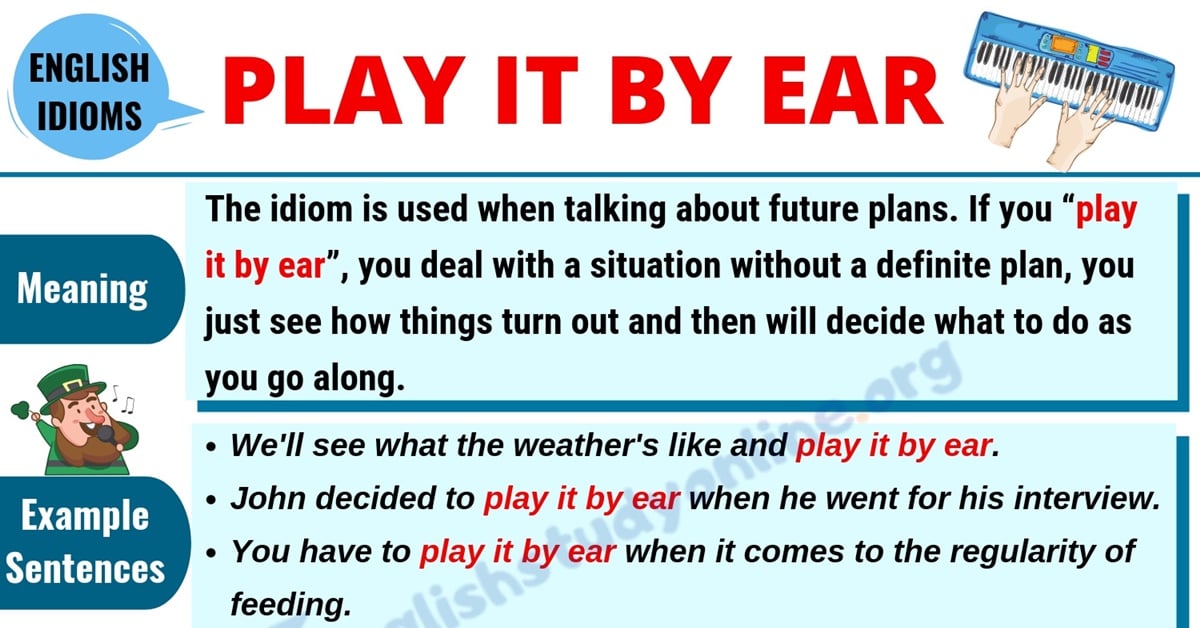 What does “play it by ear” mean? Learn the definition, how and when to use this idiom with interesting conversation examples and different ways to say “play it by ear” with ESL infographic.

Play It By Ear Meaning

What Does “Play It By Ear” Mean?

The idiom “play it by ear” is used when talking about future plans. If you “play it by ear”, you deal with a situation without a definite plan, you just see how things turn out and then will decide what to do as you go along.

This idiom has a musical meaning too. When you play a piece of music by ear, you play it without looking at printed music for a song.

Tom: What do you want to do this weekend?

Anna: I don’t know, we can see a movie or have dinner. Why don’t we play it by ear?

David: What are the plans for tomorrow night? Any parties?

Other Ways to Say “Play It By Ear”

Here is the list of synonyms for the phrase “play it by ear” with useful example sentences:

Go with the flow

Happen to do something

Play It By Ear | Infographic 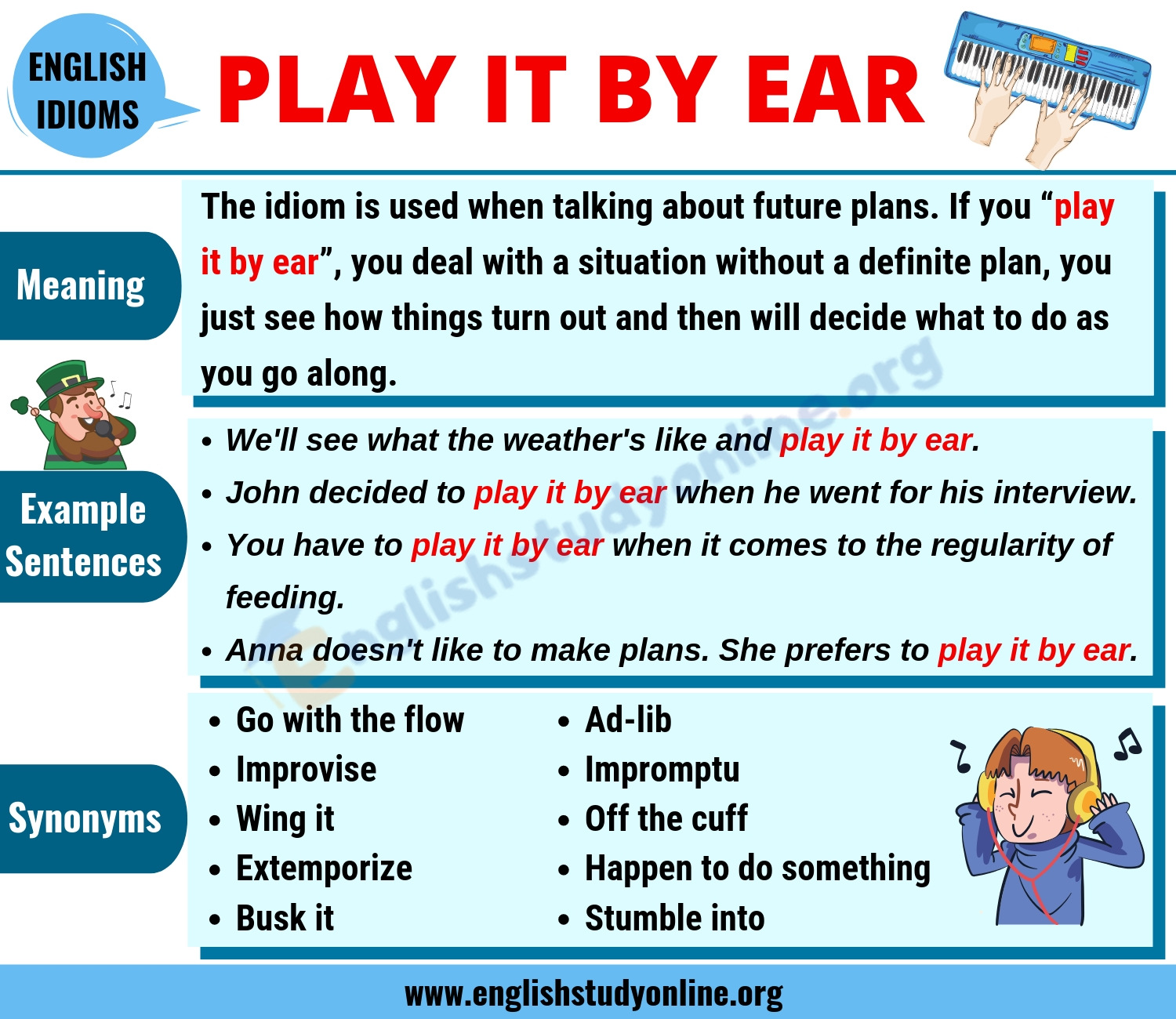