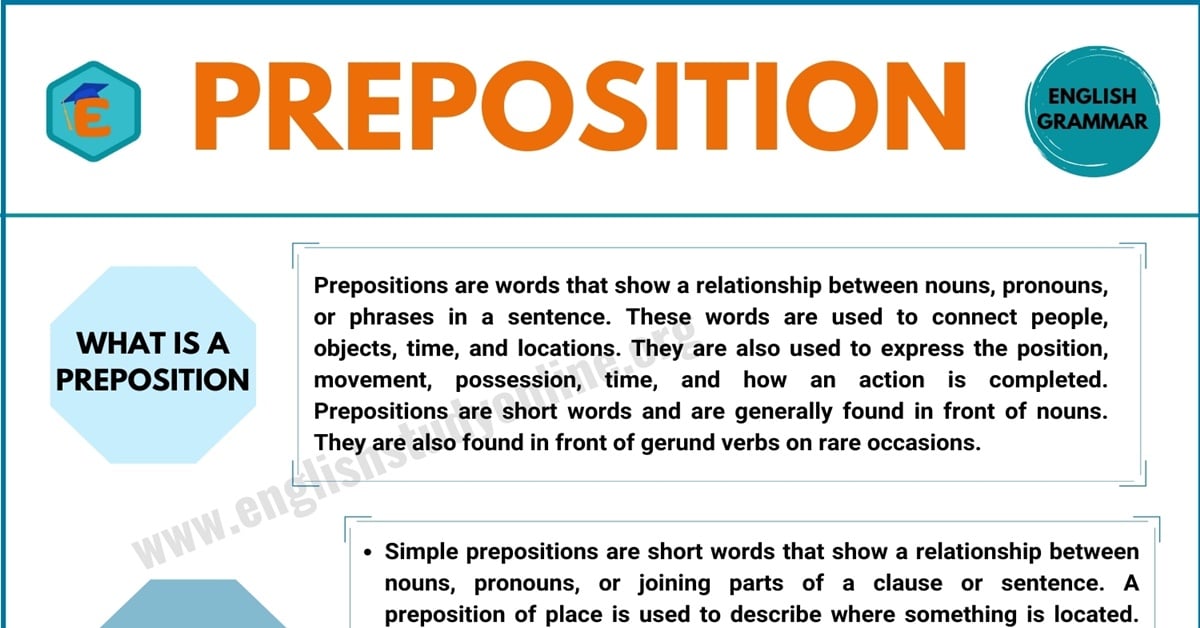 What is a Preposition

Prepositions are words that show a relationship between nouns, pronouns, or phrases in a sentence. These words are used to connect people, objects, time, and locations. They are also used to express the position, movement, possession, time, and how an action is completed. Prepositions are short words and are generally found in front of nouns. They are also found in front of gerund verbs on rare occasions.

How to Use Prepositions

The first important rule about prepositions is they are always followed by a noun, and never followed by a verb. If a preposition is used following a verb, which is actually a gerund has to end in the form of ing.

The next important rule about prepositions is they usually go before their noun or pronoun. People think that a preposition cant come at the end of a sentence but it can. Also, one should never use additional prepositions if the meaning of the sentence is clear without them. 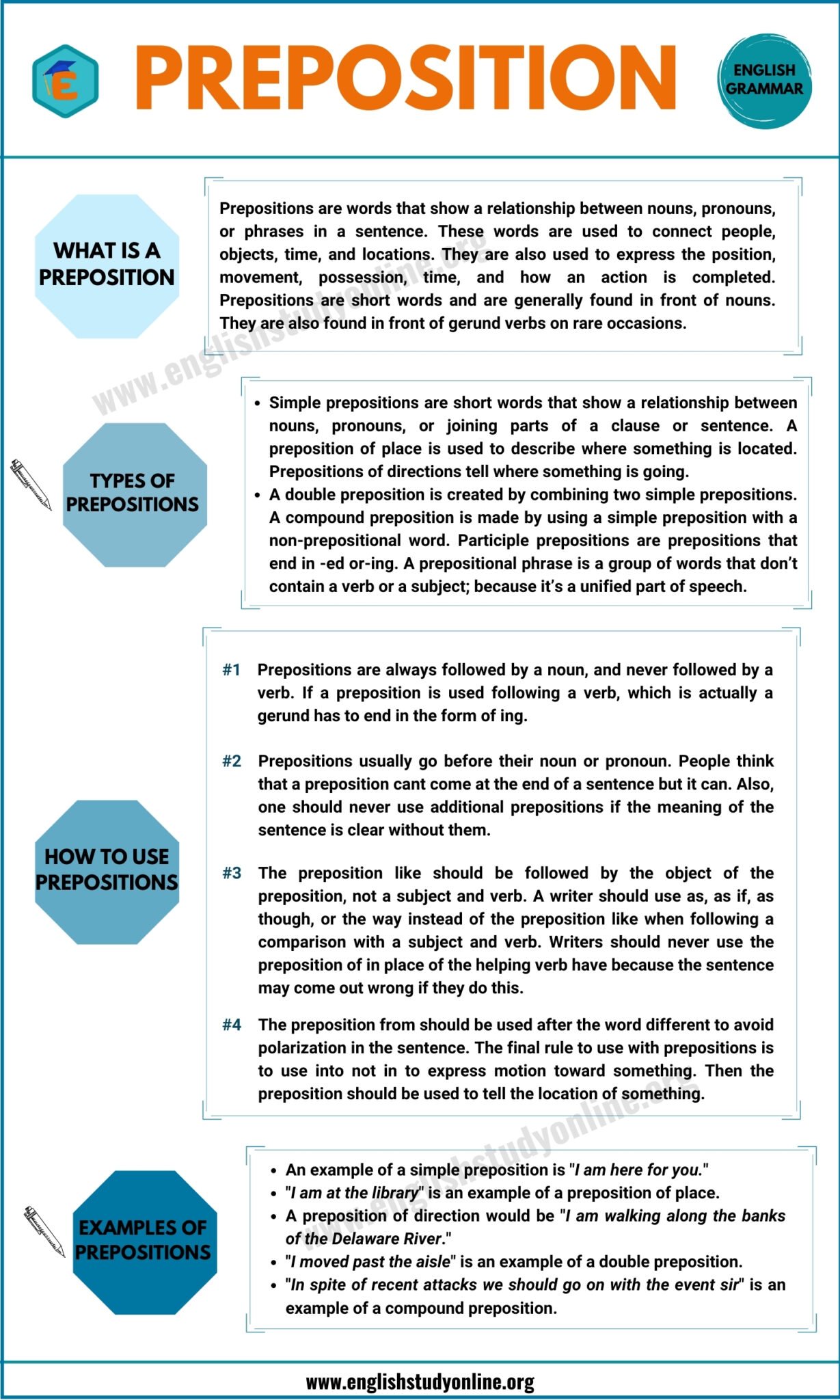