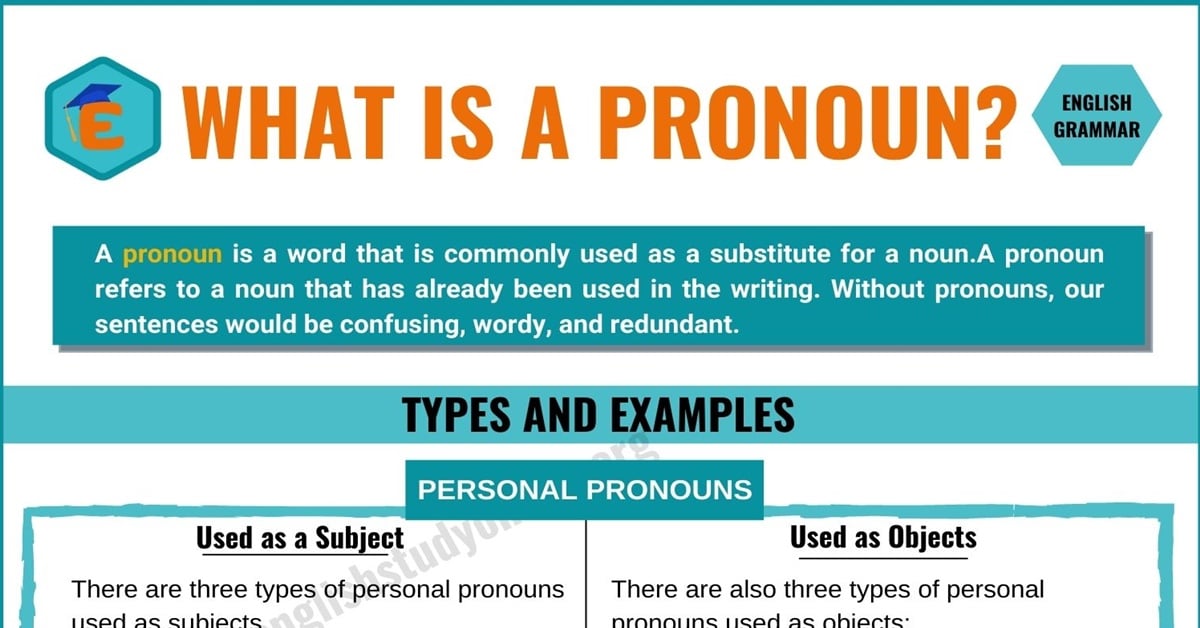 Pronouns serve an important role in spoken and written English. Without pronouns, our sentences would be confusing, wordy, and redundant. Below are explanations and examples of the various types of pronouns. Hopefully, this information will help you to use pronouns more effectively.

What Is a Pronoun?

A pronoun is a word that is commonly used as a substitute for a noun. A pronoun refers to a noun that has already been used in the writing. There are several different types of pronouns.

Personal Pronouns Used as a Subject

There are three types of personal pronouns used as subjects:

There are also three types of personal pronouns used as objects:

Here are some examples of personal pronouns used as objects:

Other Types of Pronouns

An indefinite pronoun is used in place of a noun when it is not necessary to name it specifically. This type of pronoun includes words such as something, everyone, neither, anything, etc.

This type of pronoun refers to things or people belonging to someone. The most common are mine, yours, his, hers, its, ours, theirs.

This type of pronoun refers to certain people or things in order to differentiate them. The most common pronouns of this type are the following: this, that, these, and those.

A relative pronoun is a type of pronoun used to refer to nouns mentioned previously, like people, places, things, etc.

The most common relative pronouns are which, that, whose, whoever, whomever, who, and whom.

The most important rule for pronouns is to properly use them as a subject or an object. As demonstrated above, “Me like ice cream,” would be an incorrect use of an object pronoun as a subject pronoun. Of course, “I like ice cream” is correct. If you select a subject for an object, your sentence is also incorrect. For example, “I went shopping with she,” instead of “I went shopping with her.” Fortunately, it is usually easy to identify your mistakes just by reading the sentence aloud. 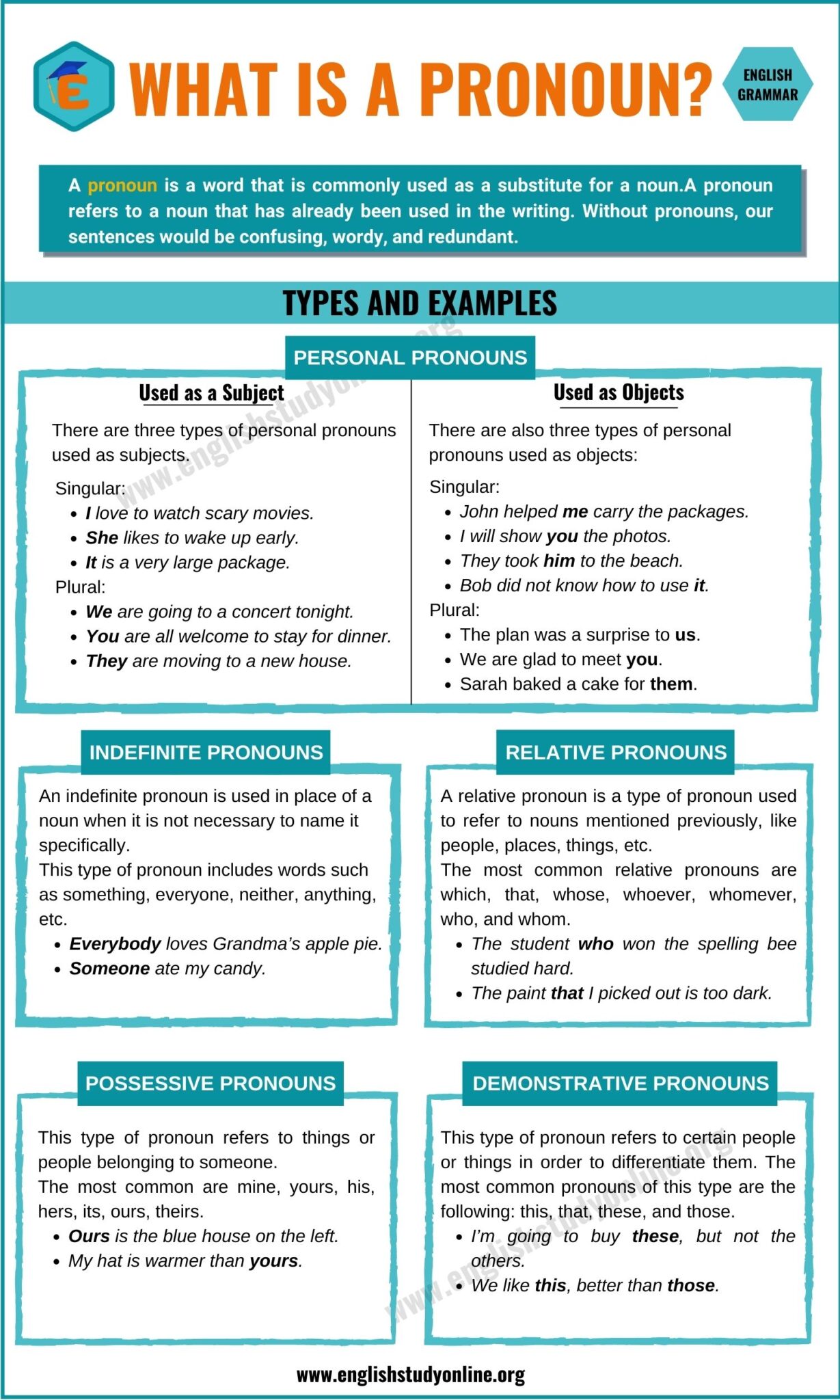 hello i will show my face