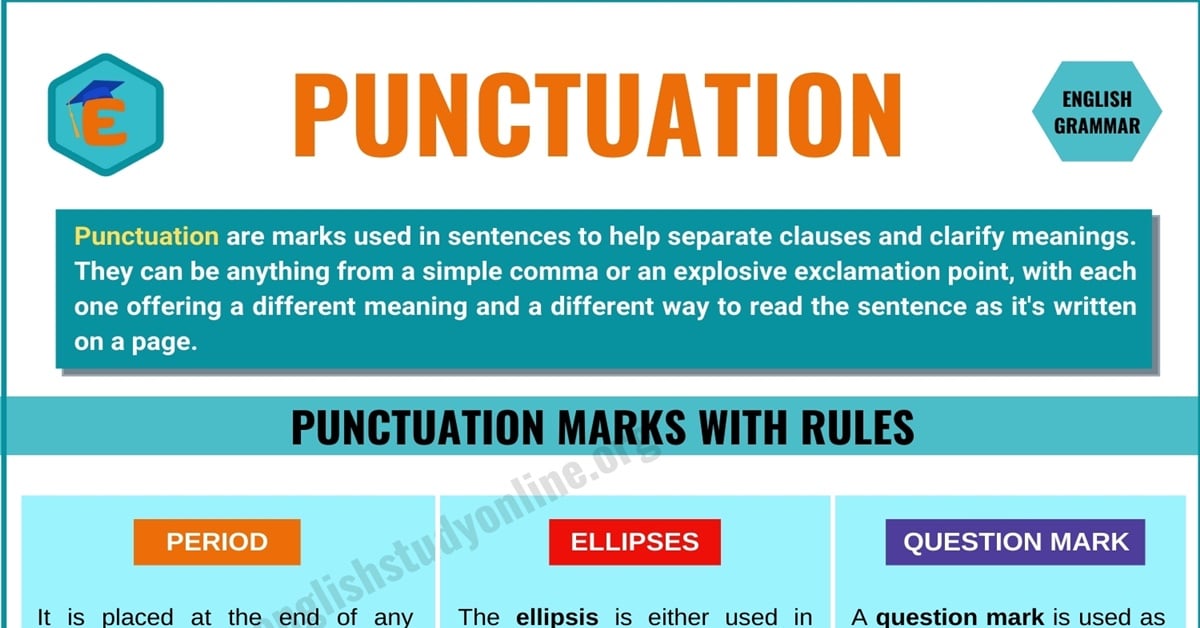 In the simplest of terms, punctuation are marks used in sentences to help separate clauses and clarify meanings. They can be anything from a simple comma or an explosive exclamation point, with each one offering a different meaning and a different way to read the sentence as it’s written on a page.

A question mark is used as a replacement for the period when the sentence is a question rather than a declaration. It is most commonly used in speech or to ask rhetorical questions in writing.

The last way to end a sentence that is most commonly used to add emphasis or to indicate that someone is shouting or speaking loudly.

A comma is the first way to use a punctuation mark that helps to separate ideas within a sentence. It helps to break up the sentence so it doesn’t sound too long-winded and helps the reader understand better.

The semicolon is more complicated than the comma and is used to show a slighter closer relationship between two clauses than a period would show.

The main use of a colon is to be placed after a word to introduce a list, explanation, or quote. It can also be used between two independent clauses if the first clause explains the second.

A dash is used to separate words into statements and has two common types. There is either the “en dash” or the “em dash”. You don’t need to know what they mean exactly, but the em dash is longer than the en dash and can be used in place of a comma or parenthesis.

The smaller cousin of the dash used to bring two usually independent words together to form one word.

Parentheses (colloquially called brackets) can be used to contain further thoughts or information to a clause that doesn’t take away from the flow of the sentence.

Most commonly an apostrophe is used to omit a letter or a group of letters from a word.

These marks have to be used in pairs to indicate the beginning and the end of a quotation or the spoken word.

Written as three consecutive periods, the ellipsis is either used in quotations to omit words to make them more concise or at the end of sentences to omit information if it adds to the narrative.