Rock the Boat! Let’s find out what does “rock the boat” mean with origin, useful examples and ESL infographic in this lesson. Idiom is a group of words established by usage as having a meaning not deducible from those of the individual words

When you say that someone is rocking the boat, you mean that they are doing something to disturb the harmony or they upsetting a calm situation and making trouble. It is often expressed in the negative as a warning, don’t rock the boat.

Origin of Rock The Boat

The origin of the idiom rock the boat is attributed to William Jennings Bryan, a politician and talented public orator.

Example Sentences of Rock The Boat

Other Ways to Say “Rock the Boat” 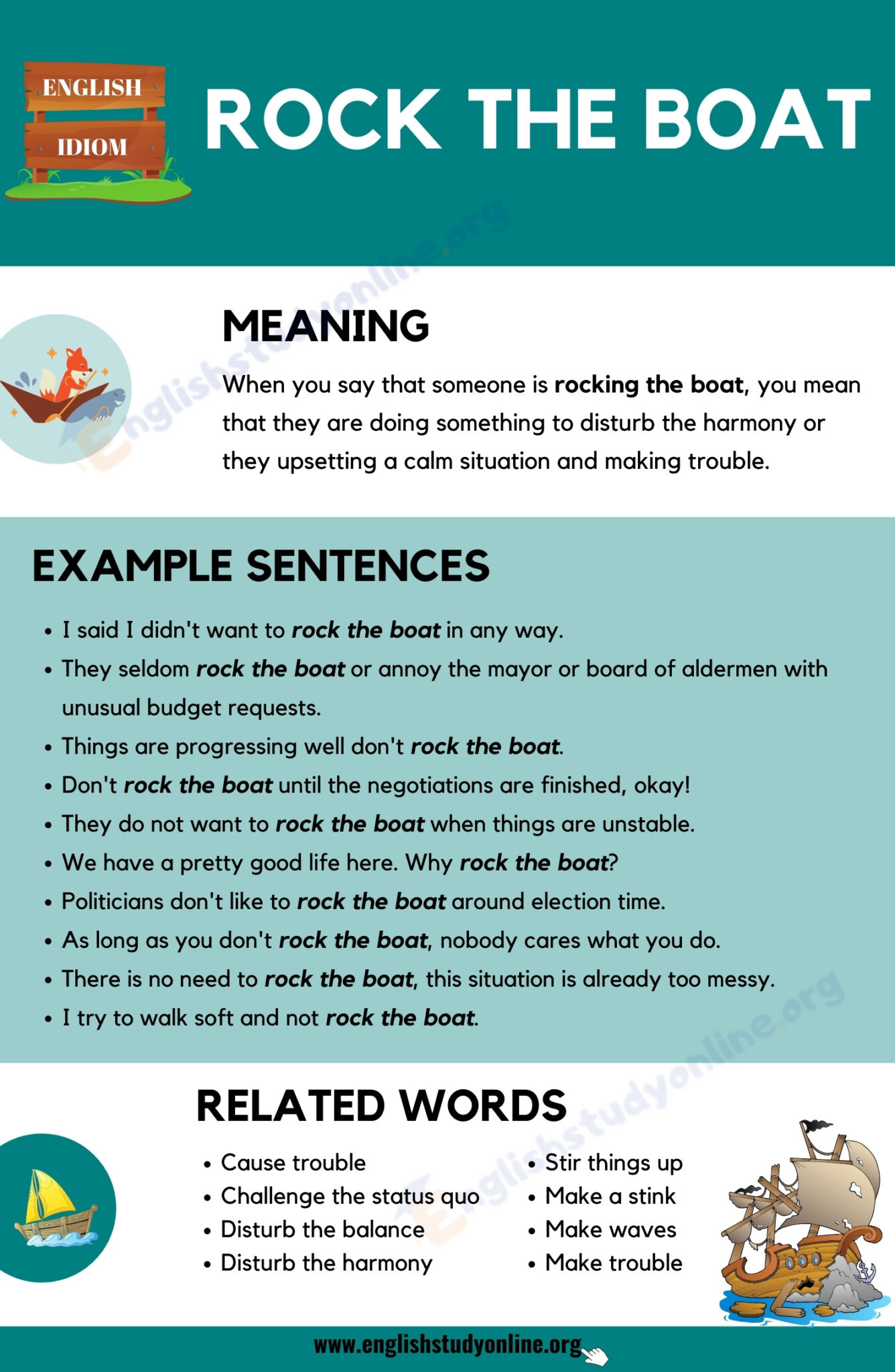