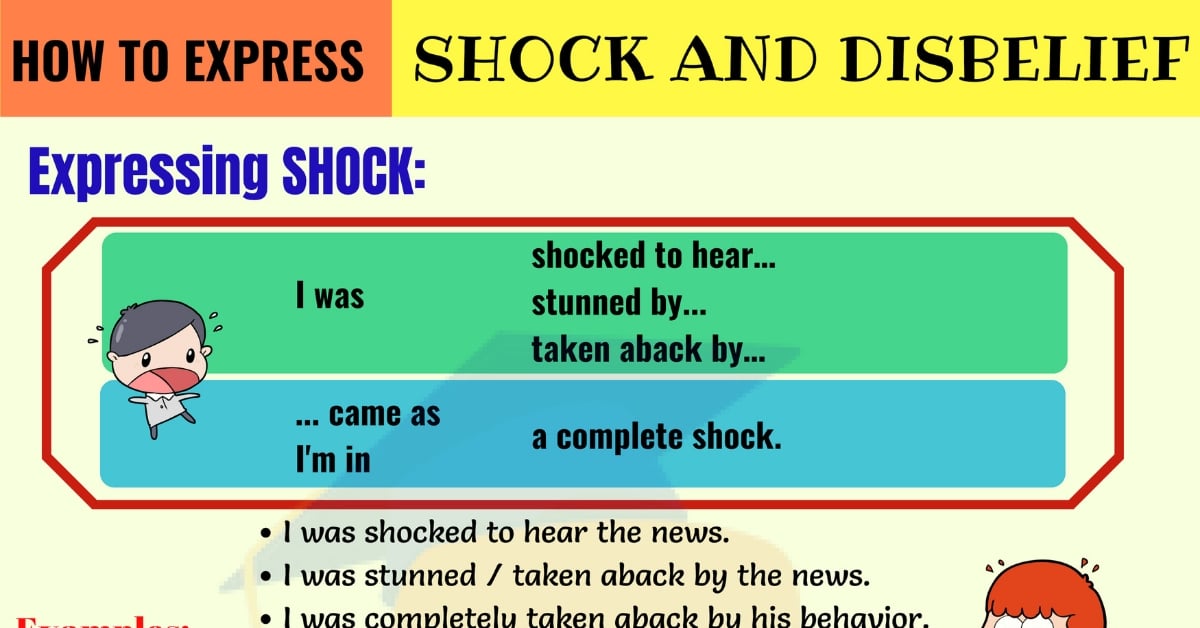 Here’s a list of some common expressions to help you express shock and disbelief. It is sometimes difficult to say how you feel in unexpected situations, such as natural disasters, bad news .., especially when you feel sad. 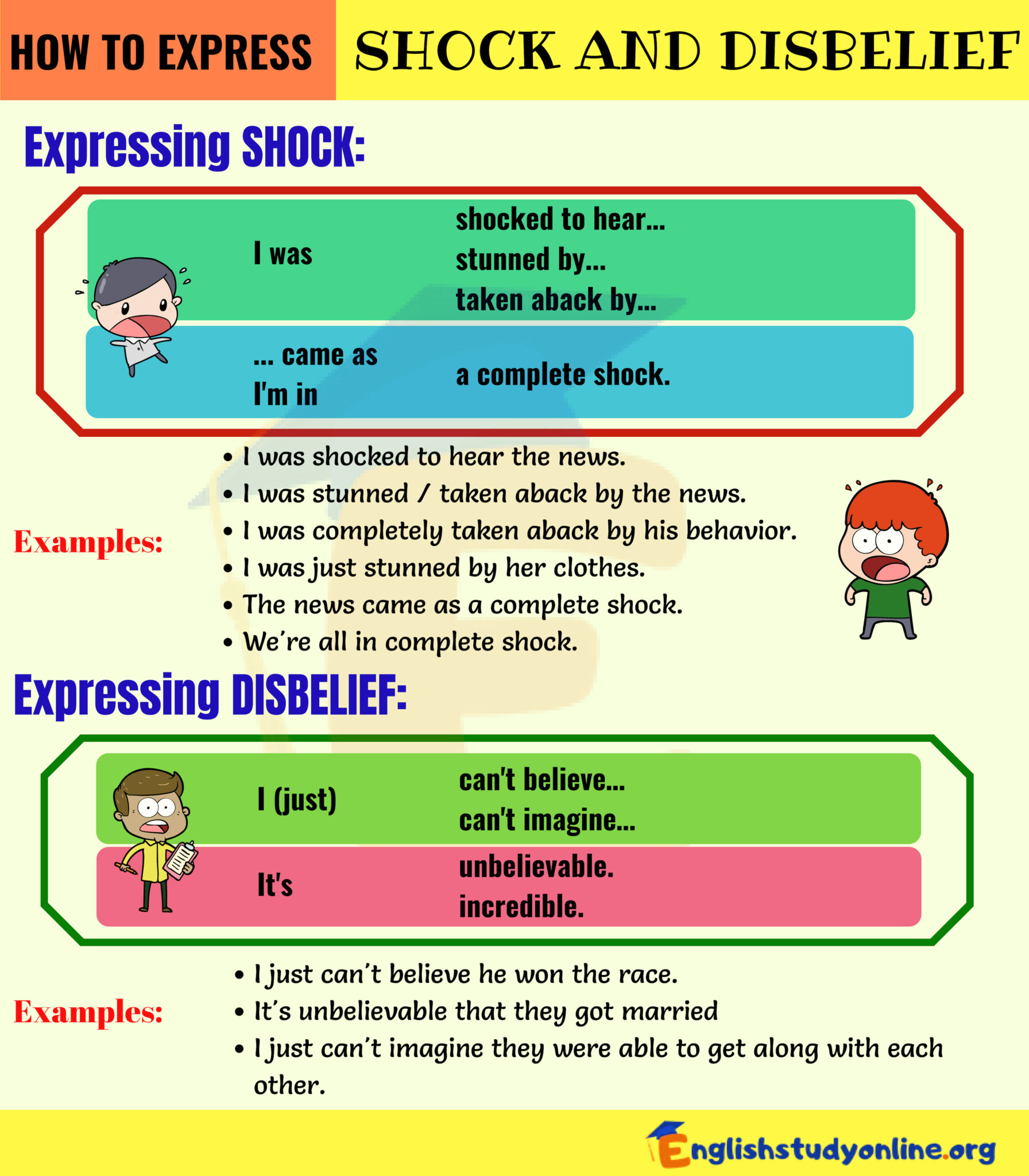