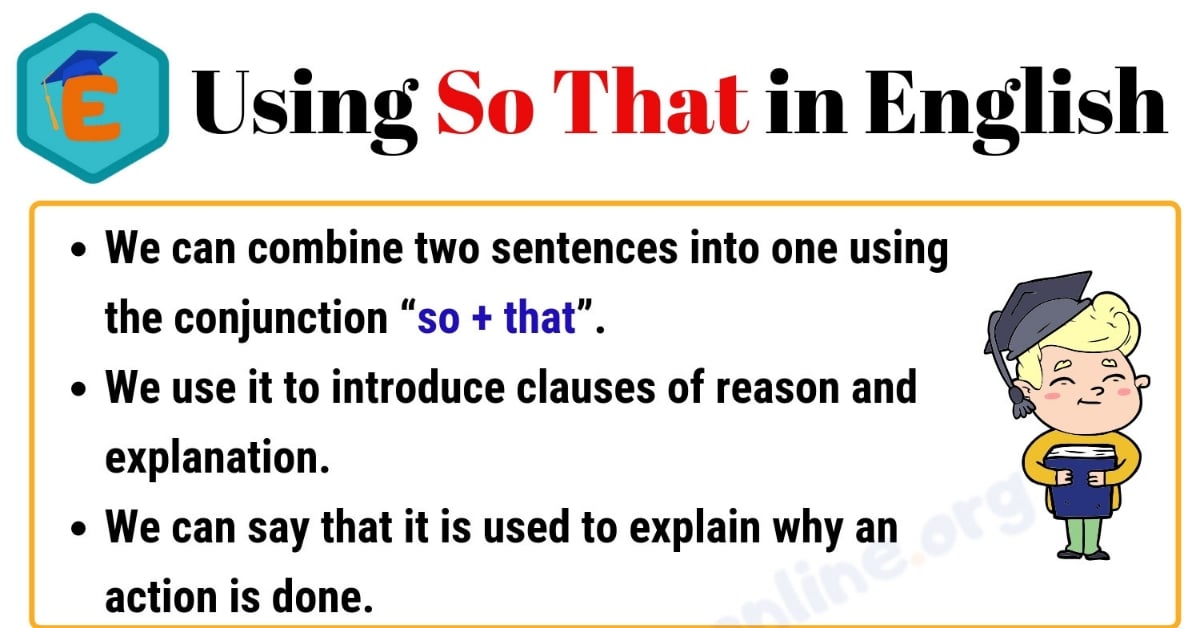 Using SO THAT in English! There are various ways to express the purpose or reason in English. One of them is “So That”. In this lesson, you will learn how to use So That in detail.

How to Use “So That”

Read the two sentences given below.

I took shelter under a tree. I didn’t want to get drenched in the rain.

The two sentences given above show a cause and effect relationship. We can combine them into one using so that.

=> I took shelter under a tree so that I wouldn’t get drenched in the rain.

Using SO THAT in English | Image 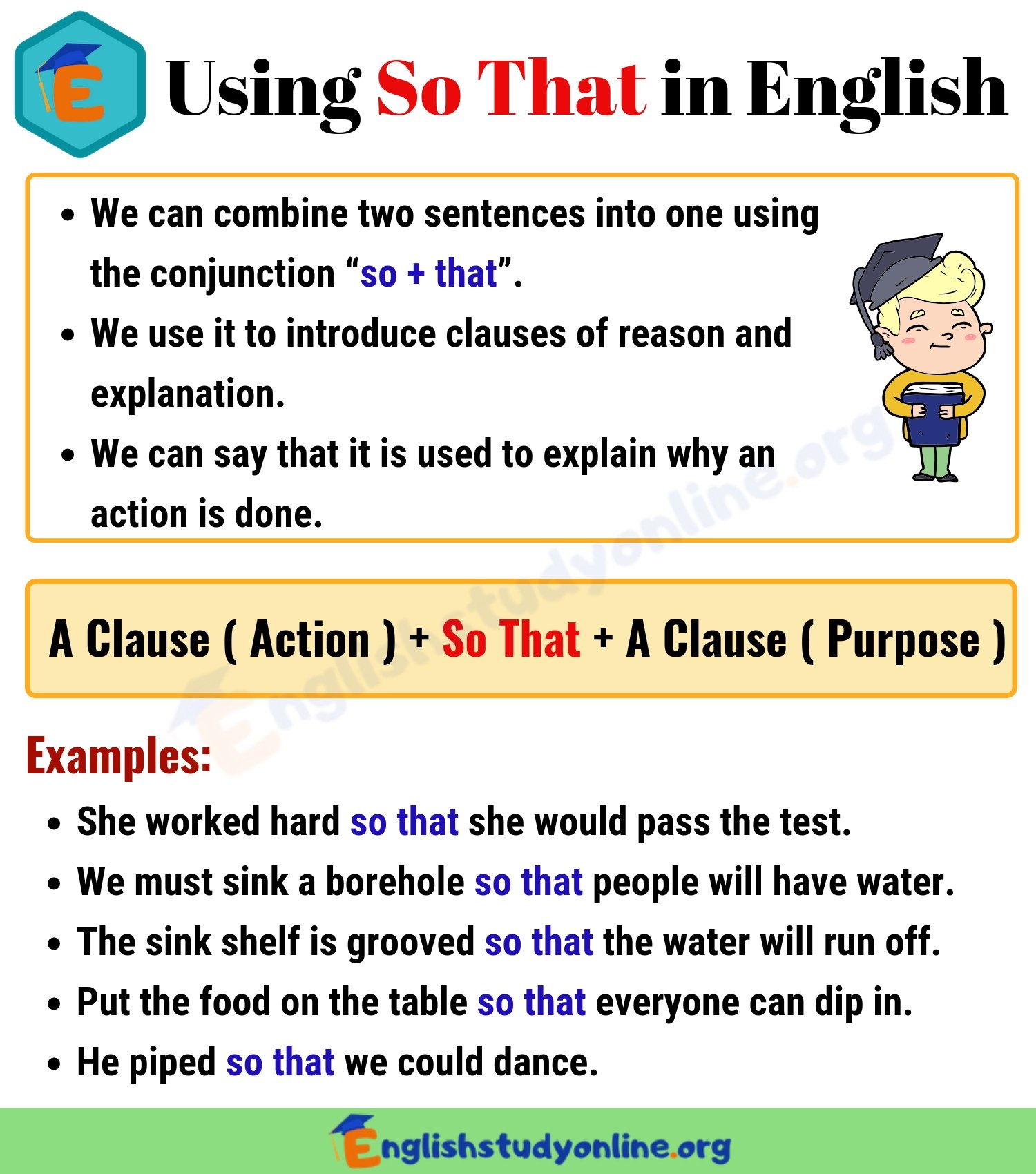