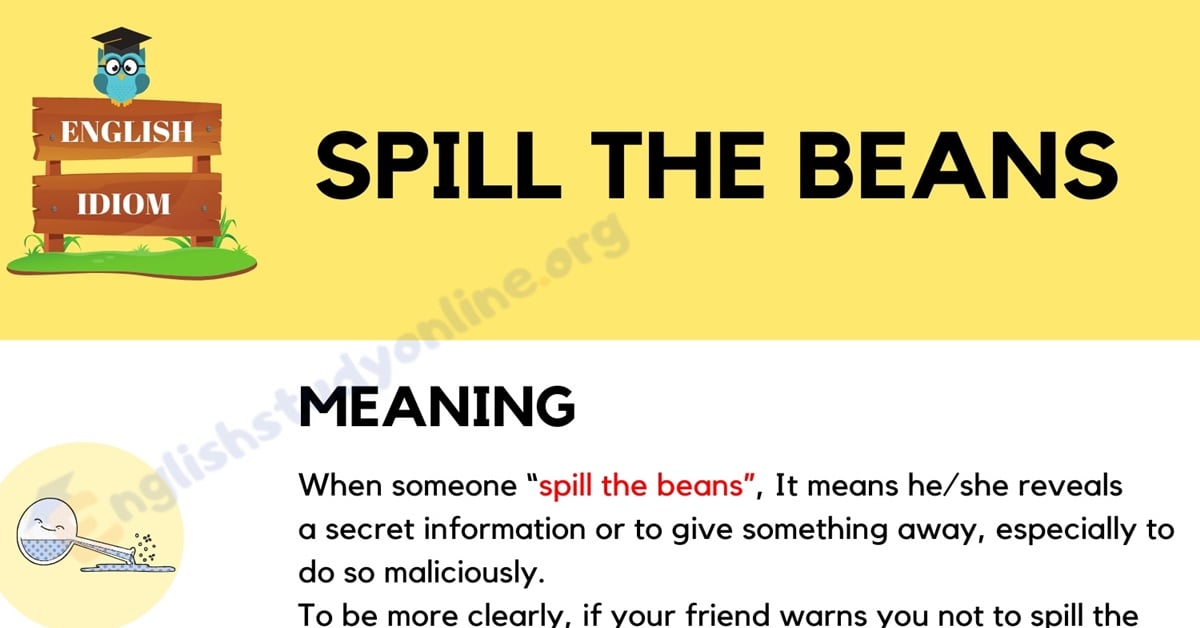 Spill the Beans! In the following lesson, you will find out the definition, origin, useful example sentences with ESL infographic of the idiom “Spill the Beans”.

Because idioms can mean something different from what the words mean it is difficult for someone not very good at speaking the language to use them properly. Some idioms are only used by some groups of people or at certain times.

When someone “spill the beans”, It means he/she reveals a secret information or to give something away, especially to do so maliciously. To be more clearly, if your friend warns you not to spill the beans, it means she/he doesn’t want you to tell any one her/his secret.

Origin of Spill the Beans

The derivation of this expression is sometimes said to be a voting system used in ancient Greece. While spill seems to have been used since the sixteenth century to mean “divulge,” the phrase spill the beans comes from the early twentieth century United States. In addition to beans, early versions had people spilling both soup and guts. 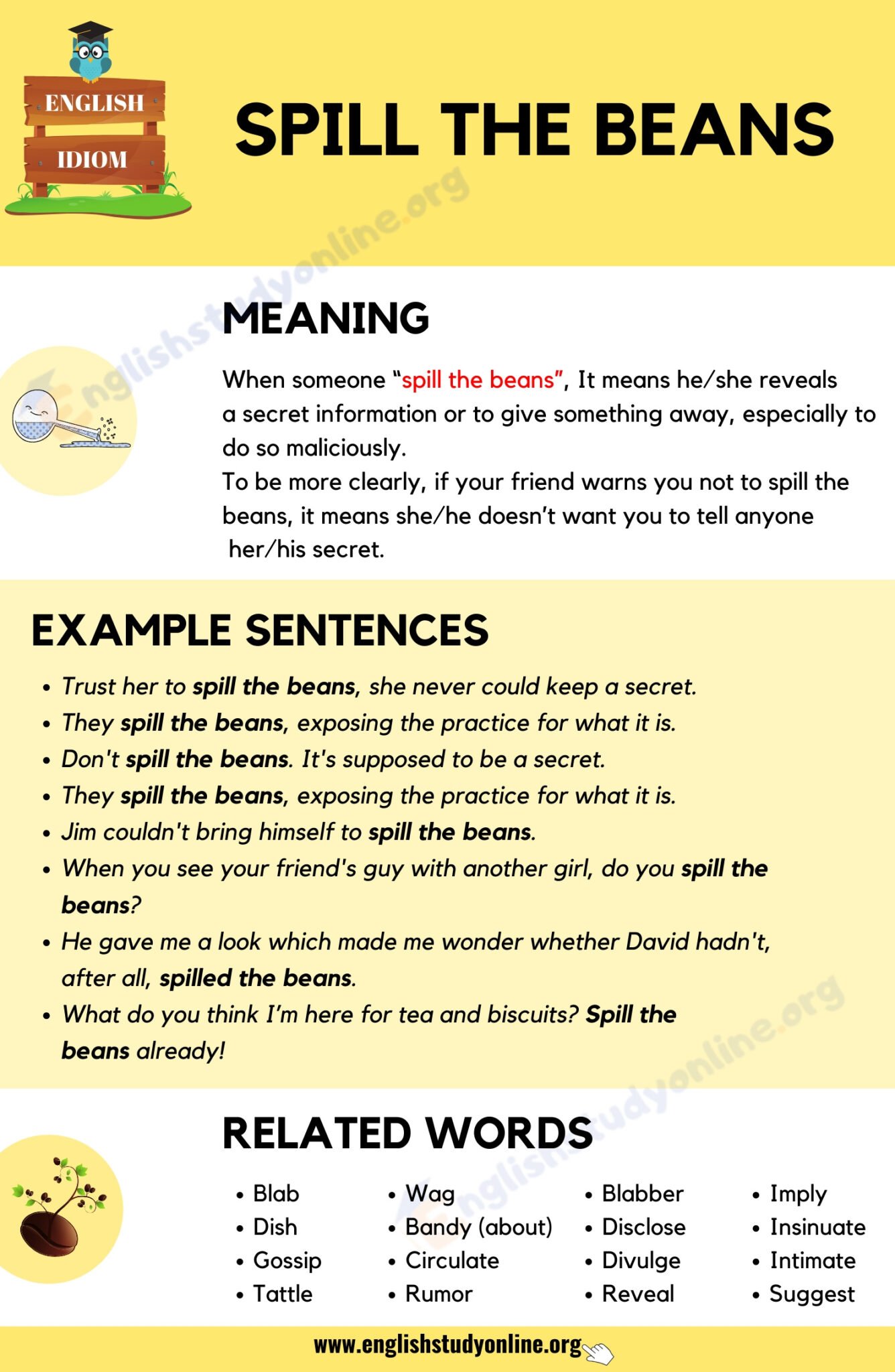 thank for this subject