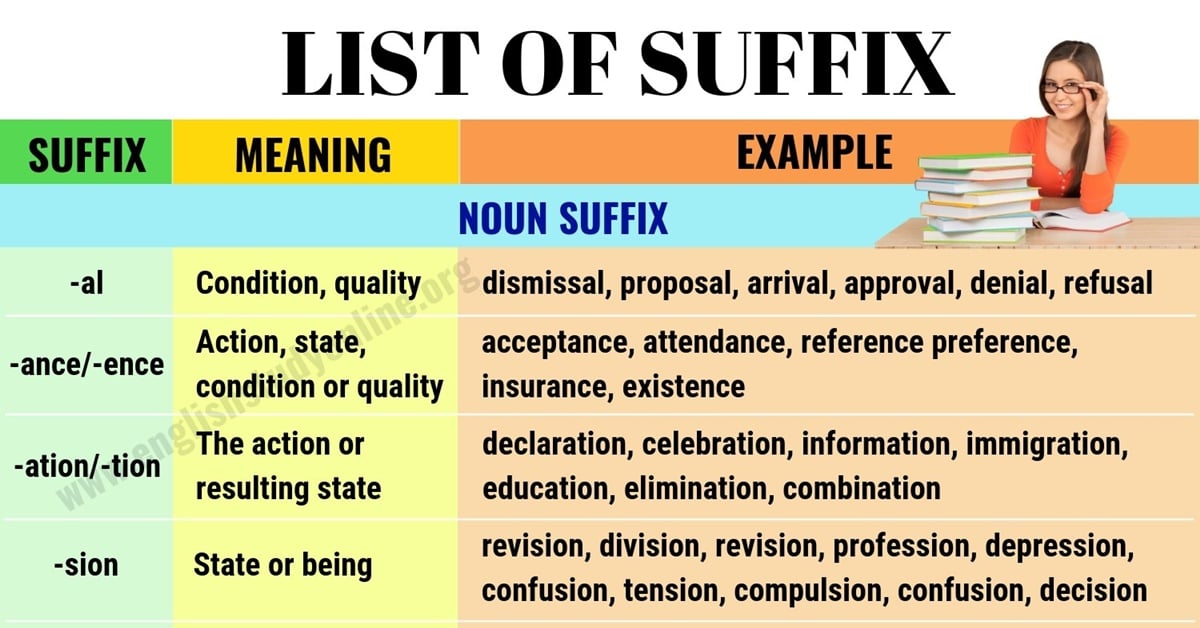 A suffix is a group of letters placed at the end of a word to make a new word. In this article, you will find a list of suffix with their meaning and examples in English. 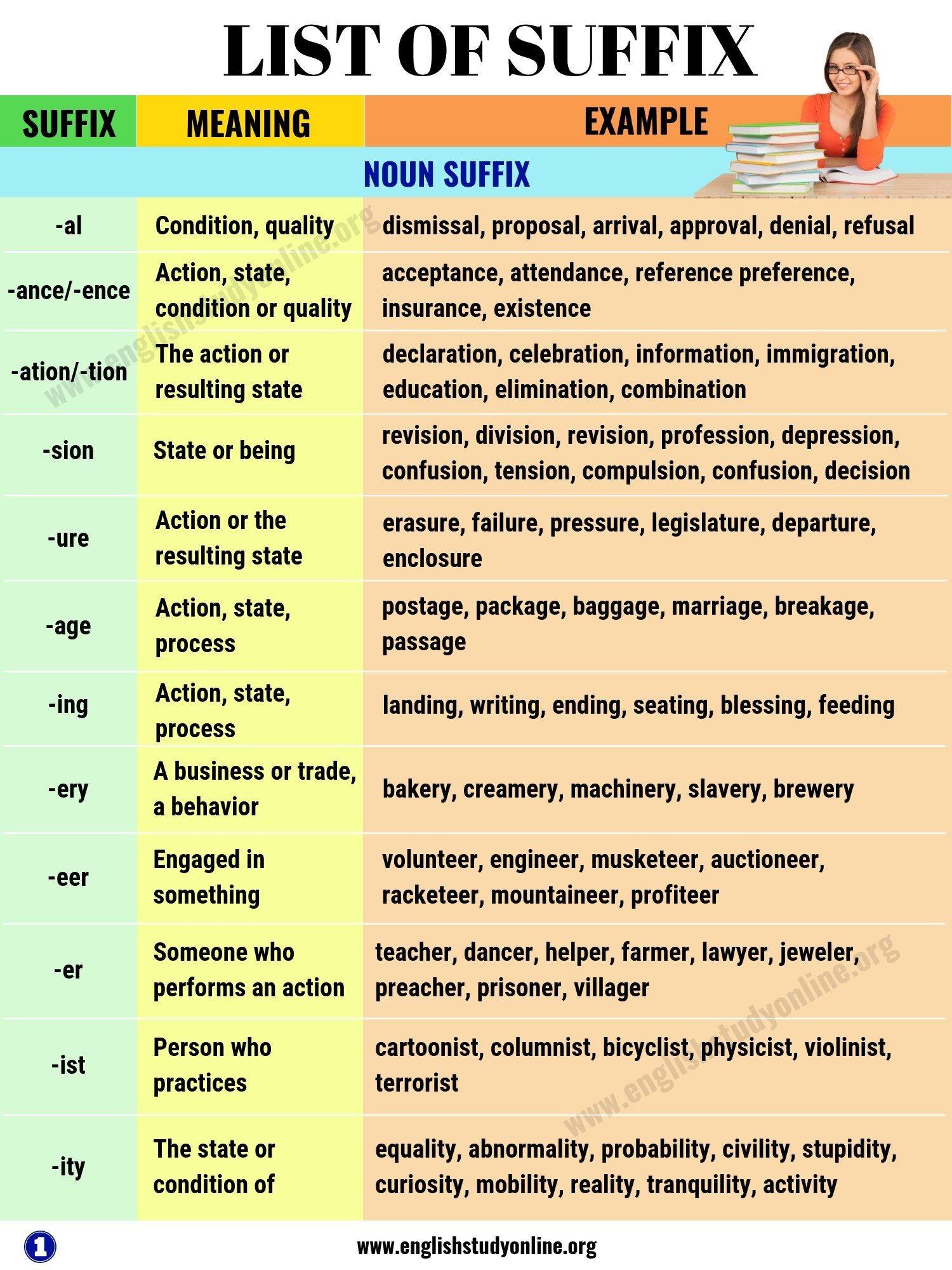 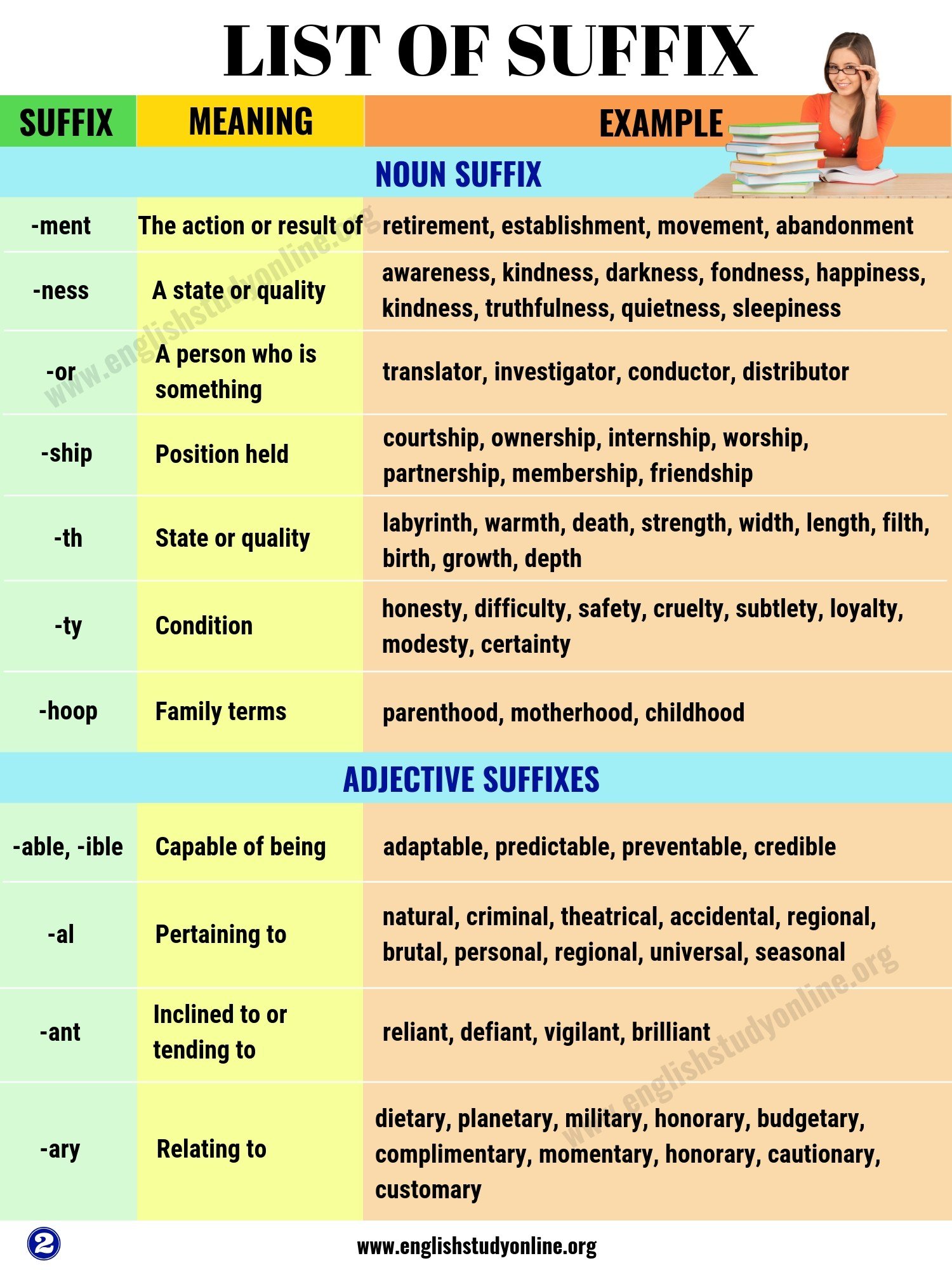 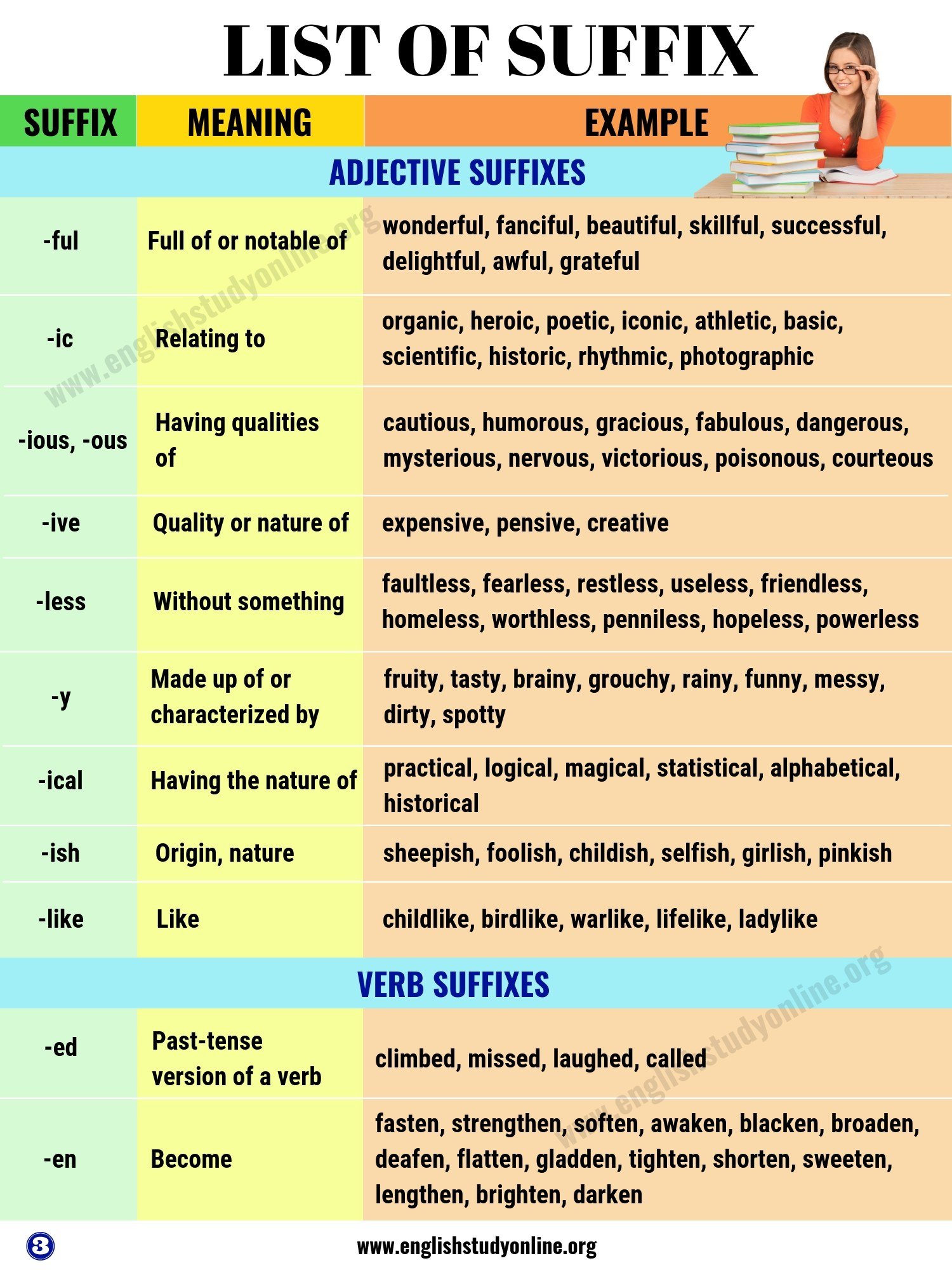 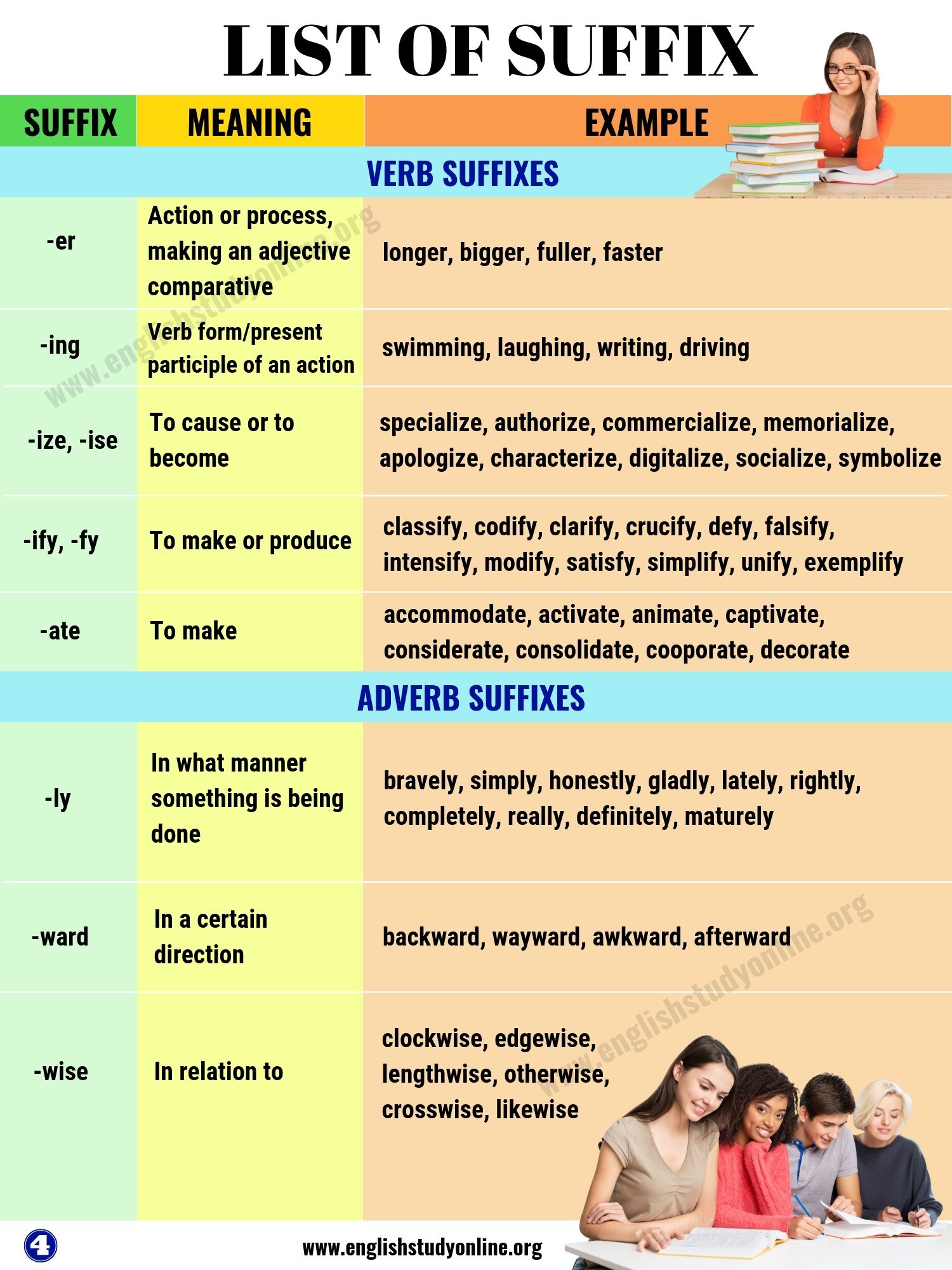 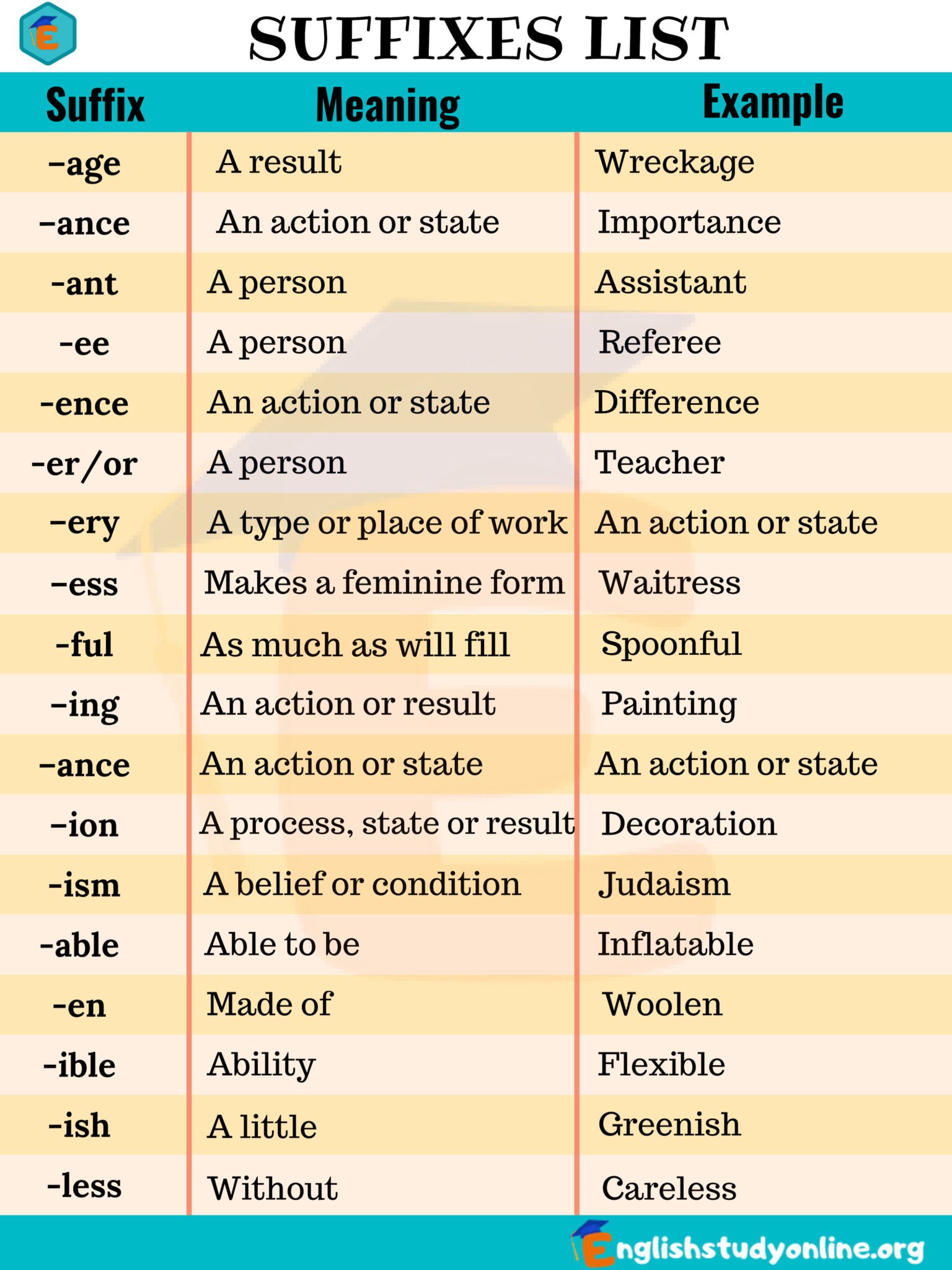 I believe this way is well organised and can provide data on nouns and other derivatives. Suffixes in English are a copious source of huge amount of vocabulary and other idioms

Can you help me you gusy

Just wanted to say thank you, so much.

Hello dear teacher,can you give me some information about writing academic paragraph?

ty very much, helps a lot

thanks! one quesiton, what does the suffix “zu” mean? thank you

Hello! Thanks for responding! The suffix “zu” means like an animal. Hope this helped!

I don’t think that’s a suffix

This was very helpful
thank u very much for this information

No one cares +Ratio

Your comments are bad

thank you now i know

There is one missing

Sanad Mohammad
Reply to  your

this did not help me there is about 500,000 suffixes not included!

These are only English suffixes

nol
Reply to  your

fuck there are just 42

Mrs.Higgins
Reply to  i am rohit

Huilio Wiggins
Reply to  i am rohit

Please dont curse, theres kids on this app, thank you.

Bill Nye
Reply to  i am rohit

This is a Christian Minecraft server

what would be blunt? does that have any suffixes??

Where are all of them

how many suffix in english

There is one missions