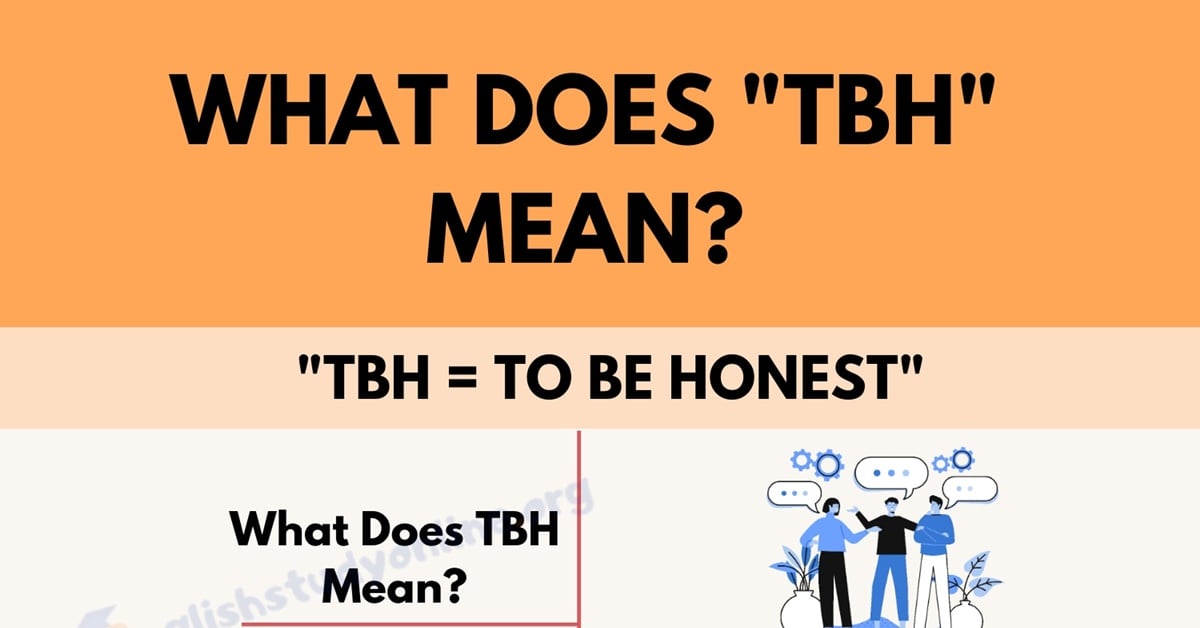 Have you ever used the abbreviation in an online communication? Do you confused what does TBH stand for? You came to the right place to find out what TBH means. We abbreviate and use TBH not only in texting, but on all the social media sites and through other digital communication. Let’s find out it carefully on this lesson below.

What Does TBH Stand For?

“Tbh,” the acronym that stands for “to be honest,” has taken on a different meaning since it was first adopted by teens.

How to Use the Term

It used to start a statement e.g. “To be honest, I need you”, but now it means they are asking you to tell them something honestly about them or a situation.

Sometimes it’s used to initiate a conversation like so:

To be honest, can also be used when you want to describe a change in opinion. When you’re discussing something and want a good way to describe the change you can say.

This abbreviation is often texted through the phone conversation or other messaging platform like Facebook, Instagram or Twister, but it can occasionally be used in spoken speech as well, usually by young people who tend to text often.

Here are the useful list of similar phrases that you can use instead of TBH.

What does TBH also stand for? 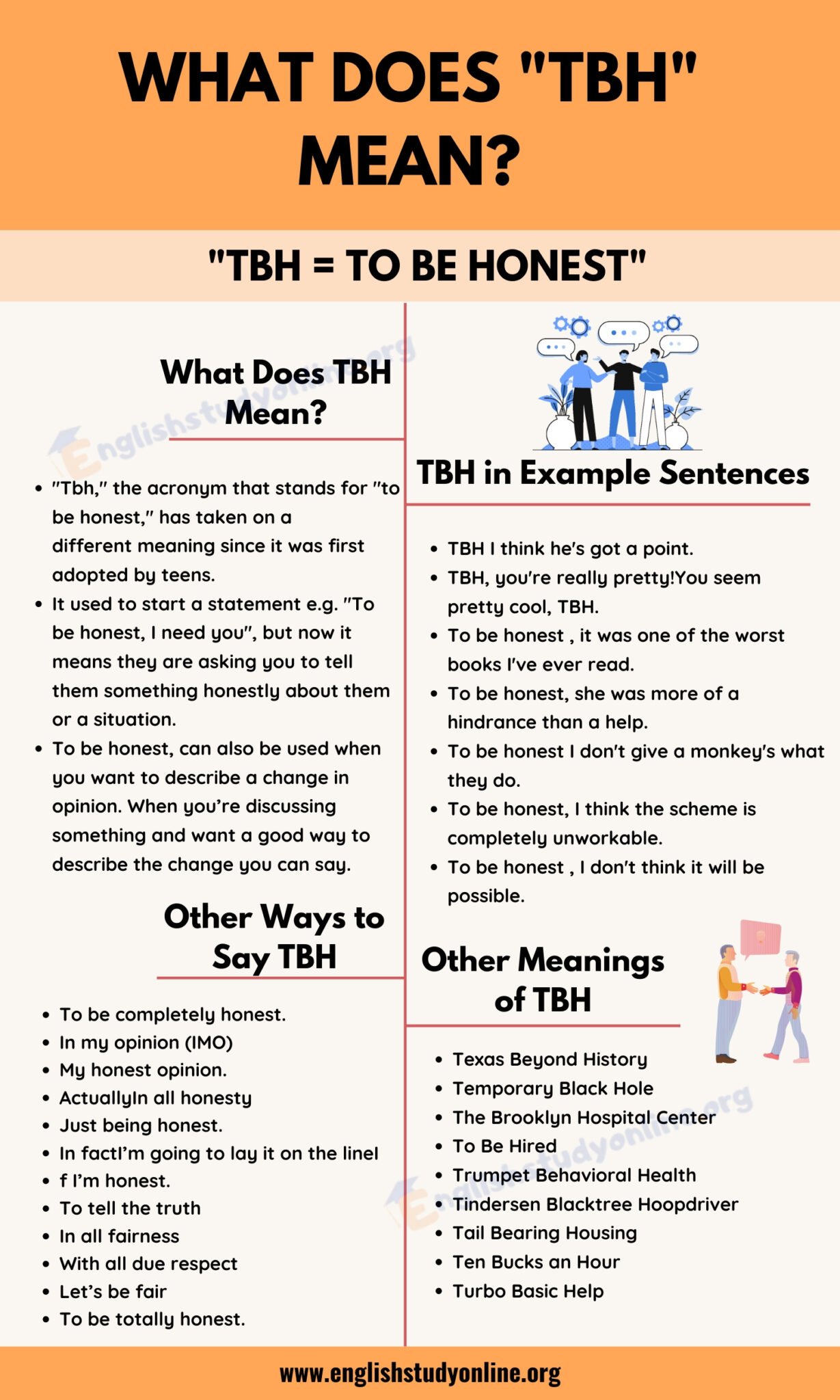