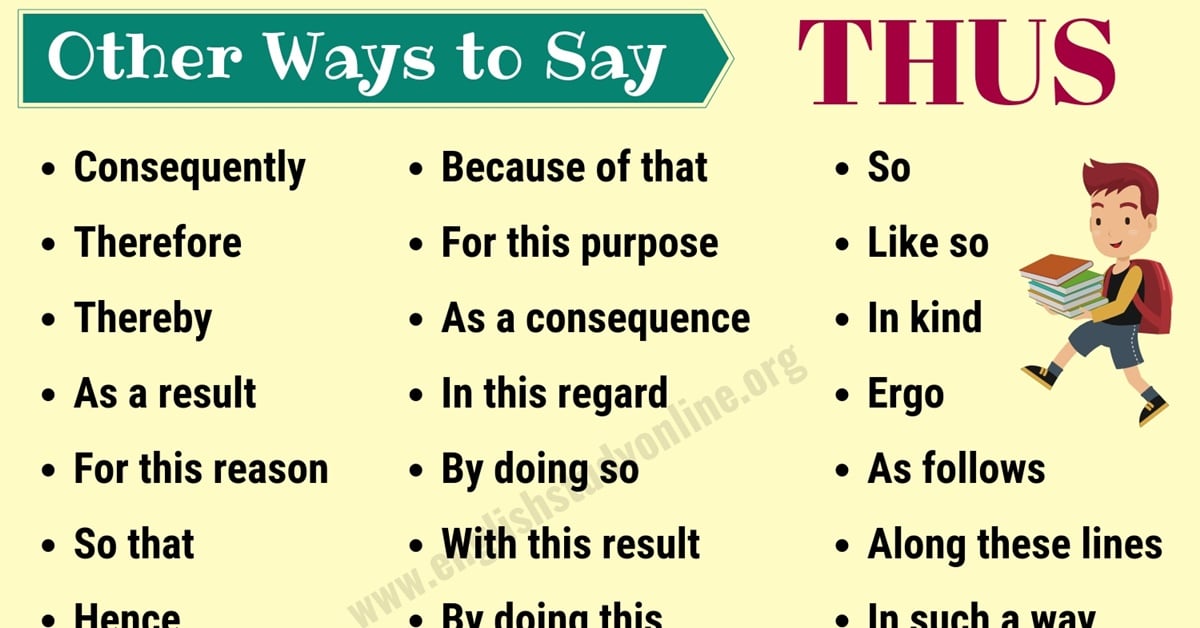 Thus synonym! Synonyms for Thus. Learn over 25 words to use instead of THUS: consequently, therefore, thereby, as a result, for this reason, so that, hence, in this way, for that reason,…with examples and ESL infographic.

As a result or consequence of this; therefore.

In the manner now being indicated or exemplified; in this way.

A useful list of synonyms for the word THUS to improve your writing: 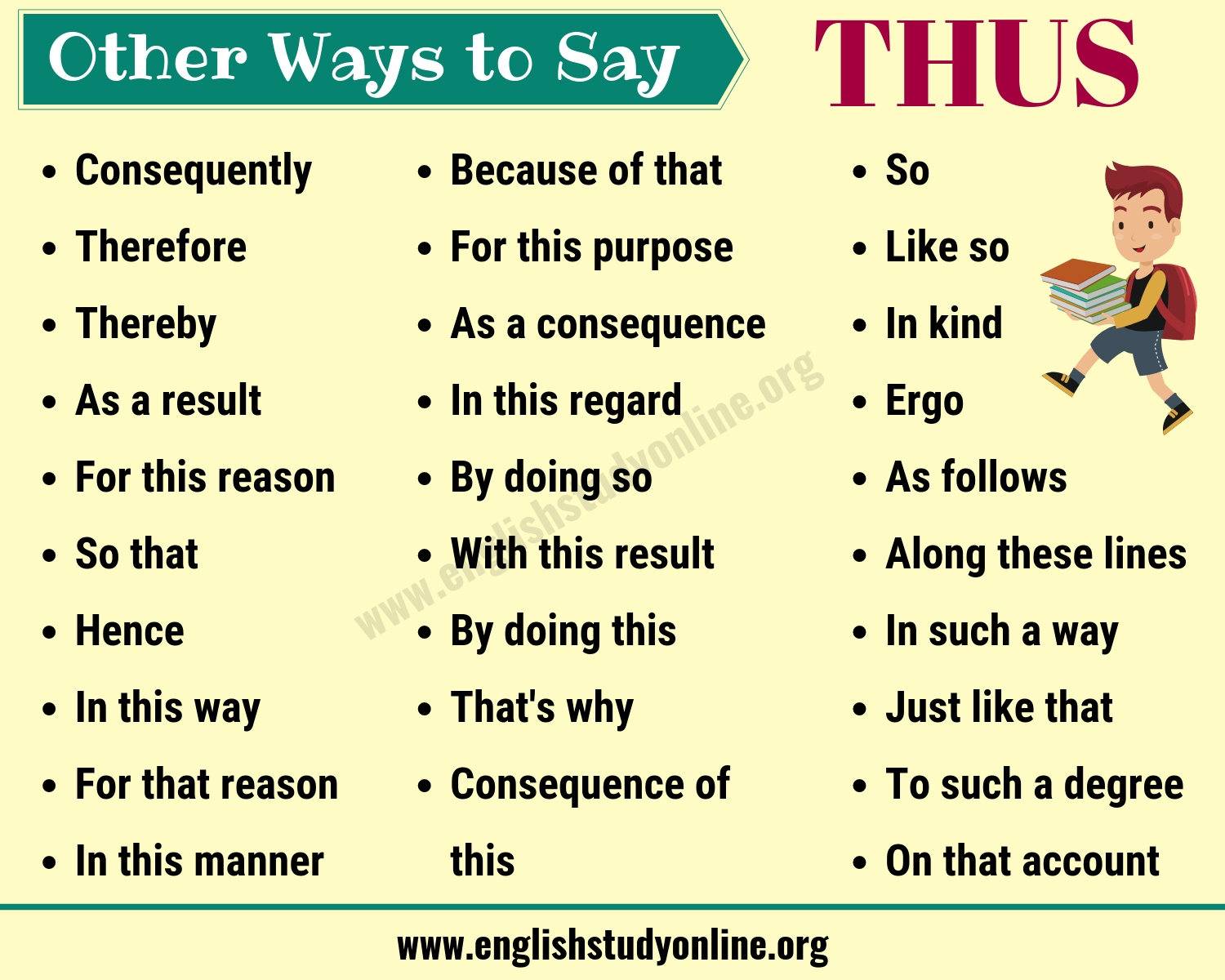