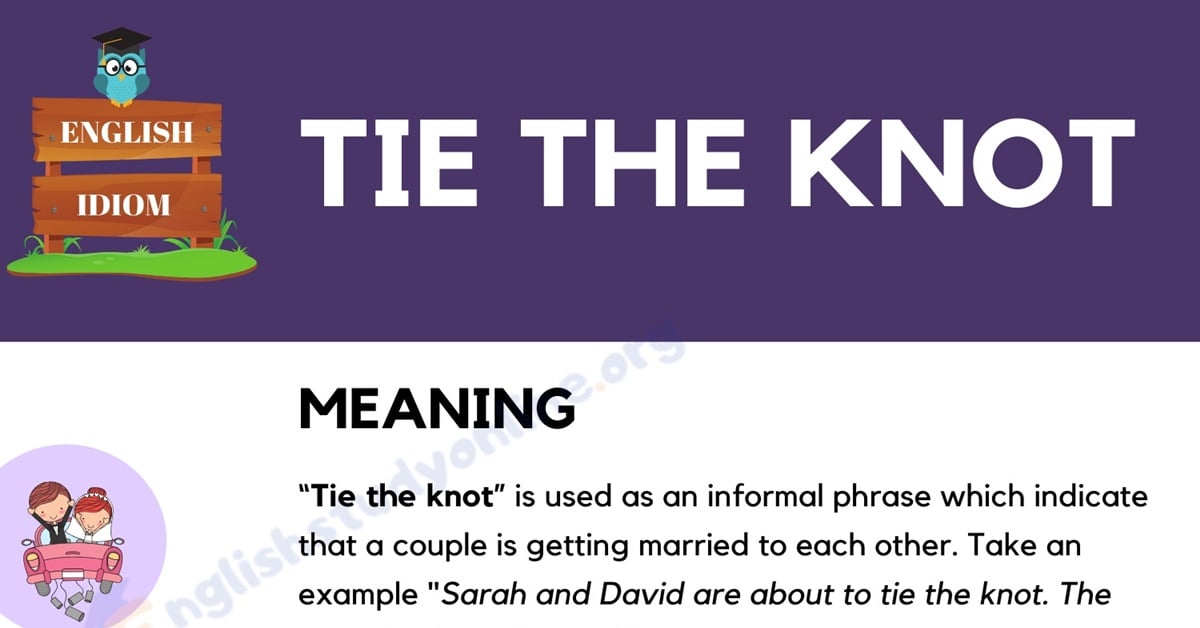 Tie the knot! You might have heard the idiom tie the knot being used in an English conversation, and you may have wondered what the saying means. Let take a look in this lesson to find out its meaning with useful example sentences in English.

“Tie the knot” is used as an informal phrase which indicate that a couple is getting married to each other.

Origin of Tie The Knot

This expression is an abbreviated form of one that first appeared in the 16th century. The origin of the phrase tie the knot is obscure, it is assumed that it refers to a custom or customs in antiquity in which couples were tied together in ceremony to signify their bond. 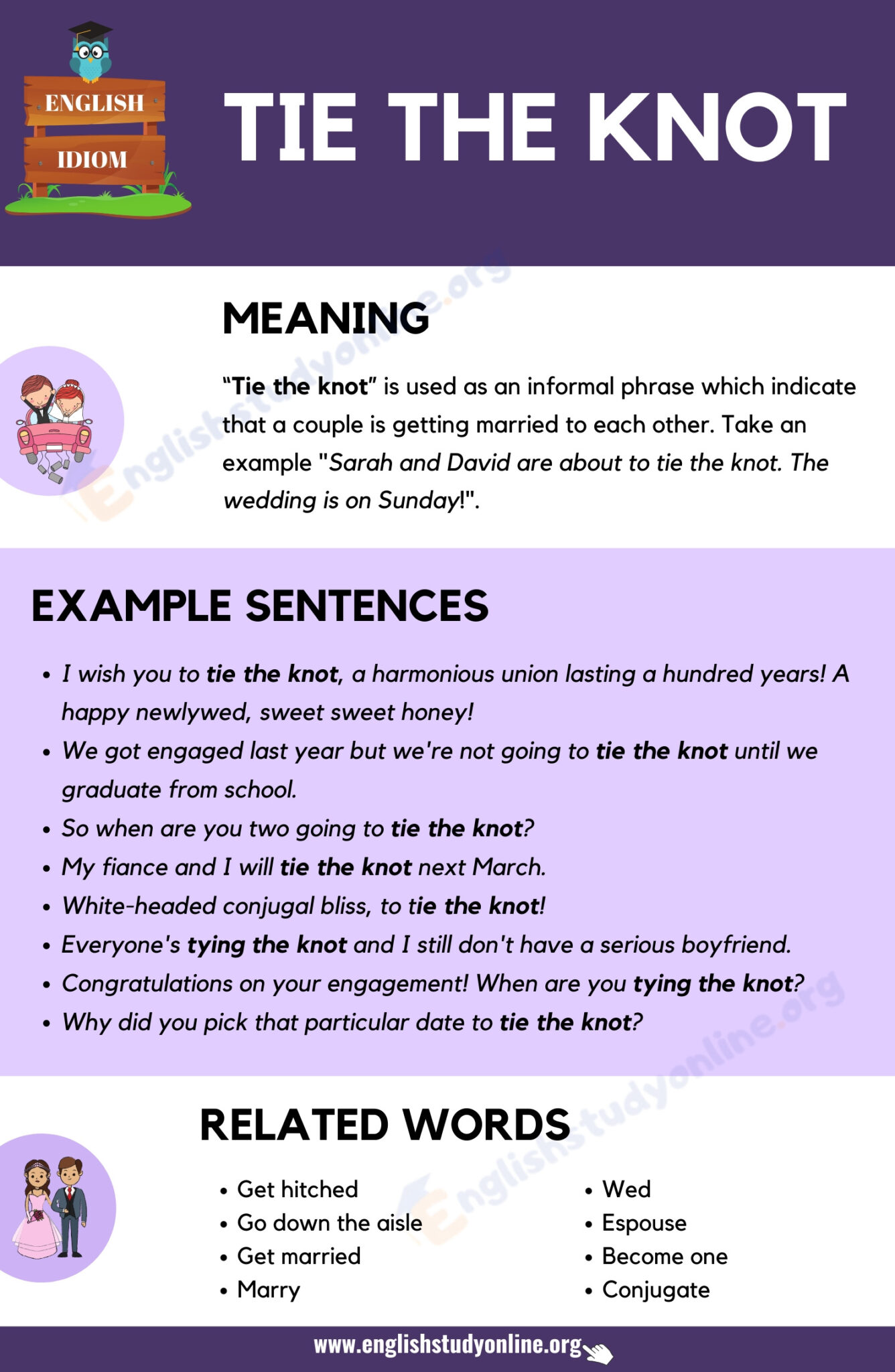