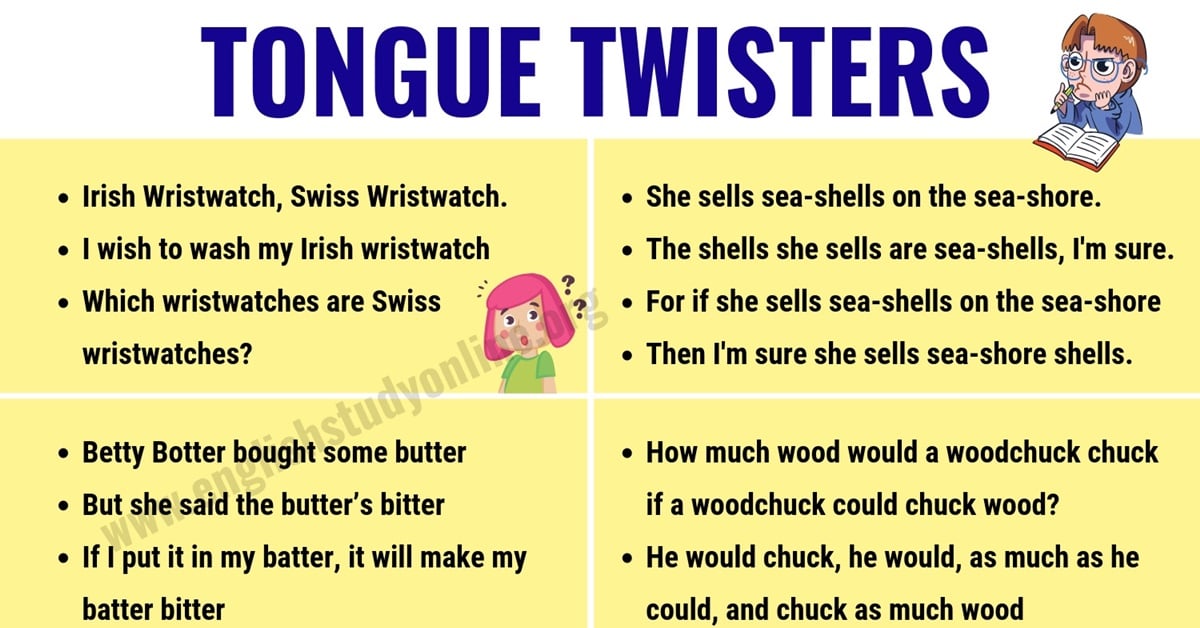 Tongue Twisters in English! Learn over 60 useful and hardest tongue twisters to pronounce in English with ESL pictures.

A tongue-twister is a phrase that is designed to be difficult to articulate properly, and can be used as a type of spoken (or sung) word game. Some tongue-twisters produce results that are humorous (or humorously vulgar) when they are mispronounced, while others simply rely on the confusion and mistakes of the speaker for their amusement value.

Practicing tongue twisters with tricky sounds may help your brain get better at telling your mouth how to make that sound. These are not sentences with meaning that are grammatically correct, they are just a string of words that are difficult to say. 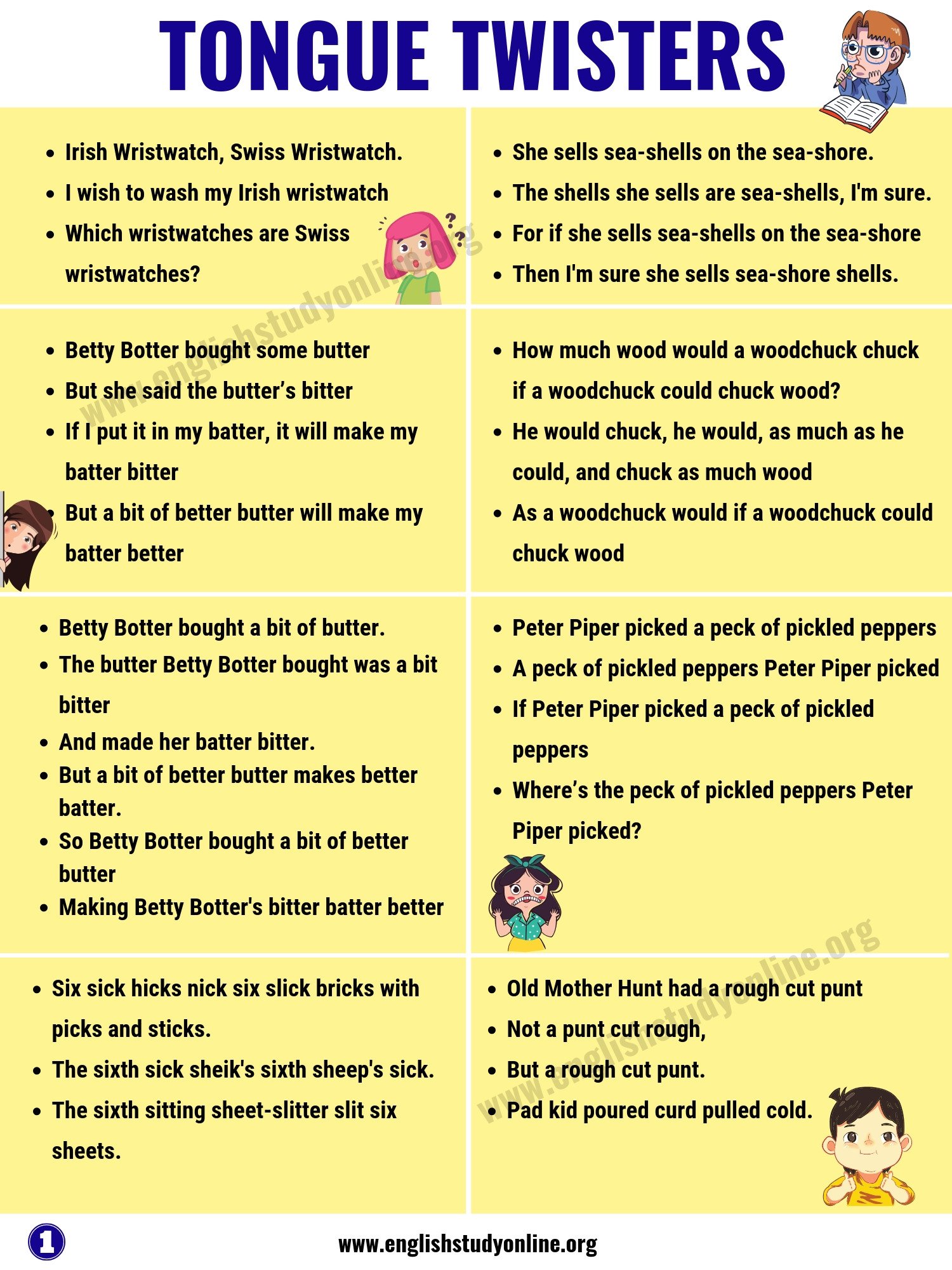 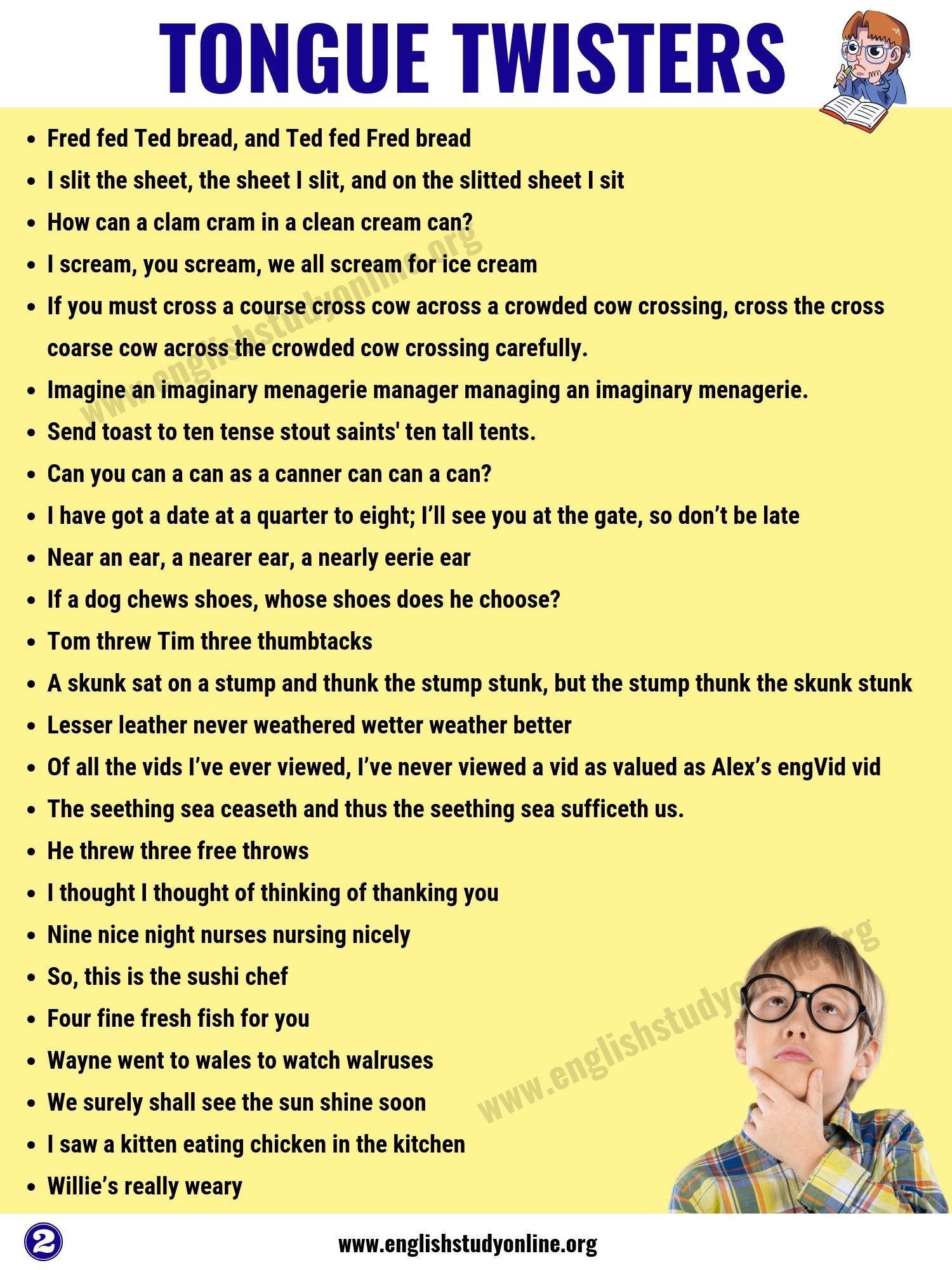 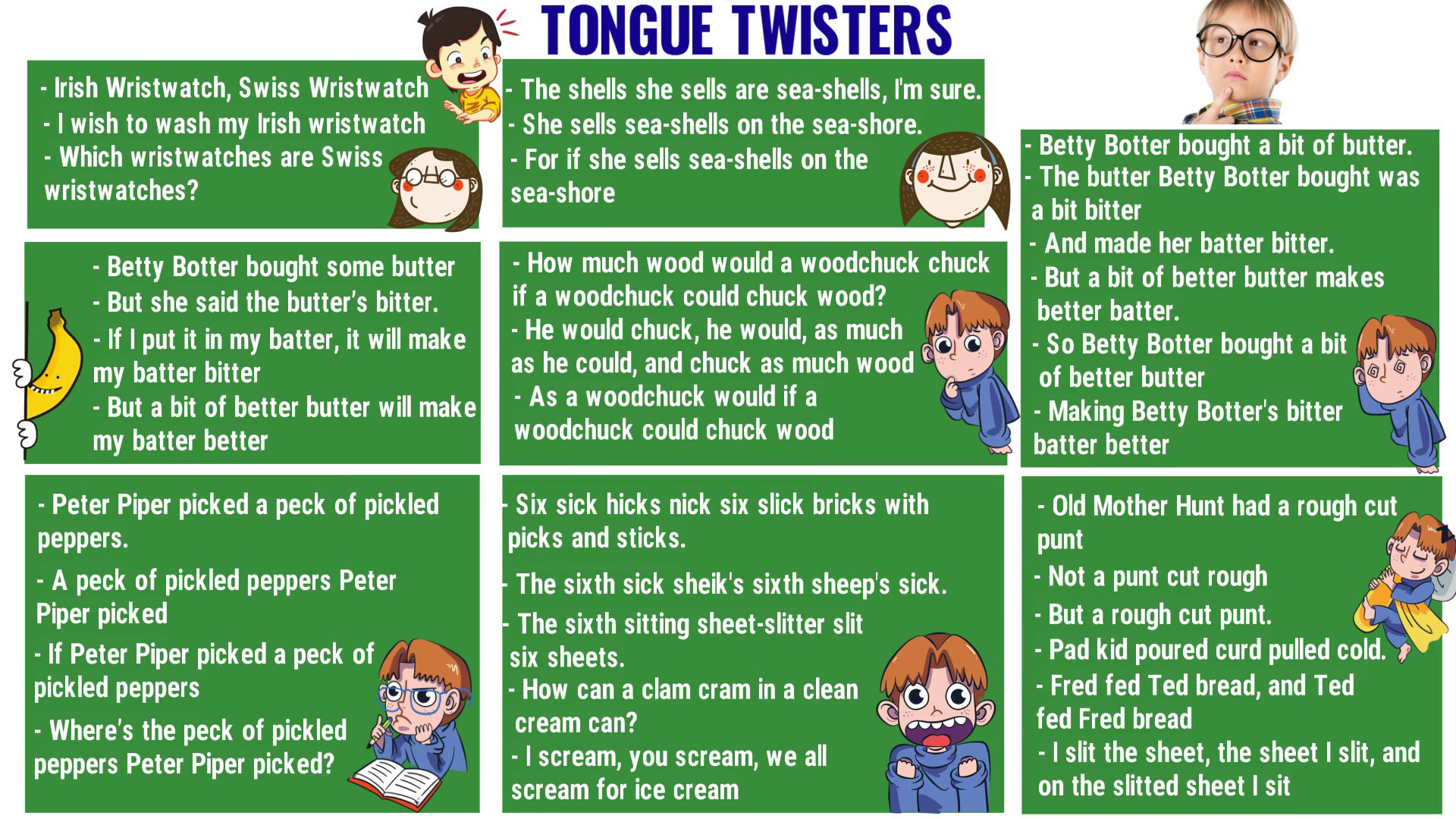 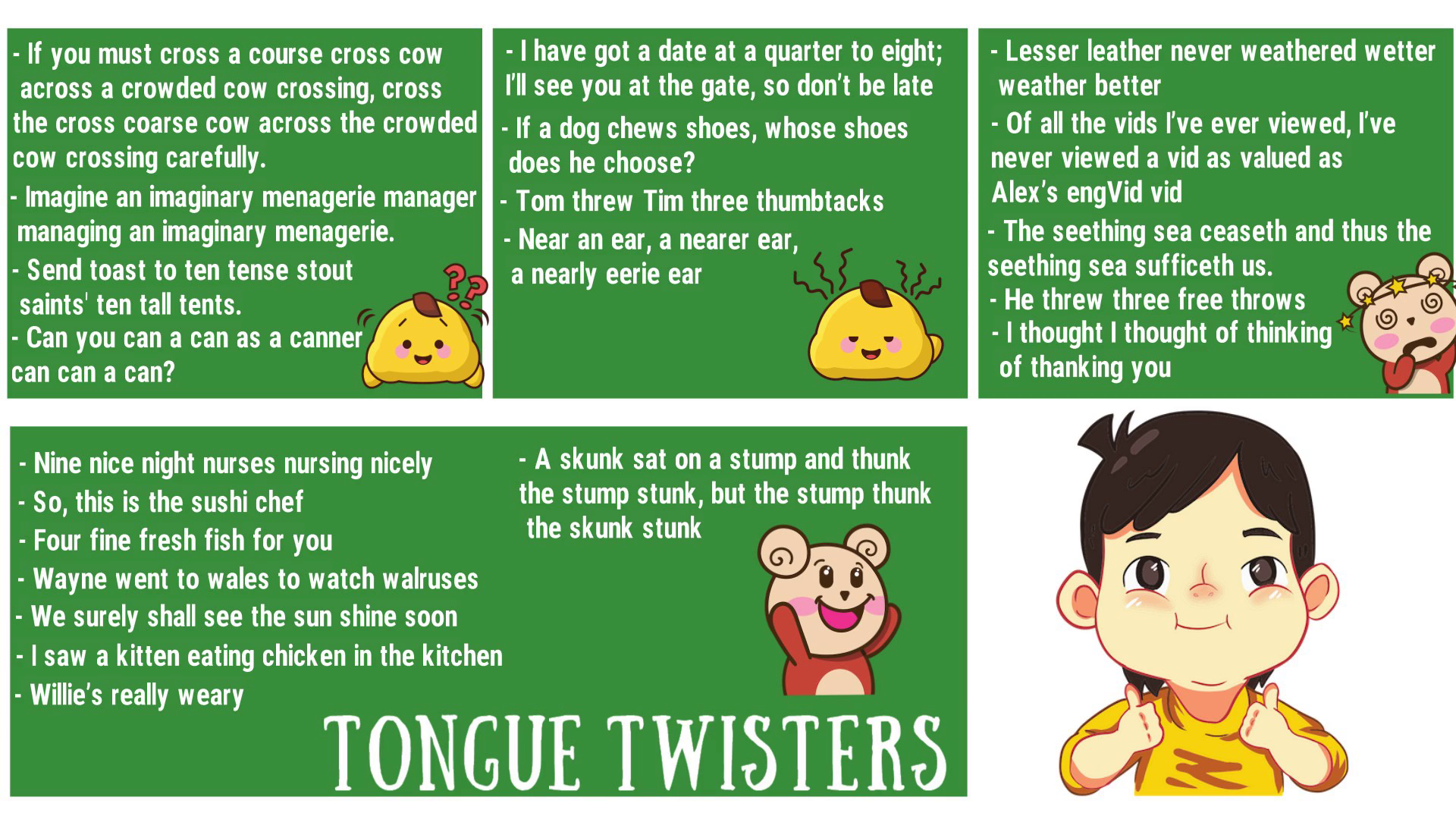 omg I got the woodchuck one

These represent hard work as pronunciation drills. However, students enjoy them. I am happy to find such a rich collection here. I will surely use them. All these materials are so helpful, please keep up the good work !

The are really NICE

I could do all of them

omg I got the woodchuck one
﻿

Could you make a tongue twister with the name Alin

fantastic this is the improve my pronounsation