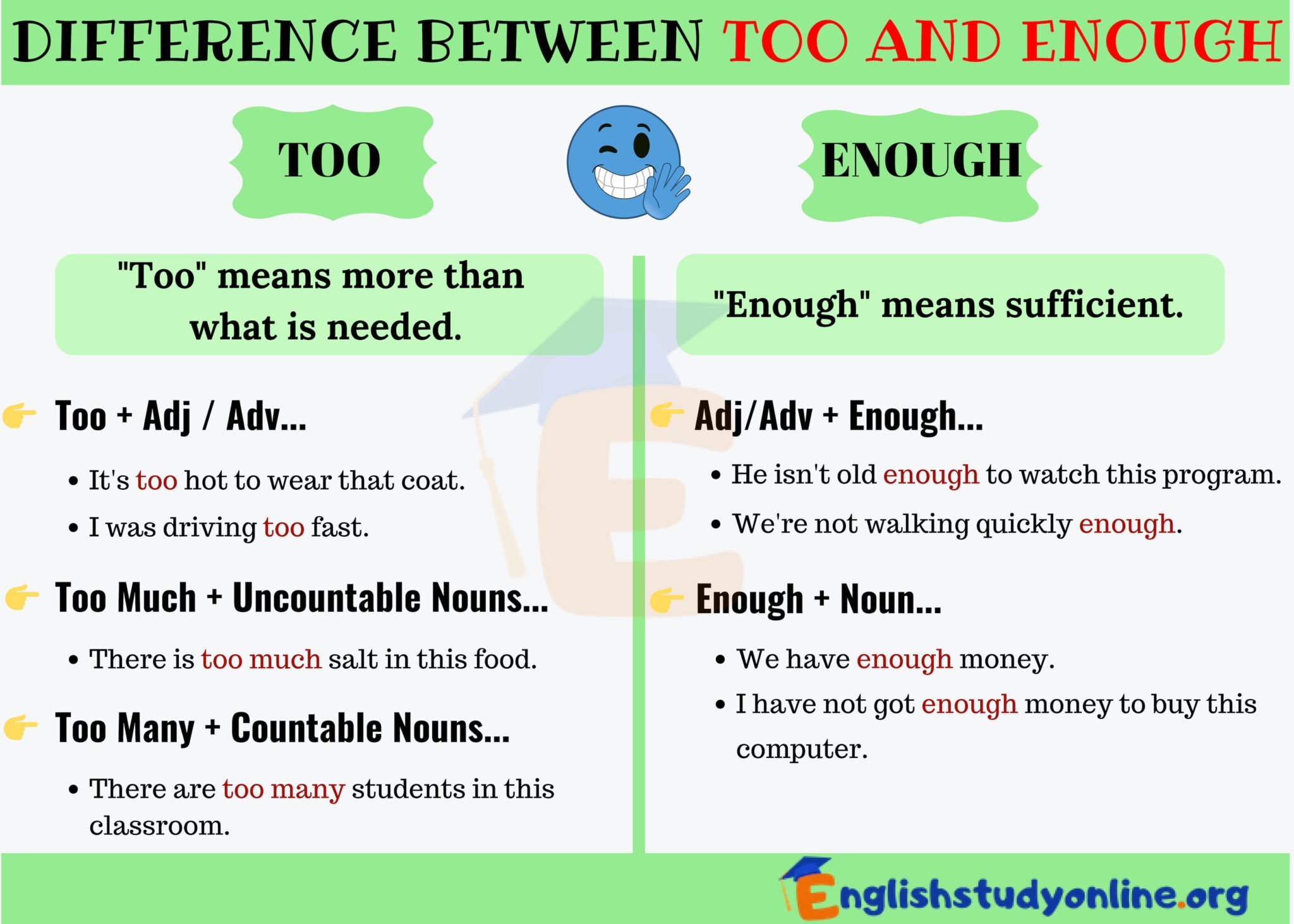 Too and enough indicate degree. They modify adjectives, adverbs, and nouns. This lesson will provide how to use Too and Enough with specific explanations and examples.

Use of Too and Enough

1. “Enough” comes after adjectives and adverbs:

1. “Too” comes before adjectives and adverbs:

TOO + ADJECTIVES or TOO + ADVERBS

2. “Too” may also come before nouns when it is used with the expressions too much and too many.

a. “Too much” is used before uncountable nouns.

TOO MUCH + UNCOUNTABLE NOUNS

b. “Too many” is used before countable nouns

TOO MANY + COUNTABLE NOUNS

Enough and Too | Infographic