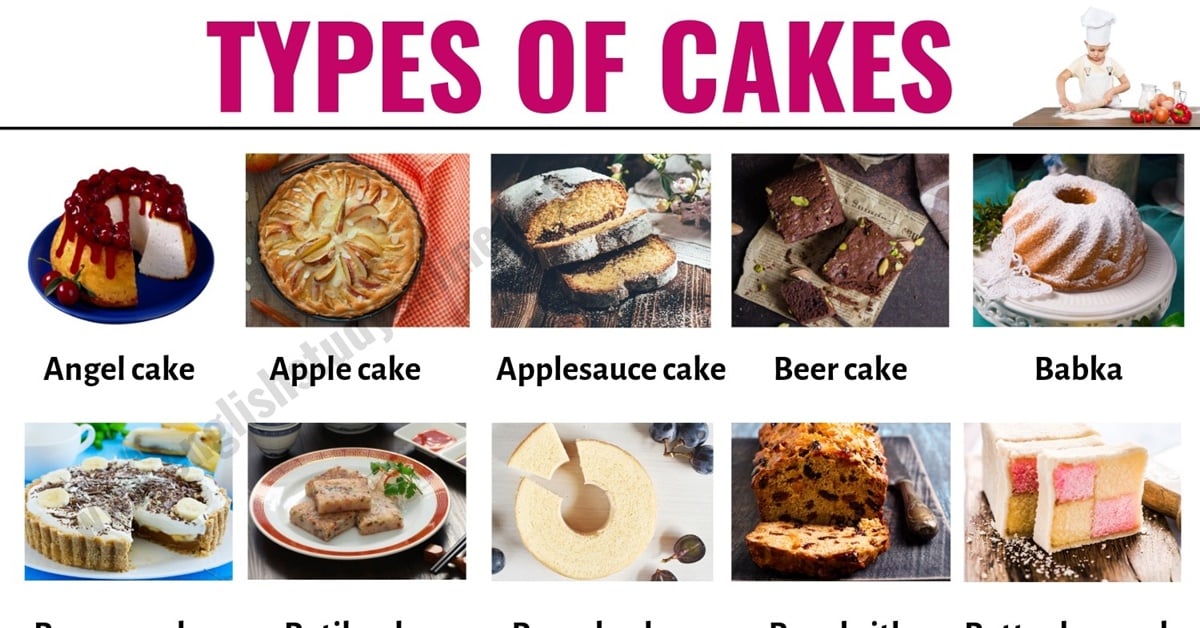 Types of Cakes in English! The following lesson will provide over 45 names of popular cakes in English from many countries around the world with their meaning and ESL pictures.

Cake is a form of sweet food that is usually baked. In their oldest forms, cakes were modifications of breads, but cakes now cover a wide range of preparations that can be simple or elaborate, and that share features with other desserts such as pastries, meringues, custards, and pies. People often use some kitchen equipment to make cake.

Names of Cakes with their Meaning 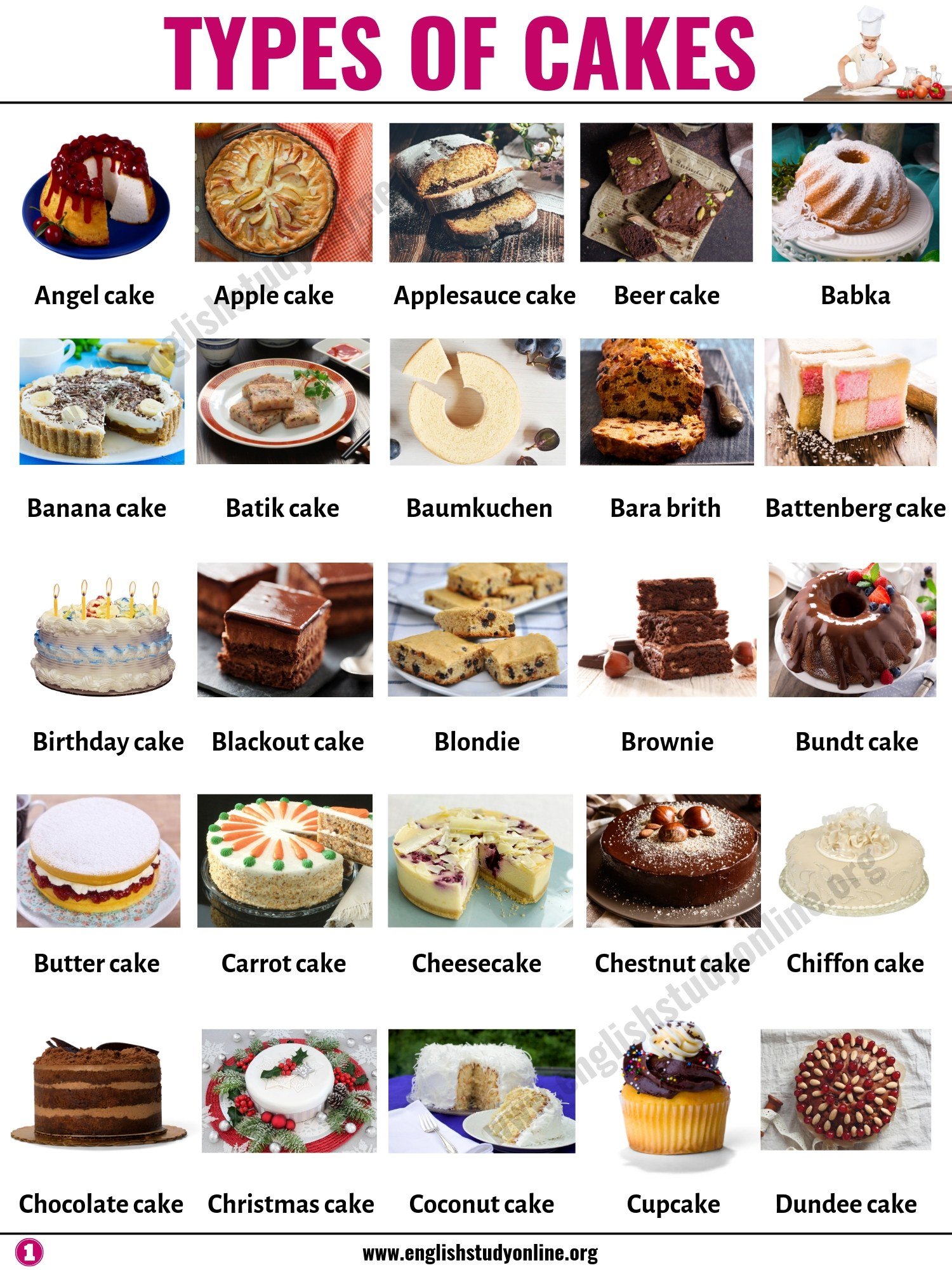 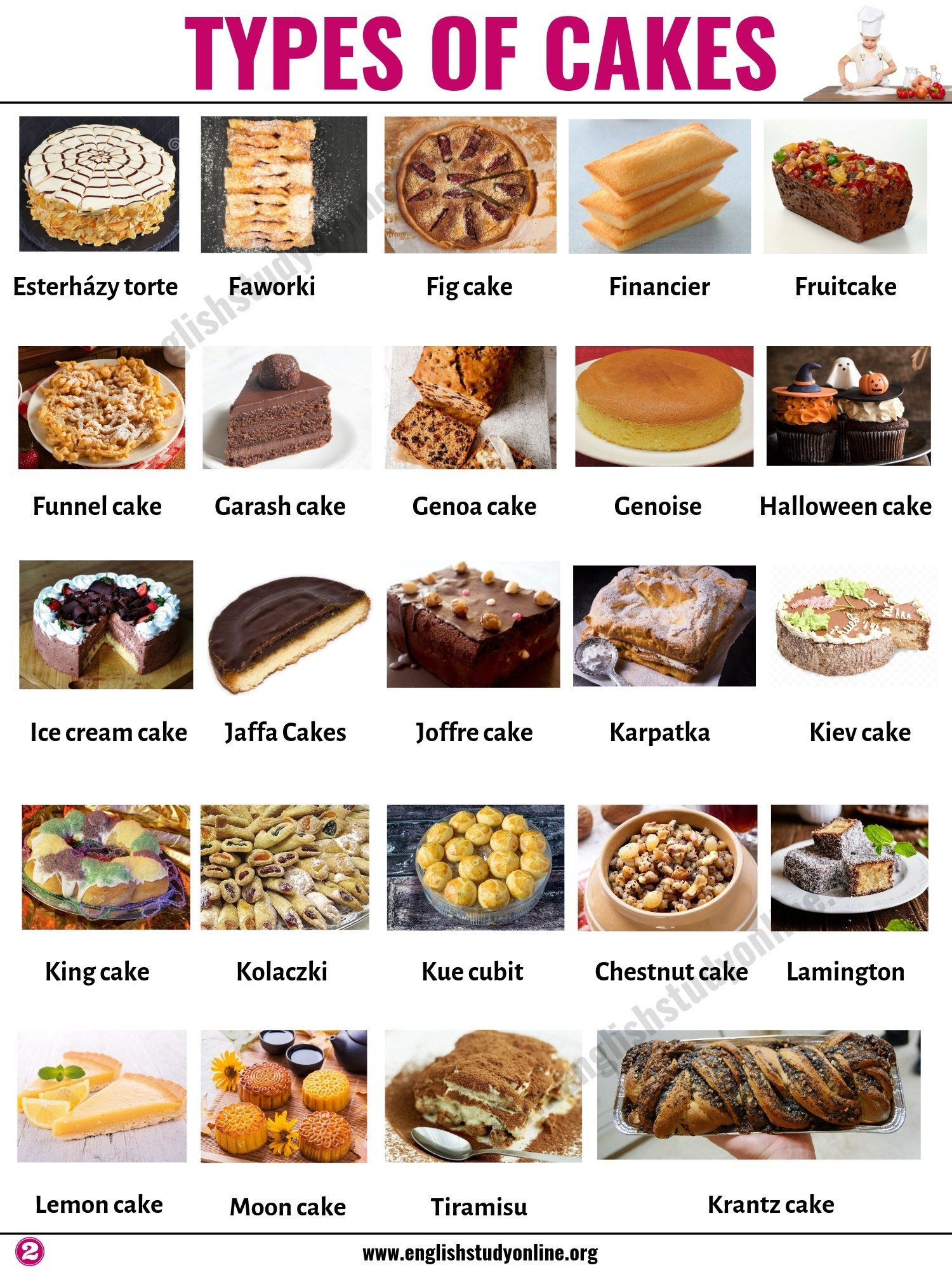