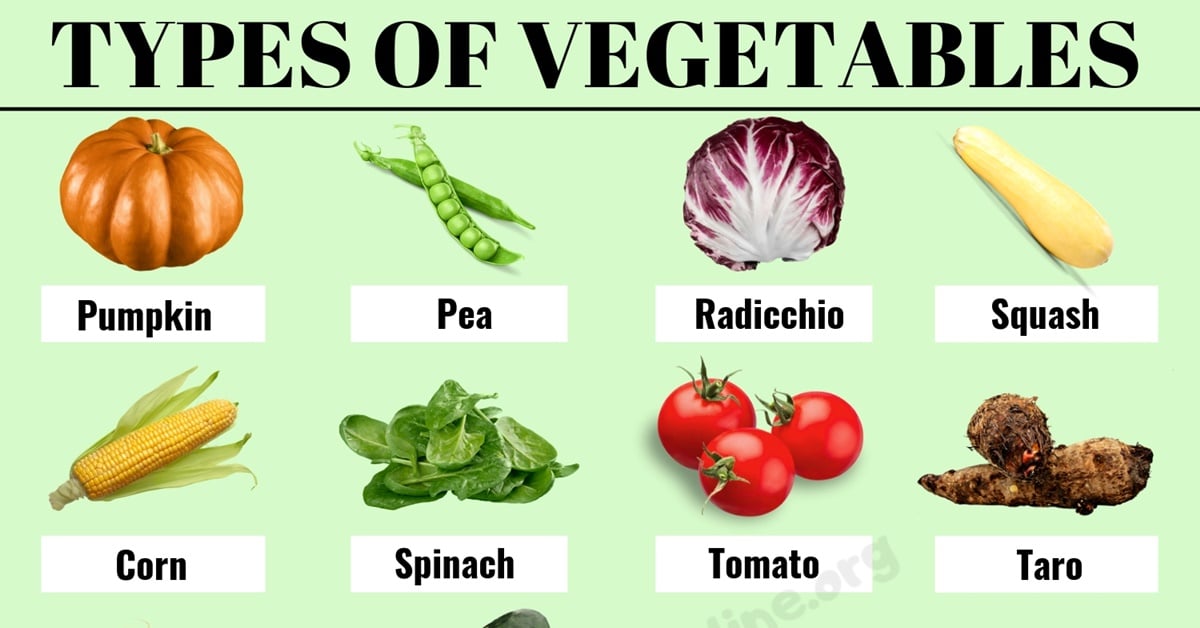 Types of vegetables! Learn the list of 40 different kinds of vegetables in the culinary (eating) sense in English with ESL printable infographics.

This is a list of plants that have a culinary role as vegetables. “Vegetable” can be used in several senses, including culinary, botanical and legal. This list includes botanical fruits such as pumpkin, bean, bell pepper, cabbage, carrot, etc.

Find the vegetable names with their images illustrated below: 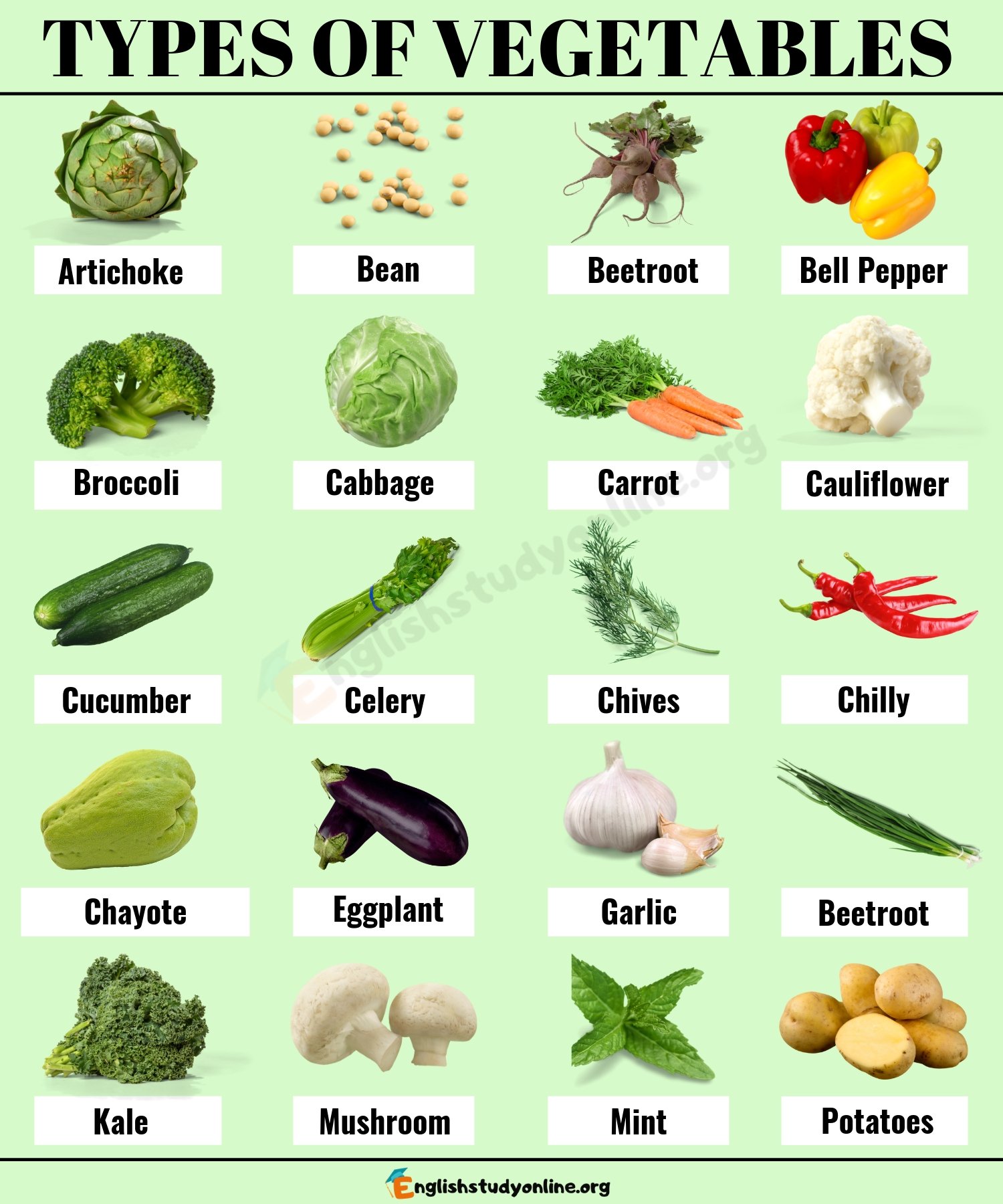 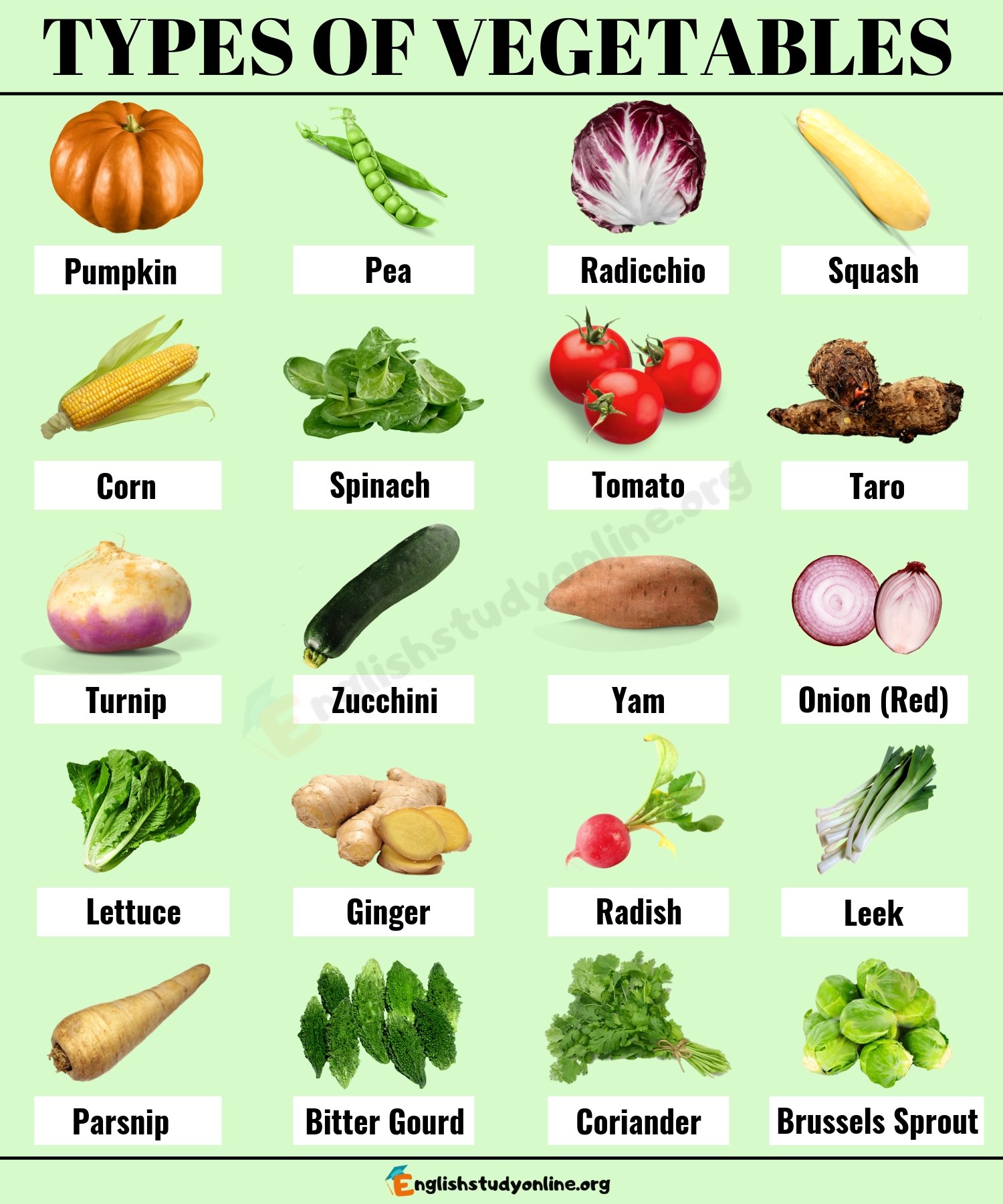 Hi, is it possible to download the pics? Thanks.

There are mistakes in the first picture (chives and beetroot).