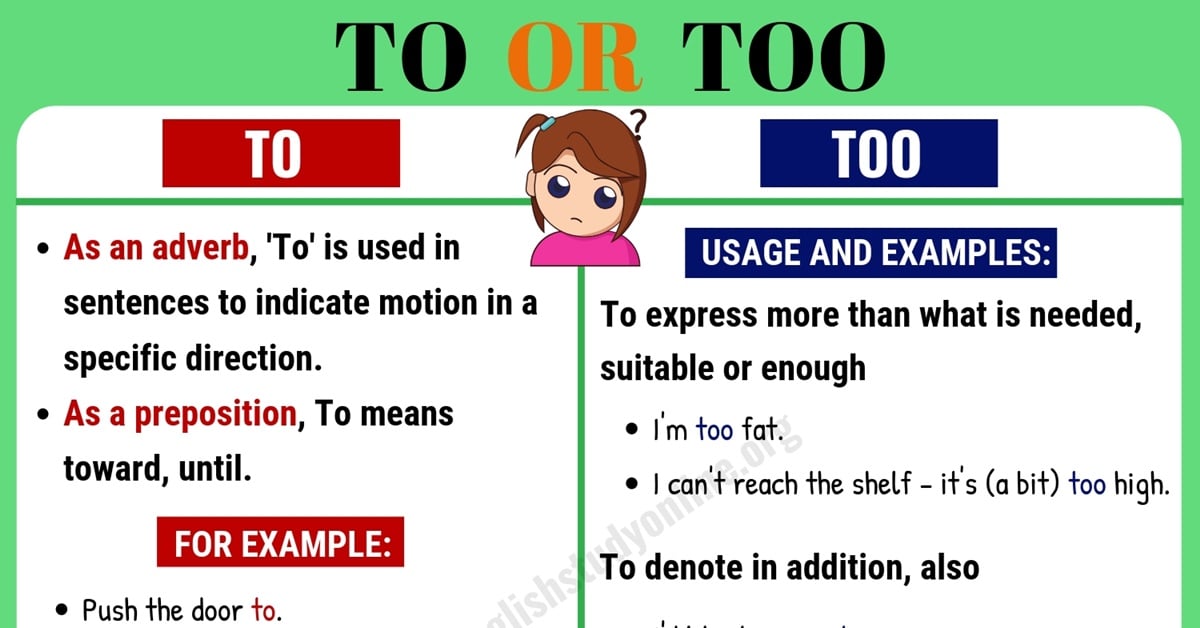 Difference Between To and Too! The words ‘to’ and ‘too’ are homonyms, that have similar pronunciation but differ in their meanings, spelling, and origin. The following lesson will help you understand how they differ with ESL printable picture.

Difference Between To and Too

While the word “to” is used in sentences to denote direction. On the other hand, the word “too” is used to indicate something of high degree, also or very. It’s an egregious offense because the two words are quite distinct. Ready to learn the difference between “to” and “too?” Let’s get to it.

“To” acts as an adverb or a preposition.

As a preposition, To means toward, until.

“Too”, only acts as an adverb. It means “also” or “in addition.”It is used when one wants to express something of high degree or intensity than needed or wanted.

1. To express more than what is needed, suitable or enough

2. To denote in addition, also

3. As a replacement to very, or completely

Confused Word: To vs Too | Infographic

The Difference Between To and Too | Image 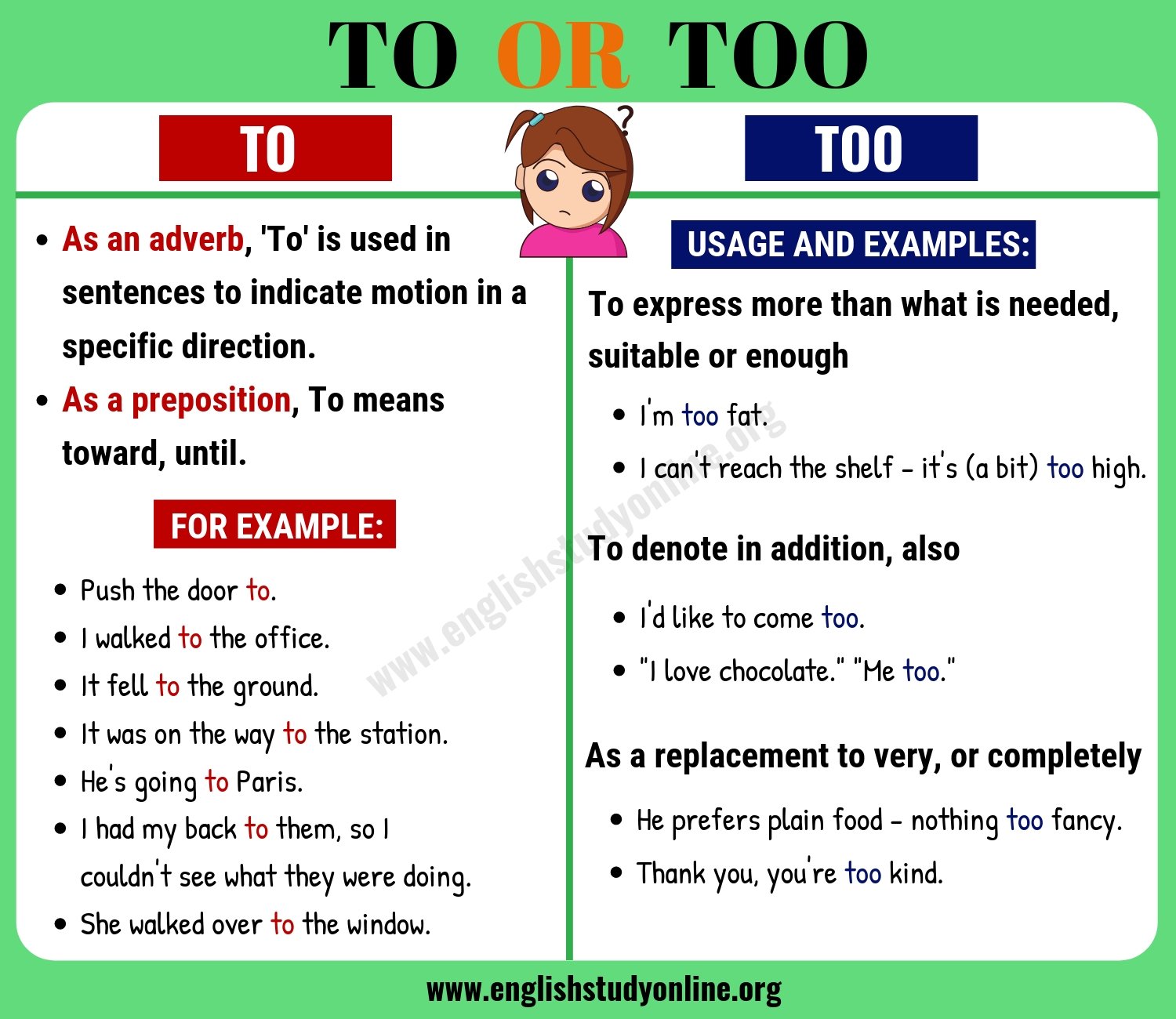